The couple claims they were duped into giving more than $420,000 in funds that were misappropriated 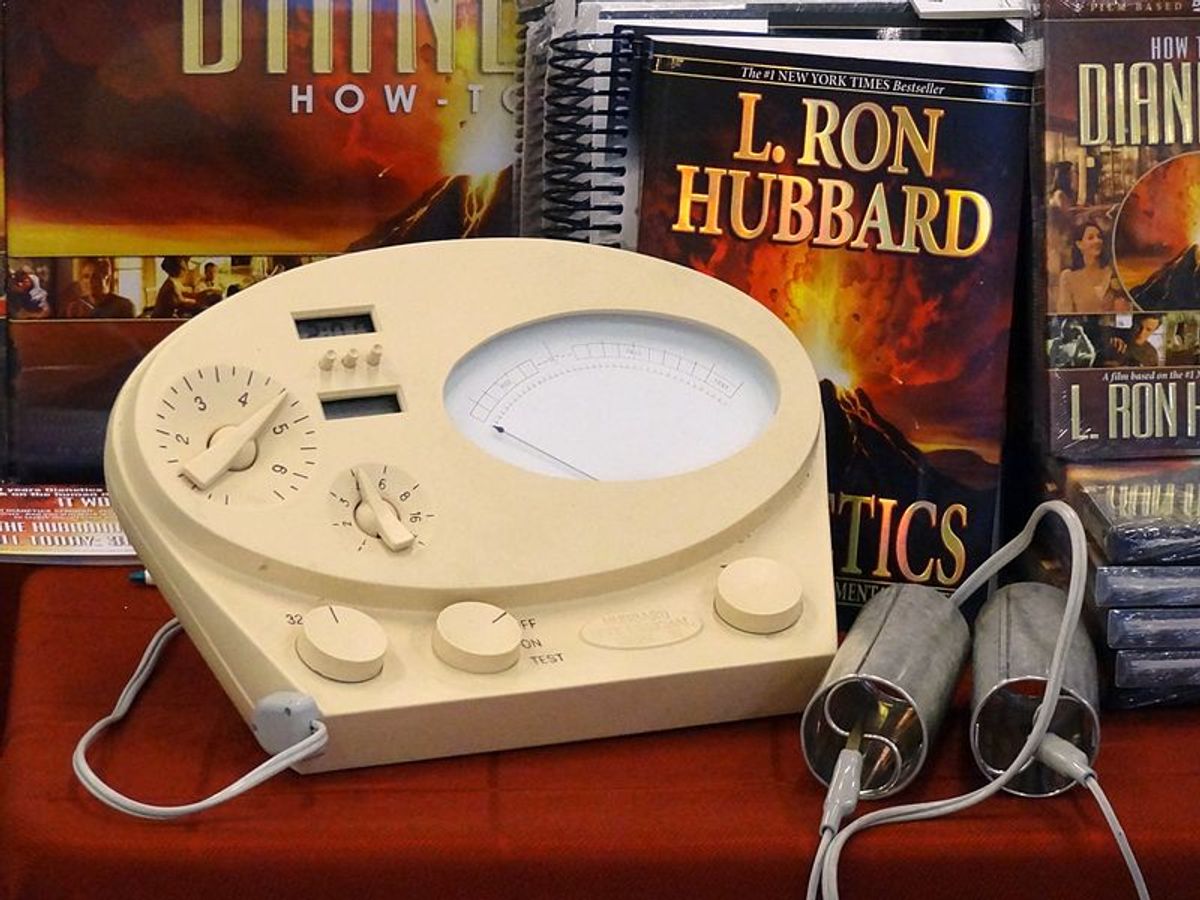 WEST PALM BEACH, Fla. (AP) — Two former members of the Church of Scientology claimed in a lawsuit filed Wednesday that the church and its affiliates deceived members into donating millions of dollars to misrepresented causes.

Luis and Maria Garcia of Irvine, Calif., filed the complaint in federal court in Tampa, near the church's national headquarters in Clearwater. The couple claims they were duped into giving more than $420,000 for a building campaign, disaster relief efforts and other Scientology causes, only to find the bulk of the money went to inflate the church coffers and line the pockets of its leader, David Miscavige.

"The church, under the leadership of David Miscavige, has strayed from its founding principles," the lawsuit claims, "and morphed into a secular enterprise whose primary purpose is taking people's money."

In an e-mailed statement, Scientology spokeswoman Pat Harney said the church had not yet been served with the lawsuit, but challenged any contention that money was misappropriated.

"We understand from media inquiries this has something to do with fundraising and we can unequivocally state all funds solicited are used for the charitable and religious purposes for which they were donated," Harney said.

The Garcias were 28-year members of the church, rising to upper levels of Scientology. They left in November 2010 over their disenchantment with its direction under Miscavige, who has led the church since founder L. Ron Hubbard's death in 1986.

The lawsuit names various trusts and nonprofits linked to Scientology as defendants and says they collectively engage in fraud, unfair and deceptive trade practices and breach of contract in their fundraising.

Attorney Theodore Babbitt of West Palm Beach, who is among those handling the suit, said it would be followed by more similar claims from former Scientologists. He said the Garcias still believe in the precepts of Scientology and that the litigation is not a commentary on whether it is a true religion, a question that has dogged it across the world since it was founded in the 1950s. Babbitt said, ultimately, that question is irrelevant when considering its members' donations.

"Whether you're a church or not a church, you can't defraud people," he said.

Among the accusations made in the lawsuit is that the Garcias and others were repeatedly approached with urgent requests for funding of Scientology work around the globe, such as disaster relief or campaigns for causes such as ending child pornography. Babbitt said high-ranking former Scientologists would testify that the church knowingly rerouted such collections for other spending, including financing a "lavish lifestyle" for Miscavige, stifling inquiries into church activities and finances and intimidating members and ex-members.

A common tactic, Babbitt said, when a disaster unfolded somewhere in the world, would be to send a small group of Scientologists with a camera crew that would pay locals in the affected area to appear on camera. A scene would essentially be staged, he claims, in which people would be begging or appear starving, even if it weren't the case.

A cornerstone of church practice is personal counseling sessions, known as auditing, in which members disclose many facets of their personal lives. Babbitt says members' own financial status and the accounts they hold would be known from those sessions and then be used in tandem with footage from disaster sites in desperate and urgent pleas for money.

"There's an emergency, we need your money right now, we know that you have X dollars in the bank in Los Angeles," Babbitt said, offering a paraphrase of how a member might be approached.

In the end, little if any of the money collected for such causes reached its intended place, he said. Those contributions, the lawsuit claims, were collected by a Scientology-linked group called IAS Administrations, which Babbitt says former church members will testify accumulated more than $1 billion in contributions.

The Garcias also claim to have prepaid for auditing and training services that was never provided and for which a refund has never been received, and to have given about $340,000 for the church's planned Super Power building for high-level coursework.