The Washington Post's Alexandra Petri claims that poetry is "obsolete." She couldn't be more wrong 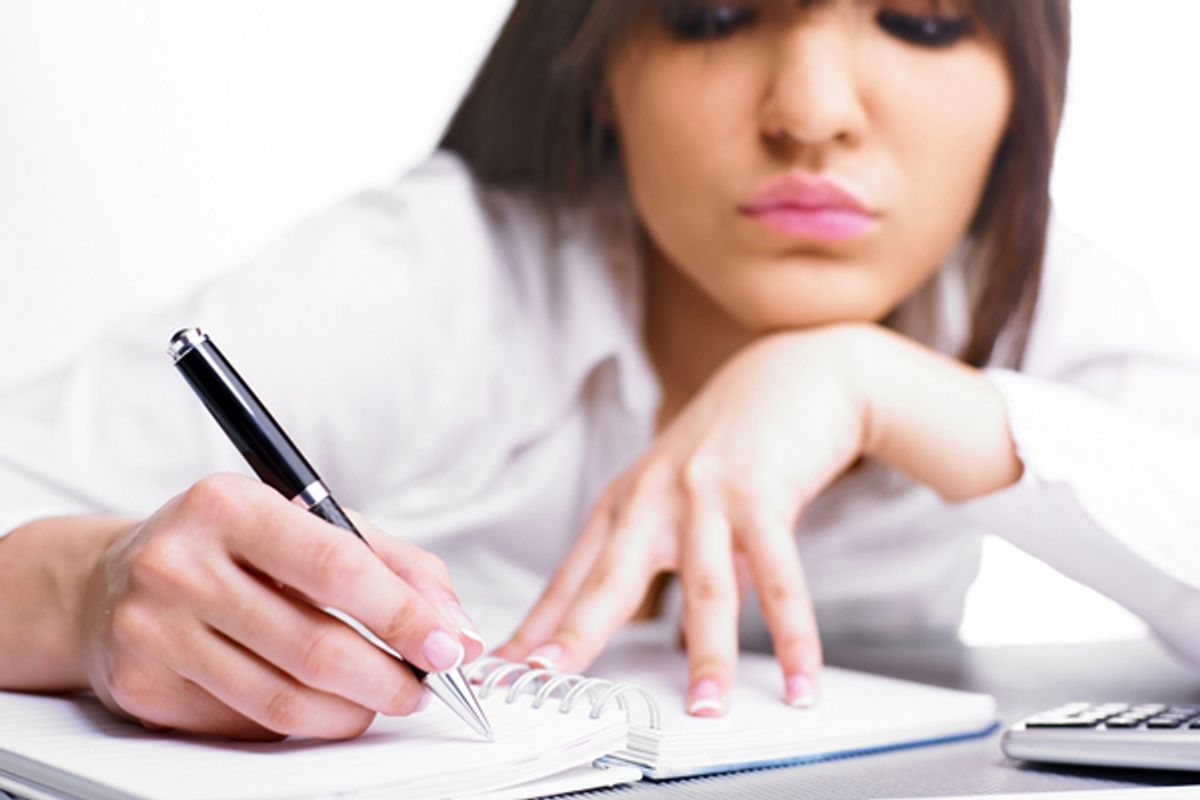 This article originally appeared on coldfrontmag.com.

I am writing in response to your attack on American poetry in your Washington Post blog today.  Throughout your piece, you forward assumptions based on your own lack of exposure and allow these to stand as truth. I know it is just an opinion blog, but people have been convinced by less, and despite your “blog voice,” I sense you might really believe what you are saying. I will also assume you are sincere in stating: “I hate to type this and I hope that I am wrong.” So I am glad to let you know that poetry is fine. In fact, it is thriving. Let’s look at your charges:

“You can tell that a medium is still vital by posing the question: Can it change anything?”

Your generalization does not specify what kind of “change” you mean. Literal political change? That’s what you go on to suggest. Along with “revolution.”

A requirement of political change is too much to ask of any artist. Kurt Vonnegut said in 2003: “every respectable artist in this country was against the war [in Vietnam]. It was like a laser beam. We were all aimed in the same direction. The power of this weapon turns out to be that of a custard pie dropped from a stepladder six feet high.”

There’s also Soviet filmmaker Andrei Tarkovsky: “Ever since art has existed, mankind has always strived to influence the world through it. But on the whole it has always failed to have much social or political effect. I think now, looking around me and also looking back, art cannot really affect social development. It can only influence the development of minds. It can work on our intelligence and on our spirit. But for changing things, there are greater social forces than art. After all, practically all human endeavor has as its aim the changing of the world.” (thanks Jason Bredle)

You claim poetry isn’t “vital.” I will try to explain. A sponge and dish soap are vital to me because they make change in the kitchen. To me, at least, poetry is vital because it has a similar effect on the life of my mind. Robert Frost, who read at JFK’s inauguration, once said that a good poem “ends in a clarification of life–not necessarily a great clarification, such as sects and cults are founded on, but in a momentary stay against confusion.” Frost never enacted legislation. But he continues to provide clarity. Poetry is very helpful to people for whom superstition is not enough.

More than 2,000 books of poetry are published each year in the U.S. But how many of these did you account for before making your harsh judgments? Have you read Timothy Donnelly? Anne Carson? D.A. Powell? Rae Armantrout? Dana Levin? Nathaniel Mackey? That’s off the top of my head. Here are forty from last year alone. And thirty from the year before that. And the year before that. I could go on.

Poetry changes things every day for many thousands of people in this country. (You claim “six.” I guess that is a “joke.”) So many of these poets are devoted not only to their craft, but to publishing magazines, to starting presses, to finding their way in a thriving, diverse, multifaceted, multi-talented, international community. You say contemporary poetry “is a limp and fangless thing.” Have you read Skin Inc.? Our Andromeda? Black Box? Fragment of the Head of a Queen? The Glimmering Room? Angle of Yaw? Unless these are the kinds of fangs you have in mind, in which case, I’m sure I could drum somebody up for that too.

Your most offensive comment, though, is your condescending assertion about Mr. Blanco’s career and claim to be an example of the “American dream”:

“He has overcome numerous obstacles, struggled against opposition both internal and external — in order to excel in poetry, a field that may very well be obsolete.”

I hope we’ve established that poetry is far from obsolete, and regardless, I know that no reasonable thinker on these matters would conflate popularity and artistic viability. Rejecting a whole genre, too, is critically insolvent unless you’ve experienced it to the point where you distinguish its good parts from its bad. Your complaint isn’t much different from complaints like “I hate hip-hop” or “I hate country”—they are always generalizations, and are almost always made by people who haven’t spent enough time listening. Which makes them irrelevant. Obsolete, even.

Yet you’ve got Mr. Blanco’s picture up on the Post, making him look like a shamed politician for performing an incredible honor—and not one the poet ever would’ve dreamed up for himself.

Lastly, you comment that in poetry these days, “you can just spray it liberally onto the Internet and hope it sticks. Or am I being too harsh? Something similar could be said of journalism, after all.” Yes, something very similar could be said for journalism, and I don’t just mean in your piece—provocatively titled “Is poetry dead?”—which, I will reiterate, got a surprising green light despite its failure to include a single contemporary poet other than one who just spoke at a Presidential Inauguration.

But there are many, many more, and a very small percentage receive grants. We are here, and we plate your dinners. We teach your kids. We slave over works we know will receive no wide audience. We shoe your horses. We work in all kinds of offices. We write about all of this and none of it, and some of us do it really, really well. We find ways to make a living and still practice an art form that yields clarity and meaning. How is that not Blanco’s “American dream” in every sense?