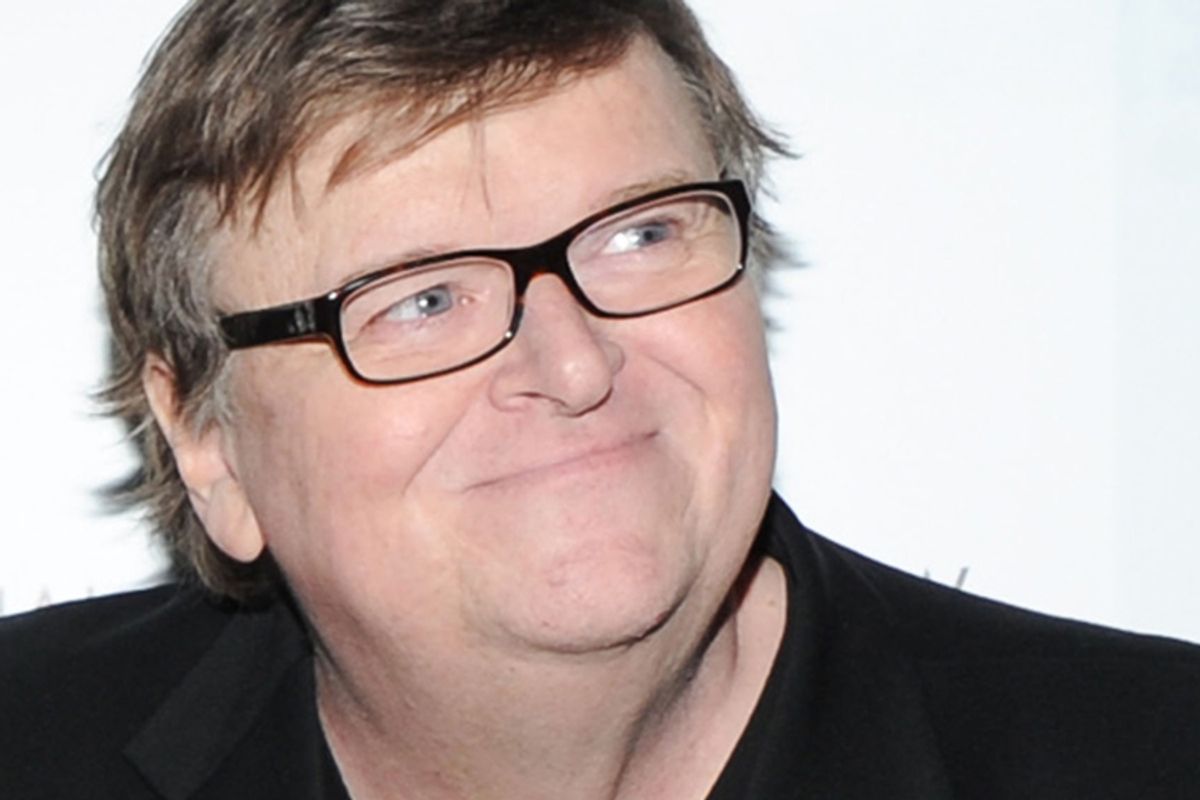 The filmmaker Michael Moore has come out in favor of "Zero Dark Thirty" — the movie whose depiction of torture has been a continued object of controversy. In his Facebook post, Moore reveals "spoilers" about specific plot tips, and details the manner in which the film depicts, but does not, he says, endorse torture.

Moore cites the fact that the torture depicted by "ZDT" does not actually yield new information: "The CIA has had the name of this guy all along! For ten years! And how did they get this name ten years ago? From 'a tip.' A random tip! No torture involved."

But whether or not the torture "worked" in finding bin Laden, Moore says, is the wrong debate: "After watching the brutal behavior of CIA agents for the first 45 minutes of the film, I can't believe anyone of conscience would conclude anything other than that this is morally NOT right." Moore, a documentarian, does not come down one way or another on the question of whether the film is a documentary, a work of reporting, an entirely fictional film, or whatever -- a tightrope that director Kathryn Bigelow has been walking in her recent media blitz. It seems he takes as fact the assertions the film makes, concluding his piece by praising Barack Obama for putting an end to the torture the film portrays.

Moore's asking whether this is "a 21st century chick flick" broaches another argument altogether — one that he toys with before dismissing. "This is a movie about how we don't listen to women, how hard it is for them to have their voice heard even in these enlightened times."

Bigelow, her movie having, by now, been treated as a political totem by partisans of every ideology, can very likely relate.