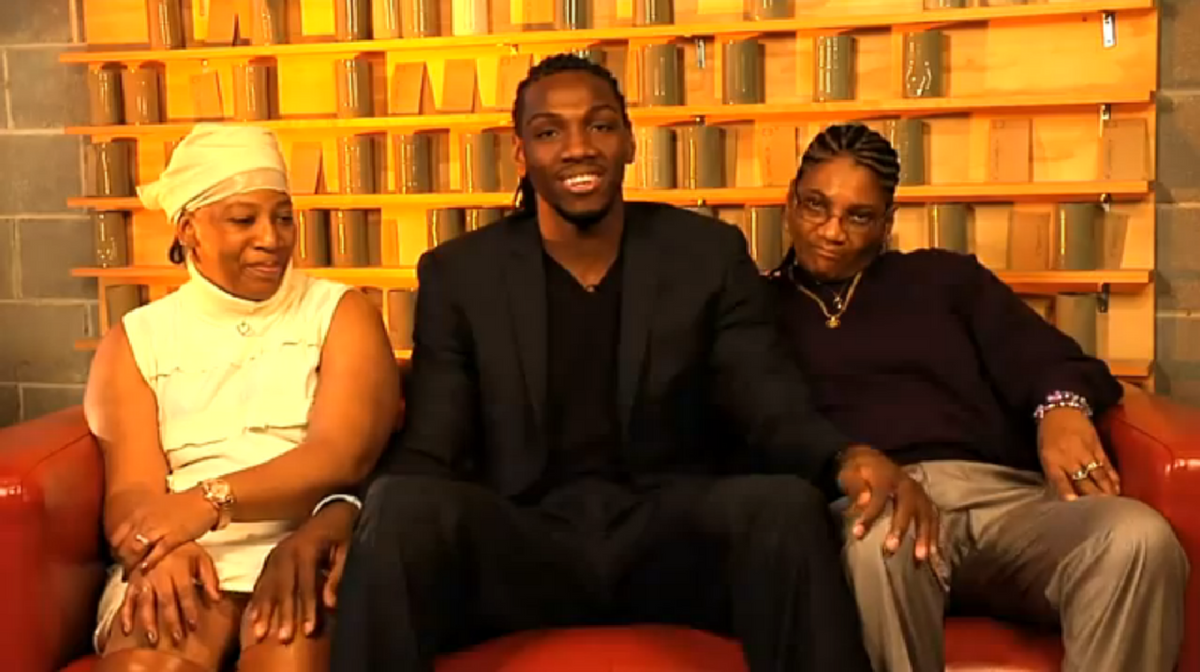 Kenneth "the Manimal" Faried is a Denver Nuggets power forward whose high-energy play and extravagant dreadlocks have made him a darling of the basketball intelligentsia. He's also the star of a moving new video endorsing civil unions for One Colorado, a statewide advocacy organization dedicated to protecting the rights of the LGBT community.

Faried appears with his two mothers, Carol and Waudda (both of whom are painfully, adorably shy), and offers a few stories about how they met and the kinds of adversities they've had to overcome as a family. Fairly or not, the NBA's players have earned something of a reputation in recent years for homophobia, which makes the video's message that much more refreshing. "Nobody can ever tell me that I can't have two mothers," says Faried. "Because I really do."

Watch "the Manimal" and his clan below: