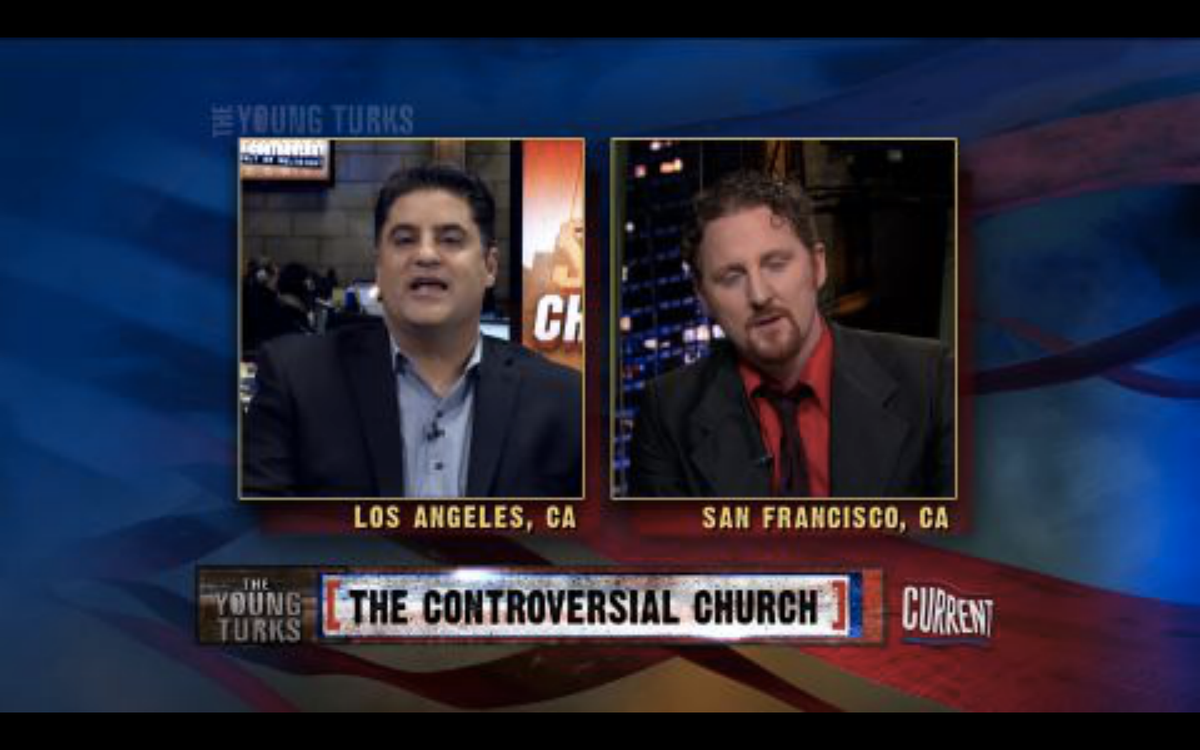 Uygur had DeWolf on to talk about how people get sucked into Scientology. “How do they do it?” asked Uygur.

DeWolf also explained how Scientology specifically tries to rope in celebrities, though they are often “insulated from the nastier aspects of it.” DeWolf said Elvis Presley turned down an offer to join Scientology.

“Is it a case study in how you can gradually brainwash people?” asked Uygur. “I think it’s one of the most brilliant and devious systematic brainwashing systems that’s ever been invented,” responded DeWolf.

Scientology “works through electrified hypnosis. It works through past life regression therapy. It works through a lot of hodgepodge of ideas thrown together with this extremely brutal sort of security sense and this kind of like CIA-like structure that becomes really intoxicating to people. But to meet people who’ve been out of the cult — I mean, yeah, you want to ask them about Xenu and aliens — but the fact is these are smart people. They’ve just been completely destroyed,” said DeWolf.