An additional 200 may be injured 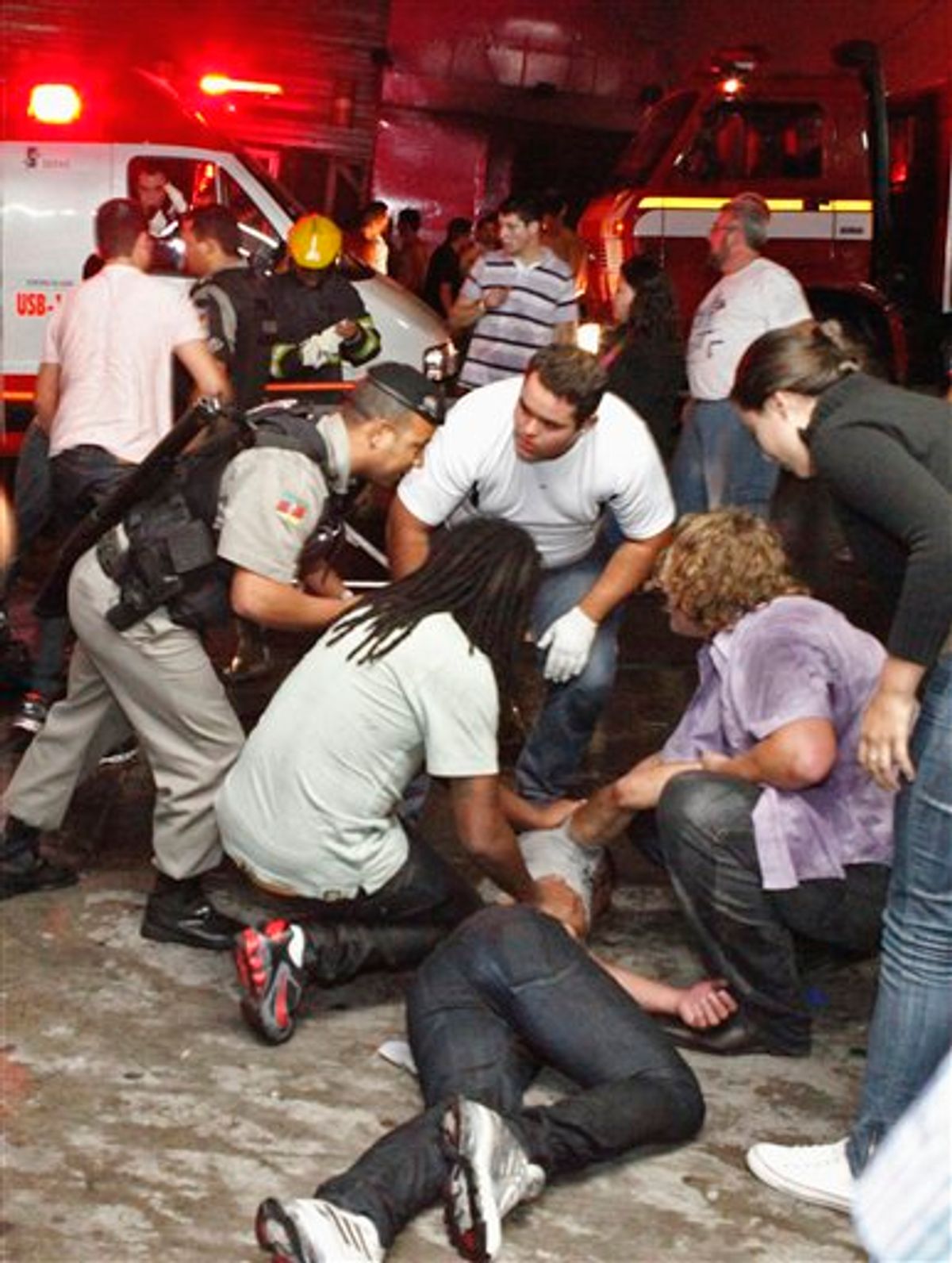 Police Maj. Cleberson Braida told local news media that the 245 bodies were brought for identification to a gymnasium in the city of Santa Maria.

That toll would make it one of the deadliest nightclub fires more than a decade.

The cause of the fire is not yet known, officials said. Officials earlier put the death toll at 180.

Civil Police and regional government spokesman Marcelo Arigoni told Radio Gaucha earlier that the total number of victims is still unclear and there may be hundreds injured,

The newspaper Diario de Santa Maria reported that the fire started at around 2 a.m. at the Kiss nightclub in the city at the southern tip of Brazil, near the borders with Argentina and Uruguay.

Rodrigo Moura, whom the paper identified as a security guard at the club, said it was at its maximum capacity of between 1,000 and 2,000, and partygoers were pushing and shoving to escape.

Ezekiel Corte Real, 23, was quoted by the paper as saying that he helped people to escape. “I just got out because I’m very strong,” he said.

“Sad Sunday”, tweeted Tarso Genro, the governor of the southern state of Rio Grande do Sul. He said all possible action was being taken and that he would be in the city later in the day.

Santa Maria is a university city with a population of around a quarter of a million.

At least 194 people died at an overcrowded working-class nightclub in Buenos Aires, Argentina, in 2004.

A blaze at the Lame Horse nightclub in Perm, Russia, broke out on Dec. 5, 2009, when an indoor fireworks display ignited a plastic ceiling decorated with branches, killing 152

A nightclub fire in the U.S. state of Rhode Island in 2003 killed 100 people after pyrotechnics used as a stage prop by the 1980s rock band Great White set ablaze cheap soundproofing foam on the walls and ceiling.