A series of opaque interviews on today's Sunday shows 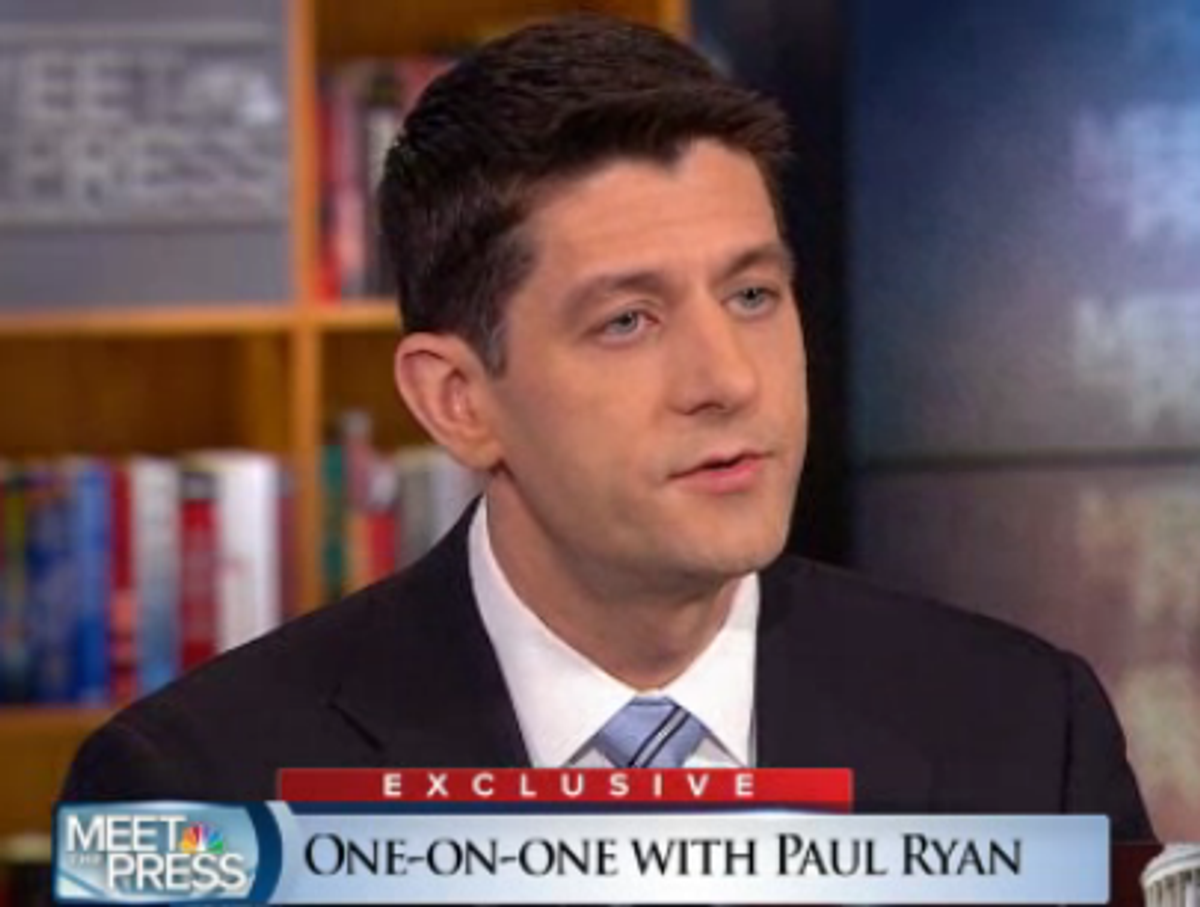 “Face the Nation” highlighted a series of views on gun control. New York City police commissioner Ray Kelly, whose job involves fighting crime, said universal background checks on gun sales could have a measurable impact. “About 6 million weapons estimated were sold last year without a background check. So that’s a significant, that’s the loophole that they talk about. I think the background check will also be helpful in identifying store purchases, making them more aware of the fact that their now on record and you can record purchases that they make.”

Universal background checks aren’t the bills in play right now. (Or at least not yet.) Instead, Senator Dianne Feinstein (D.-Calif.) defended the prospects of the assault weapons ban that she is sponsoring "because the American people are very much for it, " even though she acknowledged that it confronts an “uphill battle” to become law.

The proposed ban is a rehash of a federal law that was in force for a decade until it expired in 2004. The bill’s effectiveness is disputed but Feinstein’s office has cited a Justice Department study which found that the ban reduced the number of gun murders by almost seven percent. On the show Kelly said that he generally supported the law though only two percent of gun violence in New York City involves assault weapons.

In a separate conversation, Rep. Marsha Blackburn (R.-Tenn.) and self-employed conservative gadabout Newt Gingrich discussed guns. Blackburn first staked out a bold position in favor of keeping children safe and then went on to explain why access to guns has nothing to do with school shootings:

“I think that we’re looking at the symptoms, we’re not looking at the root causes…I’ve got to tell you, an assault ban is not the answer to help keep people safe …You look at the mental health issues and you look at the psychotropic and psychiatric drugs that a lot of the youth are taking, that individuals that have committed these crimes are taking. You look at the violence that there is in entertainment and video games and don’t just go say, “We’re going to an assault weapons ban and that’s going to solve the problem, because it is not going to get to the root of the problem..”

Interviewer Bob Schieffer suggested that a shooter could do far less damage with a baseball bat than a semi-automatic rifle and Rep. Blackburn put that idea down like a rapid dog. I've reached out to Blackburn’s office to ask what drugs she is referring to and what mental health measures she supports.

Gingrich also refused to consider any compromise on guns:

I think the term ‘assault weapon’ is propaganda. Any true military weapon is illegal, has been illegal since 1934…The fact is that every political attack from John F. Kennedy to the present has involved a weapon which would be legal under Senator Feinstein’s law…We ought to have the courage to look at the facts and not create propaganda.”

I did not reach out to the disgraced speaker of the house for clarification because it's not clear why his views are relevant to anyone except himself.

This Week featured an interview with Mark Boal, screenwriter and producer of the Best Picture nominated movie “Zero Dark Thirty,” about the manhunt for Osama bin Laden. The film has been criticized for crediting torture with helping to find the terrorist, and some in Congress have called for an investigation of the film. Boal defended himself by saying, in essence, I struck the perfect balance between fact and fiction:

I think that it could discourage other screenwriters or…writers of any kind from making topical movies, it could discourage studios from releasing them,” Boal said. “Criticism is fine, and we, I can take criticism onboard…but there is a difference between criticism and investigation. And I think that crosses a line that hasn’t been crossed really since the ’40s, when you talk about government investigating movies.
…
These topics are controversial. I think the controversy in a lot of ways predates the film. And I believe that we capture the essence of what happened and so do many other people who have lived through it,” Boal said. “I approached the research the way I would’ve approached the research of any article or if I was writing a book. But then there’s a second stage, which is you take that research and you compile it and transform it into a screenplay. It’s dramatized.

Boal brought backup to This Week in the form of heavyweight journalist Mark Bowden who said “I think it’s really an unfair burden of expectation to put on a feature film, to call it journalistic. I mean, journalism is very detailed…you try to get down in the weeds and sort out exactly what happened…And I don’t think that a feature film is really a place where that happens.”

Over at “Meet the Press,” Rep. Paul Ryan (R.-Wis.) continues to be very good at sounding reasonable without taking on the substance of the critiques against him: