It's true: New Hampshire police chiefs are giving away a gun a day in May, one of them just like the Newtown weapon 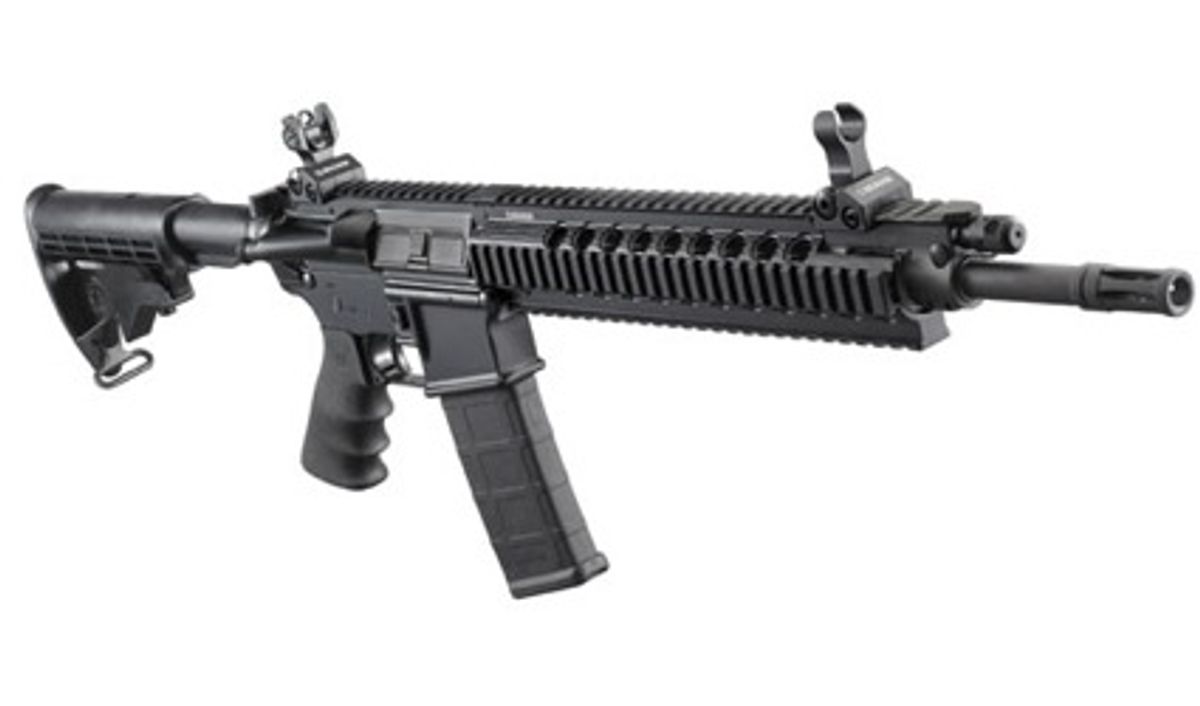 A New Hampshire police chief is outraged that an AR-15-style rifle -- the same type of gun used by Adam Lanza in the Newtown school massacre -- is being auctioned off in a statewide fundraiser.

Even more outrageous: the auction is being run by the New Hampshire Association of Chiefs of Police for its cadet training program.

Nicholas J. Giaccone Jr., the Hanover, N.H., chief of police, told the New York Times that he cursed at his computer when he Googled the Ruger SR-556C, one of 31 guns the organization (along with two New Hampshire gun makers) is raffling.

"It's an assault rifle," Giaccone said.

Many state lawmakers and gun-control supporters are also stunned that a law enforcement organization would get behind a fundraiser involving guns like this so close after Sandy Hook and during a divisive national debate over gun control. But organizers don't see the problem -- and some supporters even charge critics with playing politics.

"Anybody that's speaking up is using the Newtown massacre as a pretext to poke at the issue negatively," Richard Olson Jr., the president of the New Hampshire Wildlife Federation told the Times.

One thousand tickets quickly sold out. The group will select a winner on each day of May.

“There’s nothing wrong with what the chiefs are doing,” State Rep. Al Baldasaro, a Republican, told the Boston Globe. “The only ones who are saying it’s insensitive are these liberals out there who want to take away your guns. The shooting in Newtown had nothing to do with law-abiding citizens.”

Critics had harsher words: “It’s disgusting that any law-enforcement agency would be voluntarily giving away military-style weapons,” said John Rosenthal, founder of Stop Handgun Violence, told the Globe. “This raffle giveaway should be canceled and shame on the New Hampshire Police Chiefs Association if they don’t.”