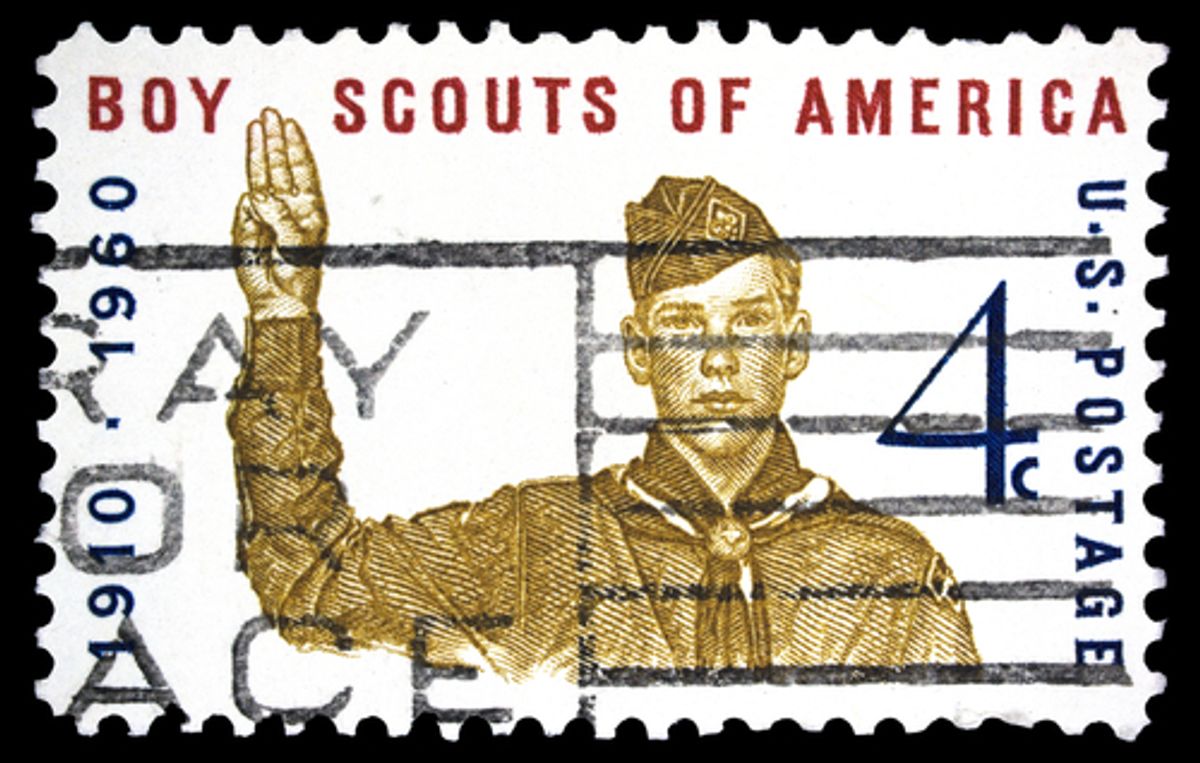 According to scouting officials and outsiders familiar with internal discussions, the Boy Scouts of America is "actively considering" an end to its decades-long policy of banning gay scouts and scout leaders, NBC News reports.

The new policy, if adopted, would eliminate the ban from the national organization's official rules, but leave local chapters and sponsoring organizations to decide whether or not to admit gay members.

And this uneven application of inclusivity will be a problem for the organization. In fact, it already is.

Just this week, a Maryland chapter of the Boy Scouts was recently forced to drop an anti-discrimination charter by a regional council, issuing the following statement:

And before you go and think that it's the courage of young gay scouts fighting the policy from within that caused the national organization's change of heart, consider this: Openly discriminating against gay members has taken a financial toll on the Boy Scouts.

As reported by NBC News:

About 50 local United Way groups and several corporations and charities have concluded that the ban violates their non-discrimination requirements and have ceased providing financial aid to the Boy Scouts.

If approved, the change could be announced as early as next week. As for the actual impact of the policy? We'll just have to wait and see.