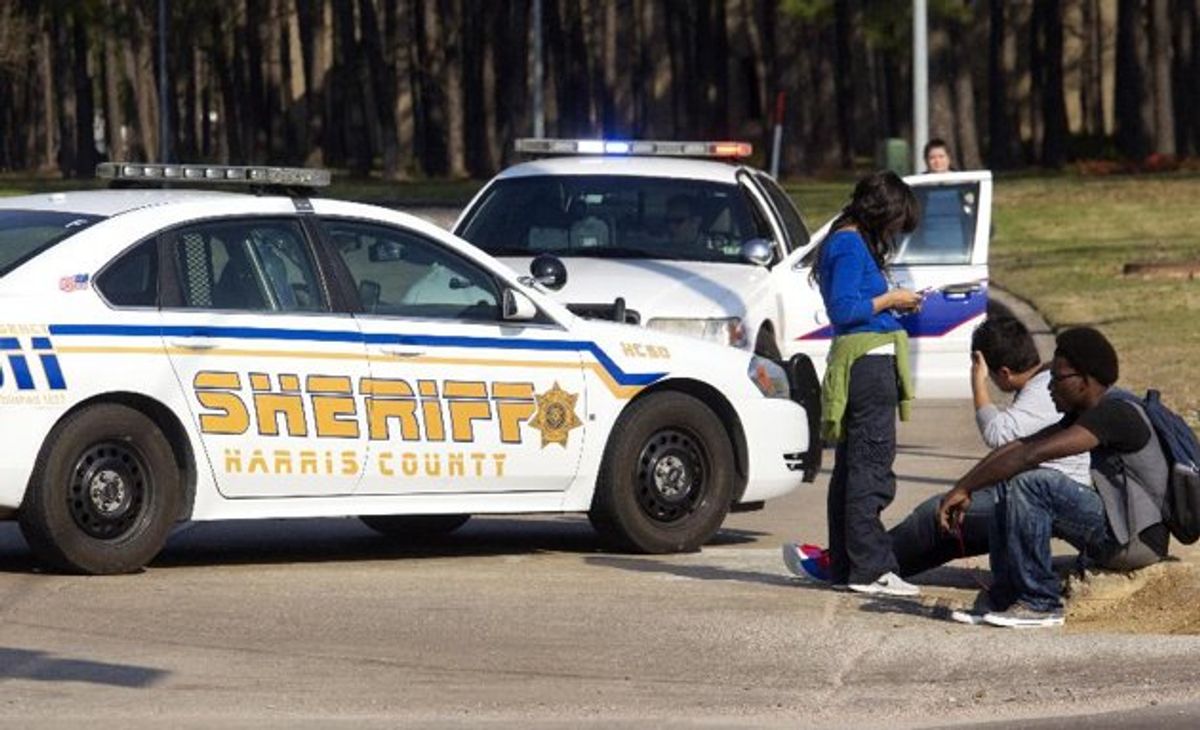 HOUSTON (AP) — Prosecutors on Monday dropped charges against a 22-year-old man who authorities initially believed was involved in a shooting that wounded him and two others at a Houston-area community college.

Carlton Berry was arrested soon after the Jan. 22 shootings at Lone Star College and charged with two counts of aggravated assault with a deadly weapon.

But authorities later accused another man, Trey Foster, 22, of being the shooter. Foster has been charged with two counts of aggravated assault and faces a charge of resisting arrest in an earlier case. He was arrested Friday in the Dallas suburb of Plano.

Investigators say the shooting happened after 25-year-old Jody Neal bumped into Foster while Foster was walking with Berry. Foster and Neal argued but went their separate ways. When the two ran into each other 30 minutes later, they argued again and Foster fired at Neal, wounding him in the abdomen and leg. Authorities say at least 10 shots were fired. Berry was wounded, and a maintenance worker for the college, Bobby Cliburn, 55, was hit in the leg.

The shooting caused panic among students and led to a campus lockdown.

Prosecutor Alison Baimbridge said that in the interest of justice, authorities have dropped the charges against Berry.

"I think as with any investigation, the more work that is done, the more witnesses that are spoken with, the more evidence that is collected and tested, I think once you do all of that, you are better able to determine who was where, what actually occurred. Once you put all of that together you see the bigger picture," Baimbridge said after a court hearing in which the charges against Berry were formally dropped.

Berry's attorney, Robert A. Jones, said his client should not have been charged in the first place and should not have been jailed because the evidence showed he was a victim. Berry was shot in the left hip, which Jones said was an indication that Berry might have been facing away or running away from the shooter.

Berry was expected to be released from the Harris County Jail later Monday, and Jones said he just wants to go home.

Foster made his initial court appearance Monday. He is being held on bonds totaling $100,000, and if he posts them, a judge ordered him subject to GPS monitoring and a curfew.

Quanell X, a community activist who is a spokesman for Foster's family, said Foster told him Berry had nothing to do with the shooting. Berry and Foster apparently knew each other from school.

"It was inappropriate and wrong for Trey to have a pistol on campus," he said.

Quanell X said Foster legally bought the .40-caliber handgun authorities say was used in the shooting at a sporting goods store in Houston. Foster took a class for a concealed handgun license but had not completed the process to get a license, he said.

"He was very remorseful and sorry that innocent people got shot," he said.