Do smokers and the obese deserve insurance?

Changes to healthcare could mean a $5000 premium spike for some tobacco users, sparking an age-old debate 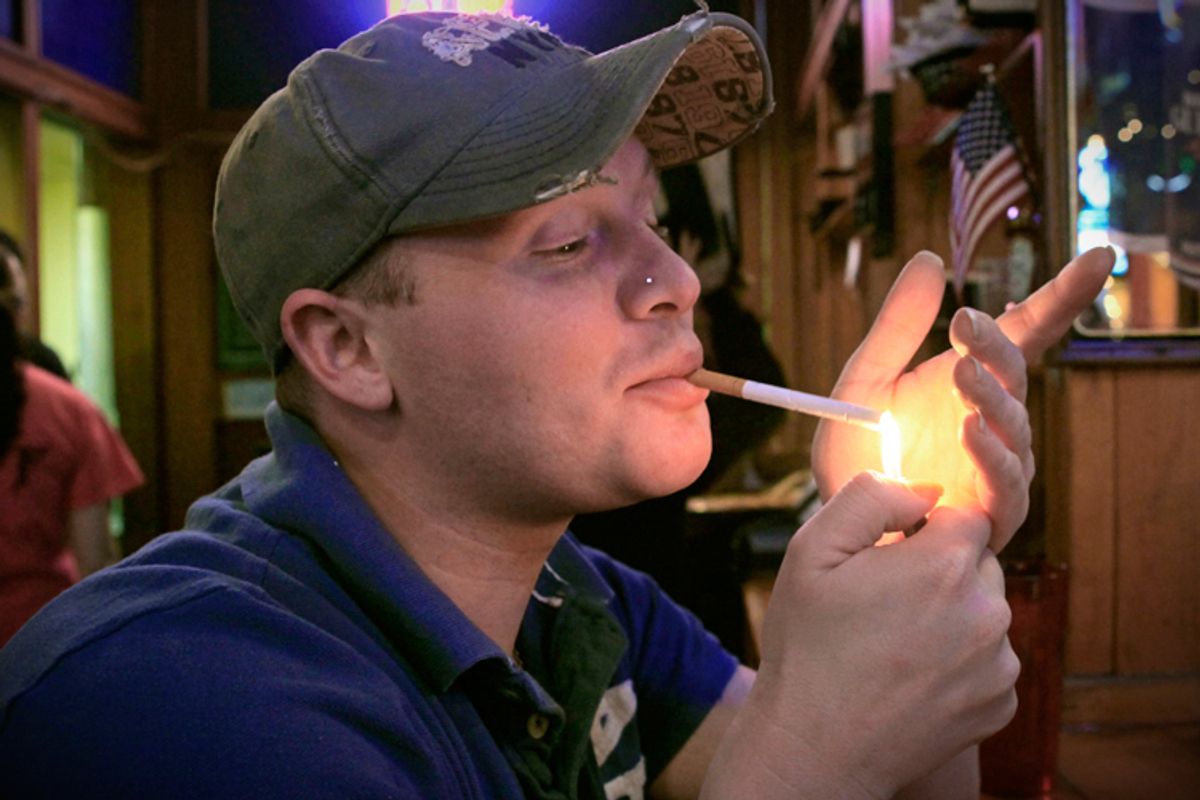 What's a health incentive – and what's a penalty? In the past few days, the perennial debate has reared its head again; as the start of Obama's second term has brought us closer to changes in the healthcare system, a stream of dire news stories on what that might mean for some Americans have inevitably cropped up.

Last week, the Associated Press warned ominously that starting next January, "Millions of smokers could be priced out of health insurance because of tobacco penalties in President Barack Obama's health-care law." For insurance companies that opt to enforce the full amount, the change could mean as much as a $5,000 premium spike per year for older smokers. That change would have a serious impact on low-income individuals, who "would depend [more] on the new federal health-care law" — and who account for a far higher proportion of the one in five Americans who smoke. Nearly 450,000 Americans die of smoking-related diseases every year.

Since that news of potential changes to how health insurance is meted out to smokers in this country first appeared, the conversation has expanded -- and become more judgmental. A follow-up AP story this weekend asked, "Do penalties for smokers and the obese make sense?" In it, reporter Mike Stobbe asks, "Experts say society must grapple with a blunt question: Instead of trying to penalize them and change their ways, why not just let these health sinners die?"  Two days later, MSN just got even more to the point, with a Monday headline on the story asking, "Should we let smokers and fat people die?" -- complete with a stock image of a fat, smoking slob with a drink on his chest and his hands down his underpants. Subtle!

The way it's being written about, you'd certainly think that there was a movement afoot to lock up the smokers and the husky-size people, and ship them off to Eff Off and Die Island. Cornell health economist John Cawley tells the AP, "If I'm obese, the health-care costs are not totally borne by me. They're borne by other people in my health insurance plan and — when I'm older — by Medicare." The American Journal of Preventive Medicine estimates that obesity alone will cost this country $549.5 billion between now and 2030 -- and it kills 300,000 individuals annually.

But the health issues that are plaguing our country are far more complicated than pointing fingers at who's going to pay for them – and require complex, compassionate and long-term strategies. For example, the Affordable Care Act includes provisions for "wellness programs" that can offer "rewards" as long as they're "reasonably designed to promote health or prevent disease." Simply raising premiums – or continuing to throw money into treating smoking and obesity-related diseases without continued and serious effort into helping people live healthier lives – won't do anything. And neither will deciding, like the Queens College student quoted for his vehement opposition to New York City's limit on soda sizes, "This is my life. I should be able to do what I want." OK, champions of life, liberty and the pursuit of Big Gulps, we can talk about personal freedom forever -- but a whole hell of a lot of us are dying from it. And in the meantime, that whole sacred individuality argument is exactly the same one used to justify the "Why should my insurance premiums go to fixing your vice-induced diseases, oh, foul sinner?" one.

We need to reframe our conversations about health, because it's not like big tobacco or soda manufacturers or the corn syrup industry exactly have your best interests at heart. We need to educate each other. We need to encourage each other. We need to get off our butts.  We need to stop shaming people, and to keep repeating over and over that being overweight and being unhealthy are not one and the same thing. We need far more controls for the corporate peddlers of junk food and cigarettes than we do for individuals. And we need to understand a huge, huge part of our healthcare crisis in this country isn't smoking or eating. It's lack of health insurance – a problem that, just like smoking and obesity, disproportionately affects lower-income Americans. We need to look at the health problems that are hurting us while remembering we're talking about human beings here. We need kindness. And we definitely need better stock photos.