Suspect in Delhi gang rape to be tried as juvenile 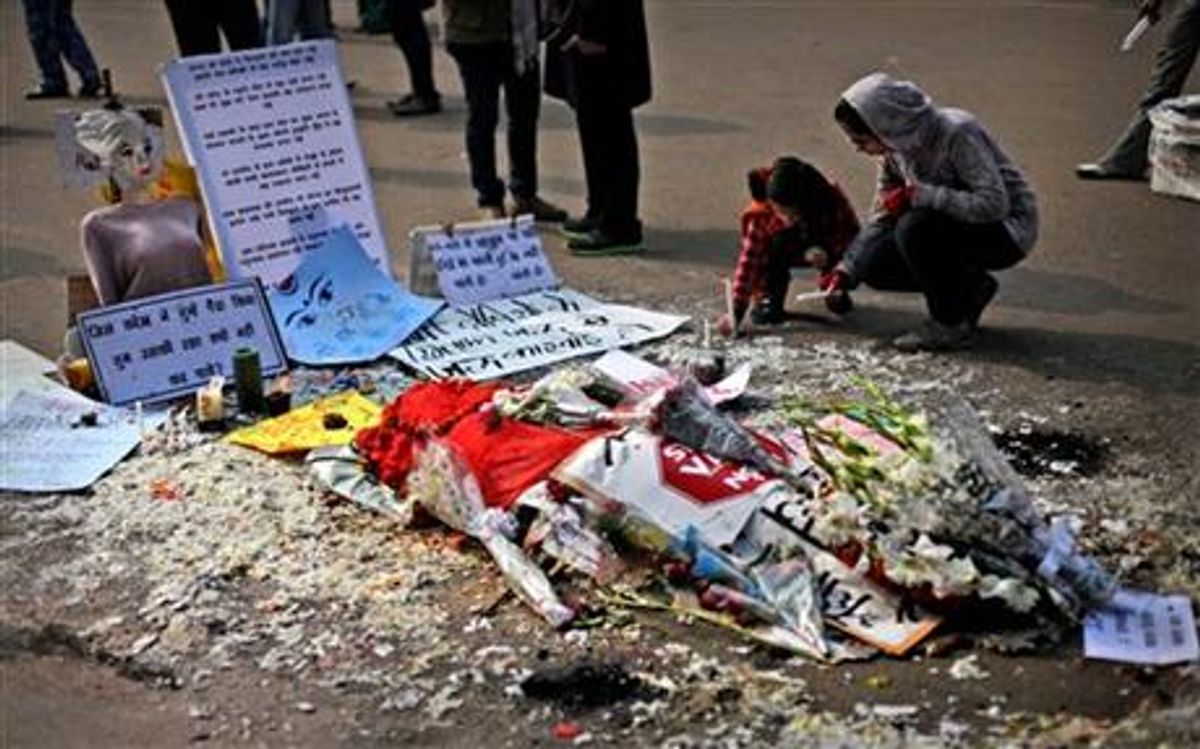 NEW DELHI (AP) — A juvenile court ruled Monday that a suspect in the fatal gang rape of a young woman in New Delhi last month was a juvenile at the time of the attack.

A lawyer present in the court said a magistrate of the Juvenile Justice Board announced the decision after going over documents presented to the court by officials of the suspect's elementary school that indicated that he was under 18 years of age at the time of the Dec. 16 attack.

The lawyer could not be named because he was not authorized to brief media. The lawyer said that the suspect's school documents showed him to be about six months short of his 18th birthday at the time of the attack.

The suspect did not possess a birth certificate — a common occurrence in India where many babies are born at home and not in a hospital. In such cases, school records are often used as proof of age or identity.

The suspect, who is not being identified by The Associated Press because of his age, could face three years in a reform facility if he is convicted as a juvenile. A conviction as an adult could have led to his execution.

Police say the 23-year-old victim and a male friend boarded the bus on Dec. 16 after seeing an evening movie. But the bus turned out to be off-duty and was being driven by a group of friends who, police say, attacked the couple and then took turns raping the woman. They also penetrated her repeatedly with a metal bar, causing massive internal injuries. The two were eventually dumped on the roadside. The woman died two weeks later in a Singapore hospital.

Meanwhile, a fast-track court was separately hearing arguments Monday in the trial of the five men charged with the attack. Details of the proceedings were not available because of a gag order against revealing what happens inside the courtroom.

The attack set off protests across India and opened a debate about its epidemic of violence against women.

Women say they feel under siege and are so frightened they have structured their entire lives to protect themselves from harassment and attack. Many travel in groups, go out of their homes only during the day and carry sharp objects to stab men who grope them on public buses.

Those who are raped are often blamed by their families for the attack. If they report the crime, the police often refuse to file a report or try to get the victim and attacker to reach a settlement. If it reaches court, the case can drag on for years in the overburdened justice system.