Harvey Weinstein: I screwed up on "The Master" and "Django"

In an interview, the longtime Oscar maven concedes that he doesn't always have the winning strategy 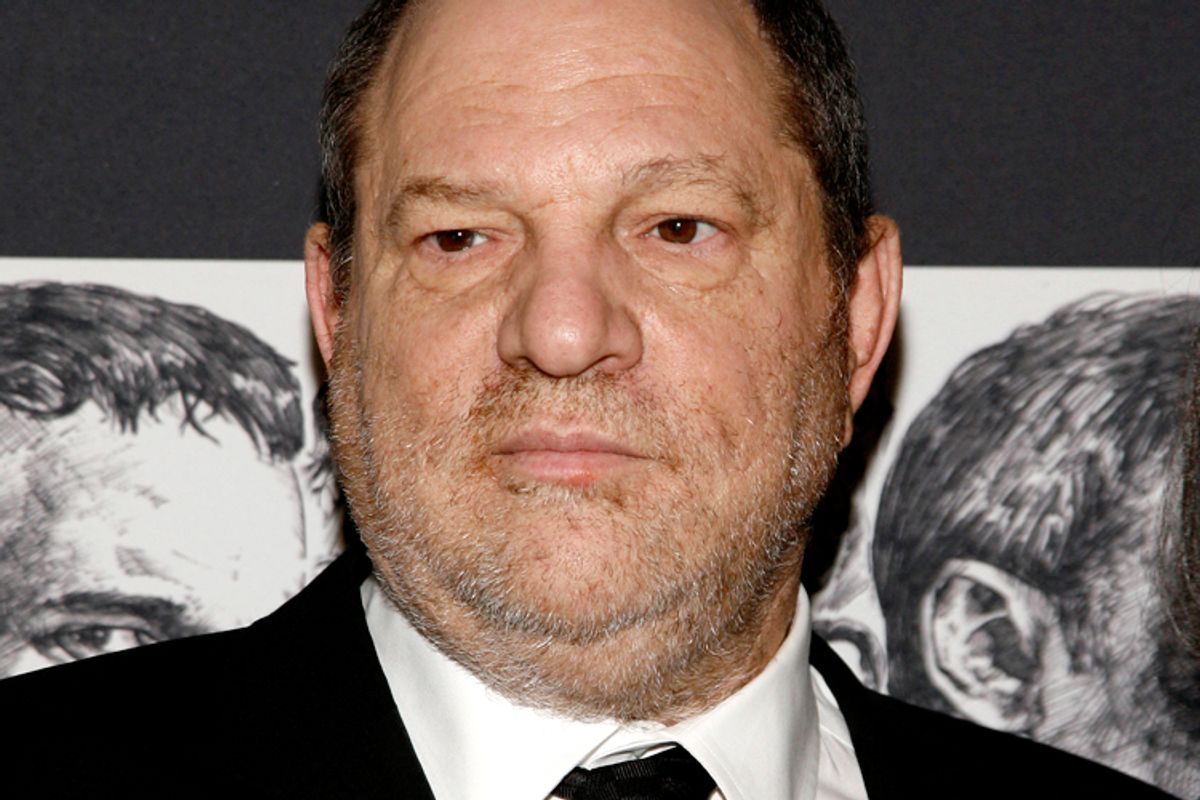 Harvey Weinstein doesn't need to offer recriminations. The Weinstein Co. producer, whose films have won the last two best picture Oscars and may go on to win a third if "Silver Linings Playbook" goes the distance, has his eye on the rare dark spots in his portfolio in a recent interview with Deadline.

While "Django Unchained," for instance, received an Oscar nomination for best picture, Weinstein takes the fall for Quentin Tarantino's absence in the best director category. "We tried to show it to people in theaters, not on DVD," he said, noting that the film's "screeners" sent to voters went out later than is typical. "It’s an epic movie and that man put his whole life and heart into this. It’s his most important movie, his most important subject matter, and the idea of DVDs stopped me cold. And I stopped them. I wouldn’t do it." Ah, well!

Weinstein's interview only points out the importance of lavishing free DVDs on a voting body that's resistant to go to movie theaters; his insistence on making the film a big-screen experience cost the film Oscar support -- or, at least, that's his ex post facto explanation. No interview with Weinstein can go without a little self-appreciation: The studio head claims that he encouraged Tarantino to write the nonexistent New Yorker piece that became the movie. If you liked "Django," thank the visionary behind it, who did more than just put up money!

Weinstein further notes that he regrets that the P.T. Anderson film "The Master" will lose money, and notes that he should have been "a devil's advocate instead of a cheerleader" -- meaning he ought to have taken a firmer hand in controlling the cut and marketing of the movie. The interview's a great glimpse into the mind of a Hollywood player -- for whom every misstep is easily explained away and used as ammunition for future consolidation of power.