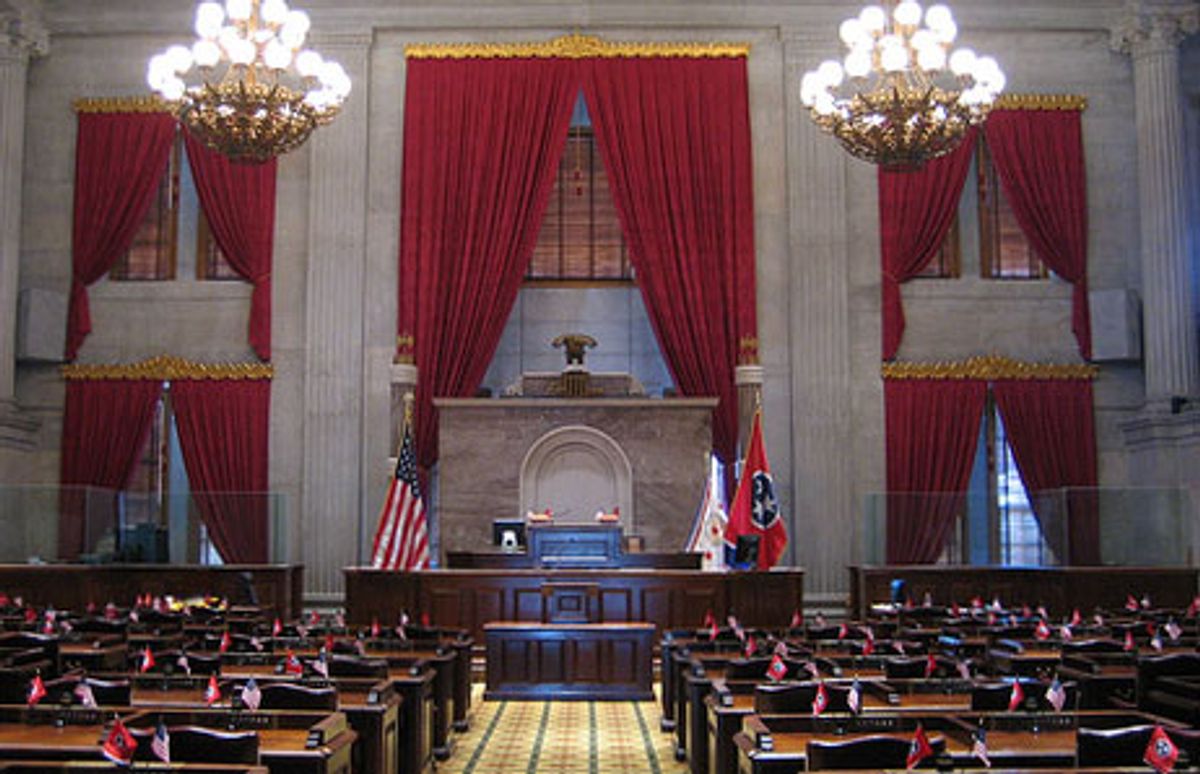 The measure still prohibits elementary and middle school teachers from discussing sexual activity that is not related to “natural human reproduction” or even acknowledging that homosexuality exists, but new language in the bill would require school officials to tell parents when students are -- or might be -- gay:

The general assembly recognizes that certain subjects are particularly sensitive and are, therefore, best explained and discussed within the home. Because of its complex societal, scientific, psychological, and historical implications, human sexuality is one such subject. Human sexuality is best understood by children with sufficient maturity to grasp its complexity and implications...

In addition to requiring school officials to out students to their parents, the legislation also appears to endorse so-called conversion therapy ("counseling" in the bill's nomenclature), in which psychologists and psychiatrists (not to mention would-be Republican presidential nominees) try to change the recipients sexual orientation.

An unsafe home or school environment is the most common reason for leaving home given by homeless LGBT youth, who comprise 40% of all homeless young people in the United States.