Tensions linger in US over "comfort women" plaques 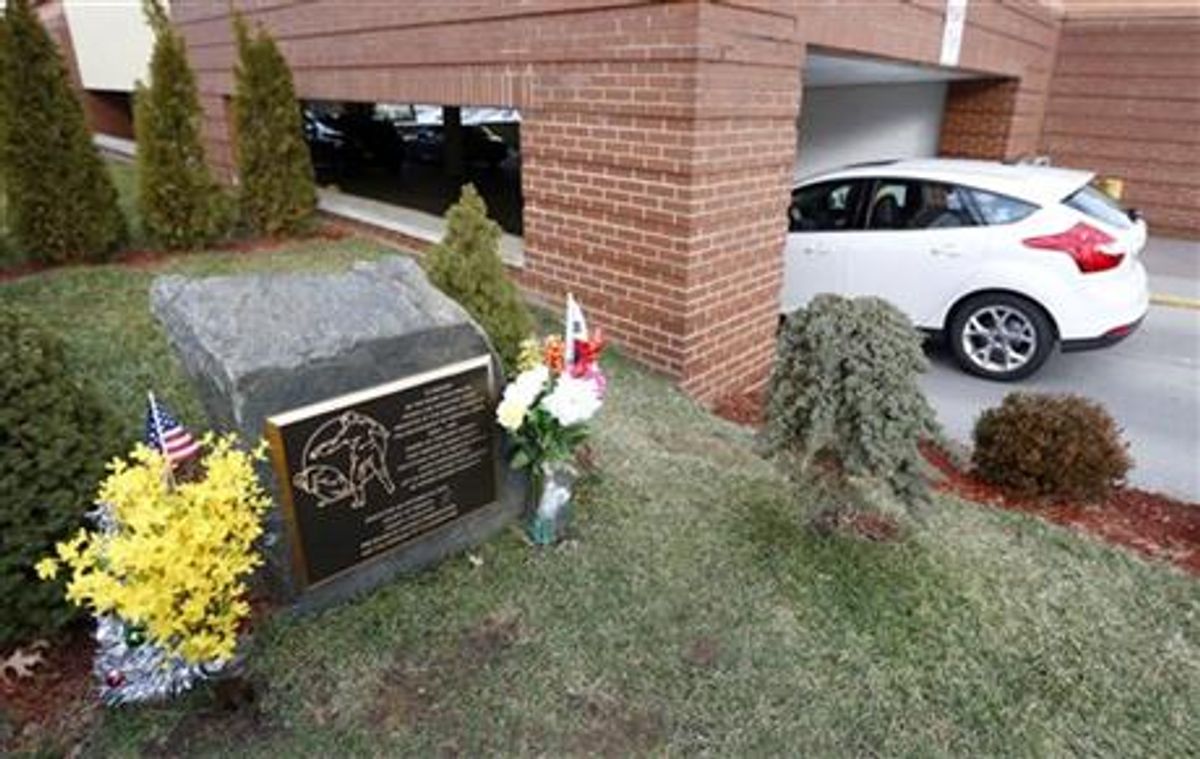 HACKENSACK, N.J. (AP) — Four years ago, noticing plaques at the county courthouse commemorating slavery, the Holocaust and other atrocities, Korean-American community leader Chejin Park struck upon the idea of adding a tribute to the "comfort women" of World War II.

To his surprise, the seemingly small, local gesture — to honor the more than 200,000 mostly Korean and Chinese women forced to provide sex for Japanese soldiers — would make a tiny northern New Jersey town a flashpoint in an international controversy.

Local officials would rebuff a request by Japanese officials to take down the first plaque put up just over two years ago in the town of Palisades Park, a square-mile borough outside New York where a majority of residents are of Korean descent.

But now the dedication of a second marker, this one at the courthouse whose memorials had inspired Park, has been held up until the wording can be changed to remove a reference to the Japanese government.

The top government official in Bergen County, Kathleen Donovan, said the delay is due to a mix-up, not any new pressure from Japanese officials.

Donovan and the county's legislative body, the freeholder board, had asked that the second plaque state that Japan's Imperial army, not the Japanese government, was responsible for what happened to those women, she said.

"Our monument is not anti-Japanese government; it is pro-comfort women," said Donovan, the county executive. "We want to be very clear that it was the Imperial Japanese armed forces and not the government that, according to our historical research, committed these acts."

Historians say the women, mostly from the Korean peninsula and China, were forced to provide sex for Japanese soldiers in military brothels. But rightists in Japan have questioned whether the women were coerced by the military to be prostitutes.

Some surviving women and their supporters have held a weekly vigil in front of the Japanese embassy in Seoul for more than two decades, saying that an apology issued by a Japanese government official in 1993 has failed to convince South Koreans that Japan is truly contrite.

The issue is an important one for Bergen County, where the Korean population has quadrupled since 1990 and now accounts for nearly 8 percent of the county's more than 900,000 residents. Last year, Donovan made an official visit to the county's sister city of Dangjin, South Korea, and met with some elderly women who, decades ago, were forced to provide sex for the soldiers.

"It was quite an amazing experience to sit with them and have tea," Donovan said. "I asked them if I could tell their story; these are women who lived through that horrible experience and wanted the world to know."

Park, an attorney with a group that seeks to get Koreans more involved in community affairs in the New York metro area, worked with a memorial committee to build and finance the memorials to these women in Palisades Park and Hackensack.

"These memorials are simply stating the fact that it happened, and Japan is arguing that it didn't happen," Park said. "We just see the issue as a human rights issue. We see comfort women survivors screaming for justice."

A similar memorial has since been built in Los Angeles, and plans are also under way to build them in San Francisco, Georgia, New York, Illinois and Massachusetts, he said.

When the first plaque went up on a small boulder next to the library in Palisades Park, the mayor said he received a perplexing visit from Japanese consular officials, followed by a delegation of members of Japan's parliament.

They offered to donate books to the library of the small suburban hamlet. They wanted to plant Japanese cherry blossom trees along the borough's main thoroughfare. They offered to engage in activities with townspeople to "promote U.S.-Japan relations."

"In the meantime," Mayor James Rotundo recalled, the visiting officials also told him: "It would be nice if we'd take the monument down."

The first plaque reads: "In memory of the more than 200,000 women and girls who were abducted by the armed forces of the government of Imperial Japan 1930s - 1945 known as comfort women, they endured human rights violations that no peoples should leave unrecognized. Let us never forget the horrors of crimes against humanity."

The Japanese consulate in New York, asked about the controversy in New Jersey, issued a statement on behalf of the government stating that Prime Minister Shinzo Abe "is deeply pained when thinking of the 'comfort women' who experienced immeasurable pain and suffering, a feeling shared by his predecessors."

The statement adds that Japan has apologized for the suffering it caused to "the people of many countries, particularly to those in Asian nations."

On the issue of the women, the Japanese government said: "It is our sincere hope that we can focus on working constructively together and move forward, and not politicize this issue."

Park said he believes the women's struggles have a place alongside history's greatest injustices.

"Human trafficking is a serious human rights violation, and the comfort women were the largest government-organized human trafficking case in the 20th century," he said. "We should understand the comfort women memorial as something like the other memorials in the United States that memorialize many other human rights violations that happened in many places in the world."