A stand-up comic has attacked the theater for not paying performers. The community responds by banding together 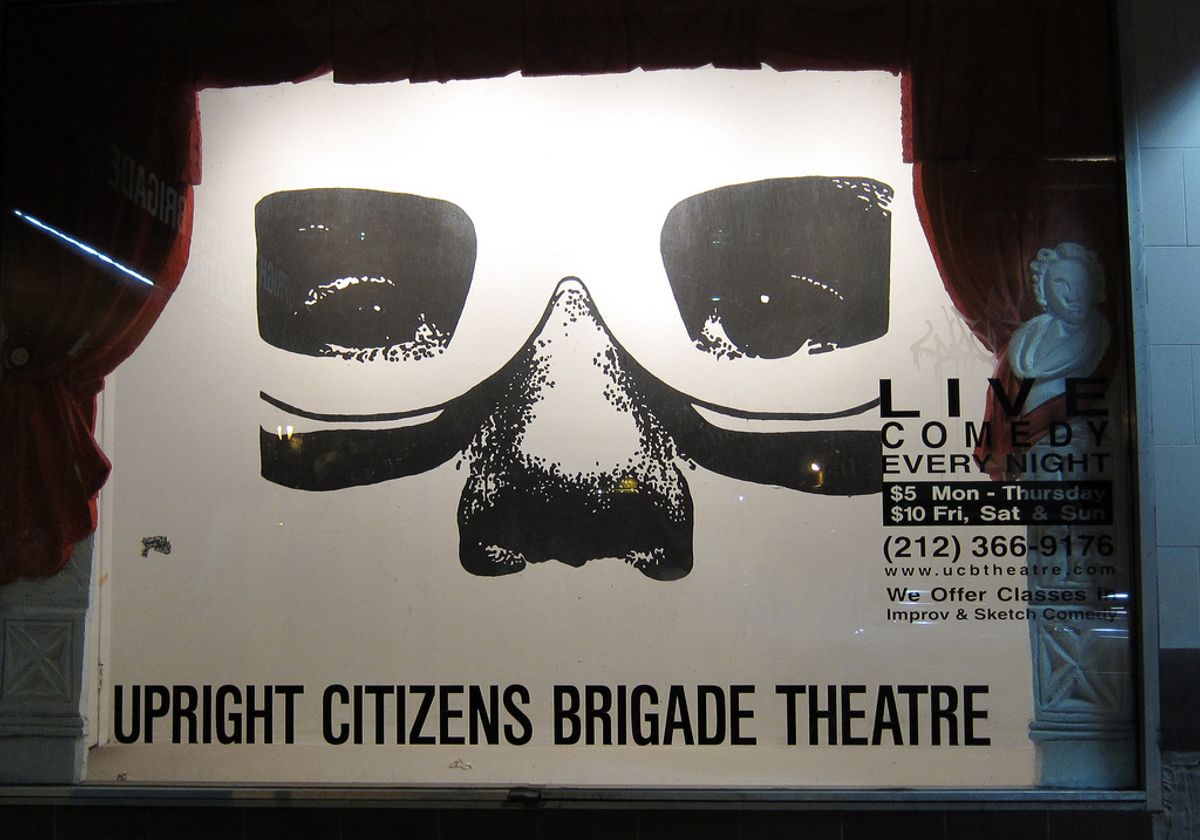 The Upright Citizens Brigade, once an improv group and then a show on Comedy Central in 1998 with Amy Poehler, Matt Besser, Ian Roberts and Matt Walsh, evolved into an improv and sketch theater based out of New York. It has expanded to a comedy empire of sorts, operating two theaters in New York, one in Los Angeles, a website for original content, a touring company and schools that have become a breeding ground for some of America's most well-known comedians like Ed Helms, Zach Woods and Ellie Kemper ("The Office") and Aziz Ansari ("Parks and Recreation").

Still, despite its reach, most of these spinoffs are not lucrative. In a bonus feature of Besser's "Improv 4 Humans" podcast released Tuesday night, co-founder Ian Roberts outlined the organization's finances, which had been "in the red" for many years. Roberts said that even now, "the theater as a business barely makes anything."

When you look at the prices for tickets, it's easy to see why: Most of the shows range from free to $5, and the bigger weekend draws, which have featured stars like John Lutz, Amy Poehler and Tina Fey, cost a whopping $10 a ticket. Aside from those, prices have not changed in 15 years, Roberts asserts. This is intentional: “We did crazy, punk-rock comedy, and the people who are interested in that are young, and so we had to charge the prices that young people could come and see."

The way it works is that the bigger shows subsidize the smaller, no-name acts so that those acts don't have to pay rent or work to draw a crowd. Instead, the groups can focus 100 percent on honing their comedic voice. This is why UCB improvisers and sketch writers are so sought after in the industry: Their low-cost shows give them the ability to experiment in front of an intelligent but patient audience.

The flip side to all of this is that the performers don't get paid, because getting paid means raising ticket prices for no-name acts, which would raise the stakes and eventually push out maturing performers. So it's an issue that, until recently, had largely been a moot point within the walls of the improv and sketch theater.

But UCB has recently opened up its theater to stand-up comedy — a different ballgame altogether. They've attracted big names like Kurt Metzger, who has written for “Chappelle's Show,” been featured on “Comedy Central Presents” and was a semi-finalist on “Last Comic Standing.” And comics like Metzger expect to get paid. In fact, he "trashed UCBeast" for the perceived offense:

"So last week I trashed UCBeast for packing a 120 seat theater at 10 bucks a head for a standup show in NY on a Saturday night, and then not having the decency God gave Jerry Sandusky to peel the performers off a twenty. I'll say again, this is not like Whiplash, which is an awesome show on a WEEKNIGHT that takes donations. I've got no problem with that. Just don't make people pay to see comics and then not pay the comics…"

Metzger's comments spread through social media, igniting a fierce debate among the New York comedy scene. He mocked the no-pay policy during a show at UCB and then the show was unceremoniously canceled, adding fuel to the fire. Several performers sided with him.

The criticism, however, also inspired UCB performers to band together:

The most notable defense came from Chris Gethard, a UCB success story who refined his craft for 13 years at the theater and is now in talks with IFC for an upcoming show, recently put out a book and hosts the cult favorite "Chris Gethard Show" on public access cable. Gethard wrote:

"Anyone who gets good enough to make money consistently should stop doing things where they don’t make money, unless they opt in to do so for creative satisfaction. If you can make money, and you want to make money, you should do the things that make you money. If you for some reason don’t want to make money, or are not at a place to make money yet, the UCB does a pretty fine job of affording a hot stage to get your work up and running. I don’t begrudge Bobby Moynihan for not stopping by the Sunday night shows anymore. The dude is too busy being on Saturday Night Live these days. That’s awesome.

I personally have not been up at UCB as much as usual lately? Wanna know why? I’m real busy with my IFC development deal. The non-moneymaking endeavors can take a backseat to the money making endeavors for the time being. But believe me, when I have a new project I want to work towards, UCB is a stage I know I can figure out material on in front of a smart comedy crowd who is willing to let me fail because they only paid five bucks and are drinking cheap beers that they aren’t forced to buy."

"We don't pay performers," Besser maintains. "The thing I’m proud of most in the most recent years is all the industry showcases we’ve had that have gotten people work. And that, ultimately, is how really people make money from our stage," he explains. "Is getting seen there and getting a real job and it’s not just by osmosis — we have people working to promote them, make their shows better and get them seen every day."

Still, Metzger's comments are making the founders reconsider a few of their policies — particularly how they handle stand-up shows and performers who aren't initiated into the UCB community. Over the phone, Besser said that maybe a weekend stand-up show unfairly competes with a venue like a comedy club — which the UCB is not. "We are considering moving it off the weekend or making it $5 or free instead of $10," he said. Besser added:

"We’re also going to adjust our drink ticket policy, because one thing it came down to is the word 'respect,' I guess, and I guess some of his not being a part of our theater on the performer page and shows up and does one show once in a while doesn’t get the same love that people who are really part of the theater do and benefit from being part of the theater."

And so, by defending itself from an attack that hit the core of one of the nation's premier comedy centers, UCB is reestablishing its mission — or perhaps just broadcasting it for the first time ever: "Part of our responsibility is to let people know that’s our philosophy. I think people that are part of our theater know it – I mean, I know they do – but people who only perform there every once in a while don’t," said Besser. And, at the end of the day, Roberts says,"I don't want your input," to performers who care about their own pay above shows that don't get financed. "Our theater is like a commune," he explains. Besser explains, "It's a theater, not a comedy club."