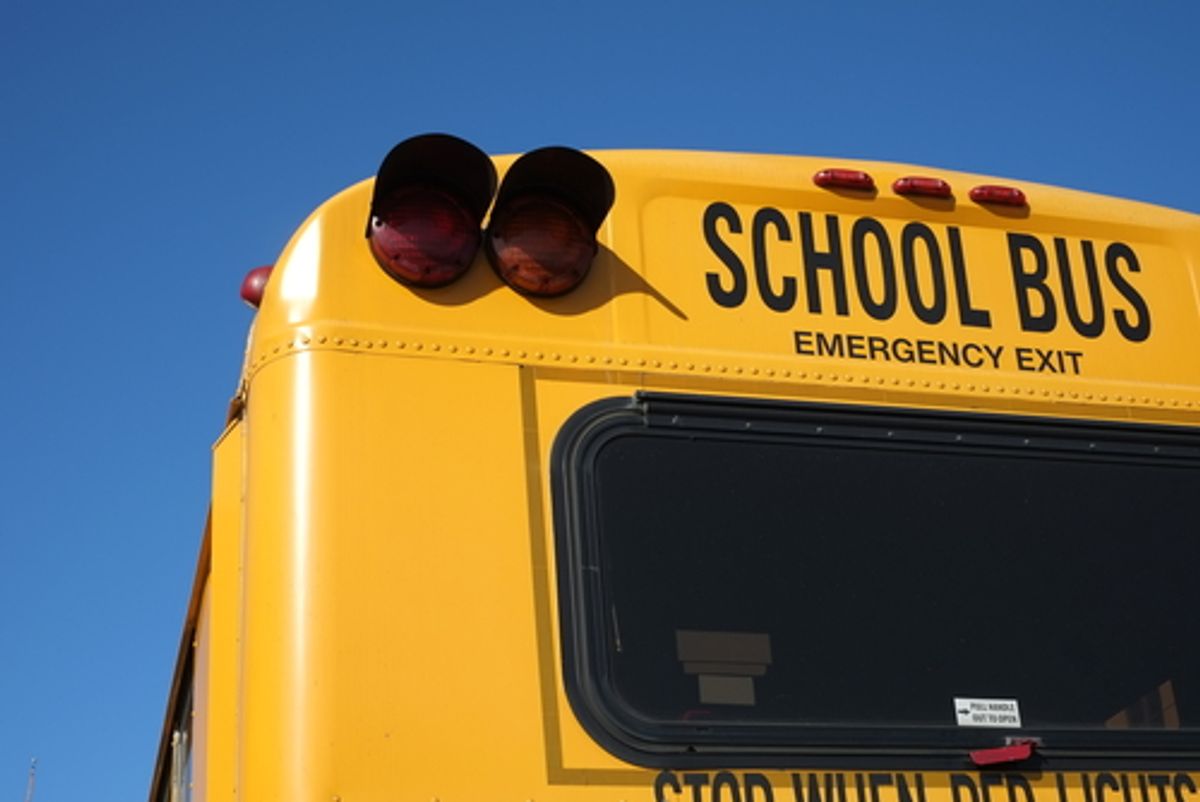 MIDLAND CITY, Ala. (AP) -- A standoff in rural Alabama went into a second full day as police surrounded an underground bunker where authorities said a retired truck driver was holding a 5-year-old hostage he grabbed off a school bus after shooting the driver dead.

A normally quiet dirt road was teeming with activity Thursday around the siege that began late Tuesday. More than a dozen police cars and trucks, a fire truck, a helicopter, officers from multiple agencies, media and at least one ambulance crowded the stretch where the dead-end residential road branches off a U.S. highway near Midland City, population 2,300. A staging area for law enforcement was lit by bright lights overnight.

The boy being held was watching TV and getting medication sent from home, according to state Rep. Steve Clouse, who met with authorities and visited the boy's family. Clouse said the bunker had food and electricity.

The shelter is about 4 feet underground and has about 6-by-8-feet of floor space, said Police Chief James Arrington from the adjacent town of Pinckard, whose city limits border the neighborhood. Negotiators have been talking to the man through a 4-inch-wide PVC ventilation pipe.

"He will have to give up sooner or later because (authorities) are not leaving," he said. "It's pretty small, but he's been known to stay in there eight days."

Arrington thought the man had been sleeping some, because he told negotiators one night that he was through talking and was going to sleep.

The gunman, identified by neighbors as Jimmy Lee Dykes, 65, was known around the neighborhood as a menacing figure who once beat a dog to death with a lead pipe, threatened to shoot children for setting foot on his property and patrolled his yard at night with a flashlight and a shotgun.

The chief confirmed that Dykes held anti-government views, as described by multiple neighbors.

"He's against the government - starting with Obama on down." He said the FBI, which was leading the standoff, had reason to believe that the bus driver's shooting was a hate crime.

"He doesn't like law enforcement or the government telling him what to do," Arrington said. "He's just a loner."

Authorities say the gunman boarded a stopped school bus Tuesday afternoon and demanded two boys between 6 and 8 years old. When the driver tried to block his way, the gunman shot him several times and took a 5-year-old boy off the bus.

"As far as we know there is no relation at all. He just wanted a child for a hostage situation," said Michael Senn, a pastor who helped comfort other traumatized children after the attack.

Dykes had been scheduled to appear in court Wednesday to face a charge of menacing some neighbors with a gun as they drove by his house weeks ago.

The bus driver, Charles Albert Poland Jr., 66, was hailed by locals as a hero who gave his life to protect the 21 students aboard the bus. Authorities say most of the students scrambled to the back of the bus when the gunman boarded.

Neighbors described a number of run-ins with Dykes in the time since he moved to this small town near the Georgia and Florida borders, in a region known for peanut farming. Dykes had been scheduled to appear in court to answer charges he shot at his neighbors in a dispute last month over a speed bump.

In that dispute, neighbor Claudia Davis said he yelled and fired shots at her, her son and her baby grandson over damage Dykes claimed their pickup truck did to a makeshift speed bump in the dirt road. No one was hurt.

Mike and Patricia Smith, who live across the street from Dykes and whose two children were on the bus, said their youngsters had a run-in with him about 10 months ago.

"My bulldogs got loose and went over there," Patricia Smith said. "The children went to get them. He threatened to shoot them if they came back."

Another neighbor, Ronda Wilbur, said Dykes beat her 120-pound dog with a lead pipe for coming onto his side of the dirt road. The dog died a week later.

"He said his only regret was he didn't beat him to death all the way," Wilbur said. "If a man can kill a dog, and beat it with a lead pipe and brag about it, it's nothing until it's going to be people."

Court records showed Dykes was arrested in Florida in 1995 for improper exhibition of a weapon, but the misdemeanor was dismissed. The circumstances of the arrest were not detailed in his criminal record. He was also arrested for marijuana possession in 2000.