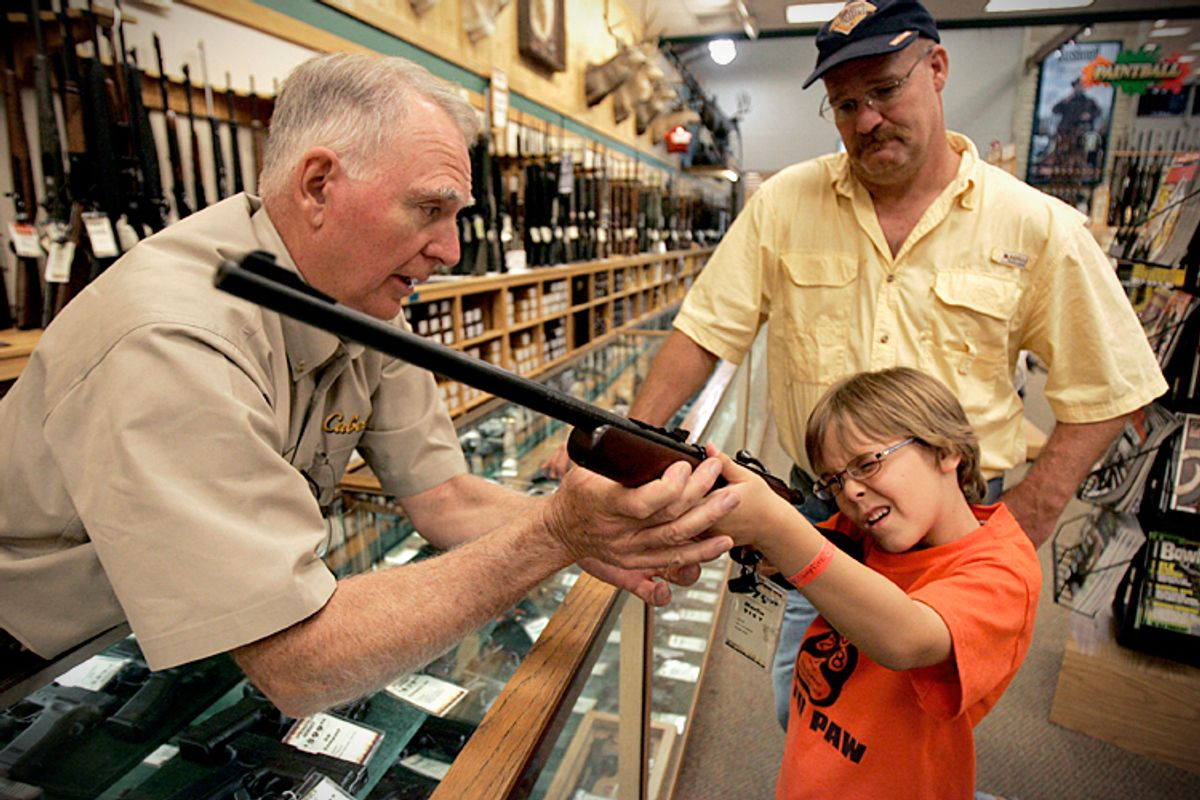 Another day, another poll showing a majority of Americans favor many of the proposed gun control measures being discussed in Congress right now. Today’s poll comes from the University of Connecticut and the Hartford Courant, which found that majorities of American nationally favor requiring background checks on all firearm purchases, thus closing the so-called gun show loophole (84 percent); support reinstating the ban on assault weapons (57 percent); and back banning the sale of high-capacity magazines (53 percent).

This poll is hardly an outlier. Since the Sandy Hook massacre, there have been a plethora of national polls showing Americans favor the kinds of limited gun control measures President Obama is pushing. Here are just a dozen:

Support for reinstating the assault rifle ban hovers somewhere in the mid 50s, while a ban on high-capacity magazines captures anywhere from 51 to 63 percent support, depending on the wording of the question. In all cases, numerous polls show that clear majorities favor the proposals.

Interestingly, a Washington Post/ABC News poll found that even Republicans favor many gun control proposals, but lose interest once they’re associated with President Obama. This will be tough to overcome, but it underscores the importance of communicating that these are mainstream proposals that enjoy massive support from Americans, not just liberals and the White House.