Do you need a new vagina?

A "Real Housewife" brags about her new equipment. But why do so many women feel they need so much work down there? 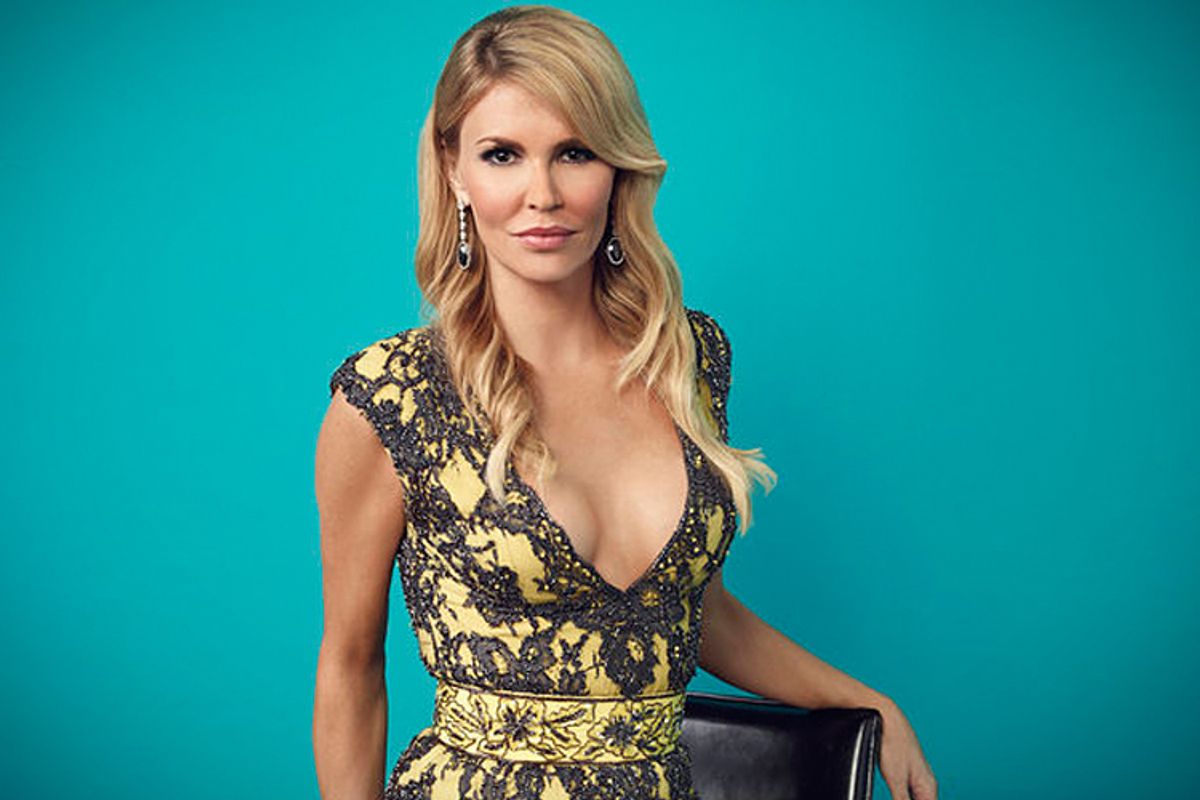 Ladies, have you ever had your heart broken? Have you ever been betrayed by the lowdown dirty cheat you once thought you'd grow old with? Have you known the pain of watching your spouse live it up with some blonde 10 years your junior? It hurts, doesn't it? Kind of makes you want to buy a new vagina.

In anticipation of her new tell-all memoir, "Drinking and Tweeting: And Other Brandi Blunders," the perennially outspoken Brandi Glanville is opening up about her very public and messy divorce from actor Eddie Cibrian. In her book, the 40-year-old mother of two reveals that after Cibrian left her for singer LeAnn Rimes in 2009, "I decided that since Eddie ruined my vagina for me, he could pay for a new one ... A week after the vaginal rejuvenation surgery, he was on the phone screaming, 'What the f--k cost you $12,000? Did you get a nose job?'" She also bought herself a new set of breasts. Ah, I still remember when a big breakup just meant gluing crystals onto your vajayjay till it "shined like a disco ball." Simpler times.

Glanville is not exactly regular folks, of course. She gained her celebrity via "The Real Housewives of Beverly Hills" as a woman who lives in a world in which dropping a few thou on a new vag is just another thing to do after Pilates class. And the oversharing shouldn't come as a surprise either -- Glanville is already well-known for her loose lips. She's currently embroiled in a lawsuit filed by fellow Housewife Adrienne Maloof over Glanville's on-camera blurting about Maloof's private family details. And when a fan recently asked her about her current sentiments toward Leann Rimes, her terse response was that Rimes "can go f--k herself. Well, she has to, because who would want to?"

Yet as over-the-top as she may be, Glanville actually has much in common with plenty of non-Beverly Hills divorcees. A 2011 study by the British Transform Cosmetic Group revealed that a full quarter of women seeking plastic surgery were recently divorced. As Dr. Marina Peredo told ABC News at the time, "It's very hard to start after many years of marriage, and I think they take time and are doing something for themselves for a change." And going in for new equipment is an increasingly popular surgical procedure. Vaginal "rejuvenation" and "vagioplasty" can upgrade the whole works to give a woman "a smaller, more normal-sized opening."

I'm not entirely sure how having a freshened-up vagina that your ex-husband paid for is an emancipatory act – wouldn't you feel like he owned it? But Glanville says, "Eddie knows that he has never touched the 'new' me, and that gives me so much joy."

In a fascinating, disturbing feature for Guernica earlier this month, Kirsten O’Regan revealed the bustling world of labiaplasty -- "The American College of Aesthetic Plastic Surgeons recorded 2,140 vaginal rejuvenation surgeries in 2010. The International Society of Aesthetic Plastic Surgeons estimates that 5,200 procedures are performed annually." And in the U.K., labiaplasty surgery has risen at a rate of between 60 and 70 percent a year. So what happens when you get a below-the-waist tune-up? O’Regan spoke to an L.A. urogynecologist who claimed his most popular procedure is "the Barbie" – a "comfortable, athletic, petite look" in which the entire labia is removed. Another surgeon explained his procedure to her in terms of making a woman look "nice and tidy." Yet as one lovely anonymous gentleman recently explained, "I have never seen an ugly vagina." Believe it or not, there was once a time when vaginas didn't have to be tidy. They had flesh -- and even hair! -- on them. It was kind of nice, if that's what you're into. And people still got laid all the time and were basically chill about it.

It's not easy getting out there in the game again after a humiliating breakup. Glanville admitted to HollywoodLife this week, "I’m very self-aware of my physical appearance. It's hard to grow older, especially in this town where everyone is perfect! They’re all 20 years old and gorgeous and I’m now in the same dating pool as them, yikes, it's really hard! This town makes you insecure."

Glanville's goods – which Eddie Cibrian WILL NEVER TOUCH – are hers to do with as she pleases, as are every woman's. You want to bling it out with crystals or lop off your labia or tighten it up, have at it. But I'm pretty sure no man, no matter how badly his divorce messed him up -- and believe me, as a New Yorker in her 40s I know a boatload of dudes whose divorces messed them up -- has ever said, "That experience was so terrible I now need to buy myself a new penis. Better yet, I'll get my ex-wife to buy me a new penis, that I will then more fully enjoy putting in other women." And when a person says her genitals were "ruined" after a divorce, what she really means is that a deeply intimate part of her was ruined. That she was hurt and vulnerable, and she wanted to do something to fix that. But unfortunately for Glanville, all the cutting and tightening in the world still can't buy a new heart.