The pop star has taken back her abuser, whom she's been circling for years 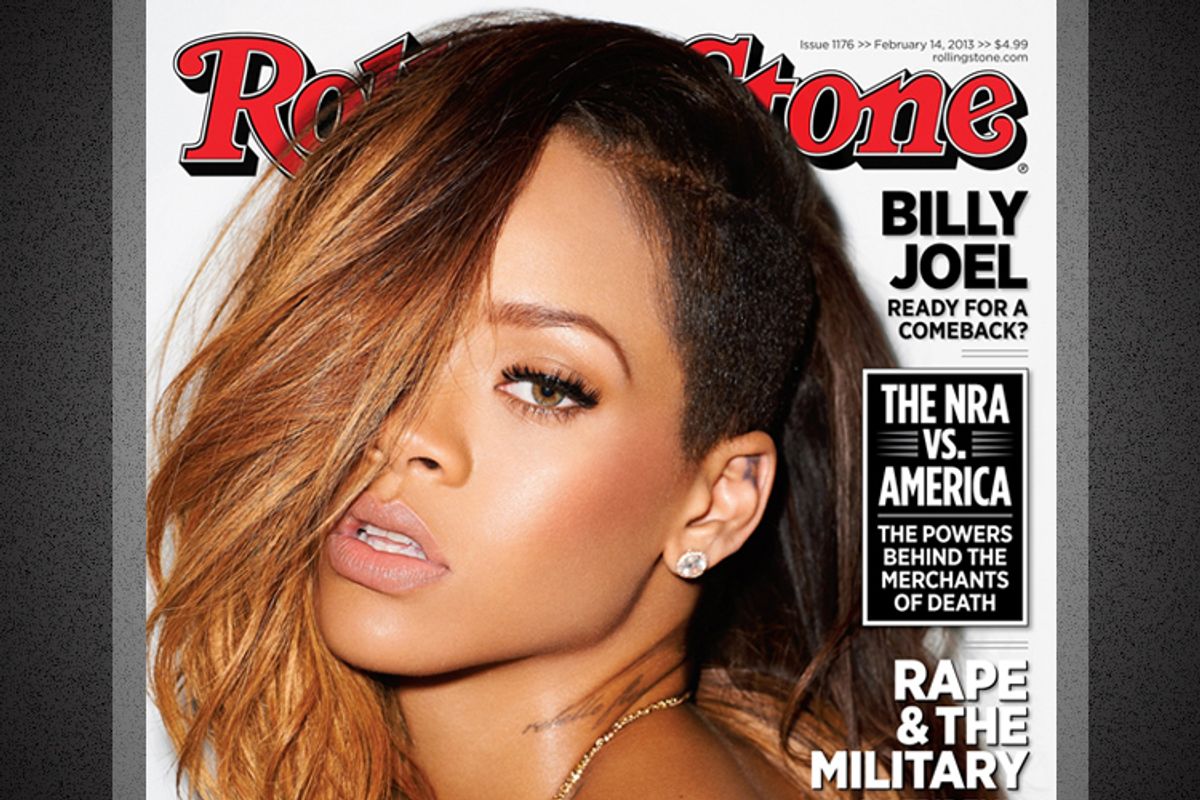 In February 2009, Chris Brown beat his then-girlfriend Rihanna bloody before the Grammy Awards. The intervening four years have seen the pair record saucy duets and pose for stagy paparazzi pictures -- and any person with eyes might have assumed they were back together, even if it didn't quite make sense.

Now, the "Diamonds" singer has confirmed that the pair are together in a manner more direct and dramatic than a million cryptic tweets -- on the cover of Rolling Stone. "When you add up the pieces from the outside," said Rihanna, "it's not the cutest puzzle in the world. You see us walking somewhere, driving somewhere, in the studio, in the club, and you think you know."

The singer has made a point of provocation: While Brown has often had to walk back his bizarre public statements, like comparing himself to a persecuted Messiah after getting in a fight this week with Frank Ocean, Rihanna entrenches her attitude of rebellion, as though she's annoyed with her audience. She mocks her fans on Twitter, titles her album "Unapologetic." With each album, her music becomes chillier and more robotic, her ultimate alienation effect. There's a certain hauteur to her attitude -- which of us, at 24, wouldn't leave a jet plane full of embedded journalists trapped on the runway while we partied, just because we could?

Only the woman herself can decide if a reunion with Brown is the right thing -- and her answer seems fairly definitive. "I wasn't going to let anybody's opinion get in the way of it," she tells the magazine. "Even if it's a mistake, it's my mistake. After being tormented for so many years, being angry and dark, I'd rather just live my truth and take the backlash." But for this young star, the backlash is tied up with love; it may, indeed, be what she loves most of all. Would a romance that didn't merit a magazine cover and a spin through the Internet rage-cycle really be romance?