The cause of the blast that rocked Petroleos Mexicanos, or Pemex, is still unknown 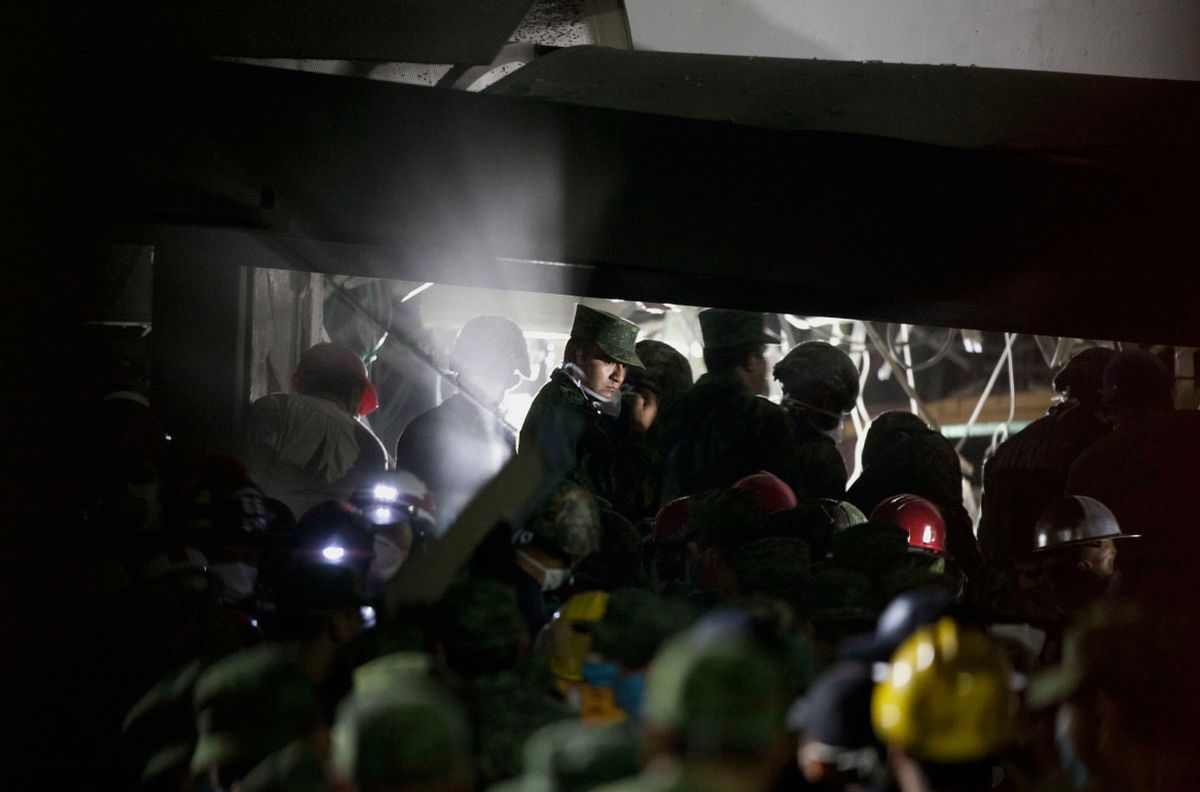 Rescue workers, firefighters and military search for survivors at the site of an explosion in a building at Mexico's state-owned oil company PEMEX complex. (AP/Eduardo Verdugo)
--

At least 25 are dead and more than 100 injured after an explosion in one of Mexico's tallest buildings, the headquarters of Petroleos Mexicanos — or Pemex — the Mexican state oil company.

There were reports of many more still trapped at the 51-story tower in Mexico City, according to MyFoxLA.com.

According to the Associated Press, the cause of the blast is still unclear. Mexican President Enrique Pena Nieto urged people not to speculate about what my have caused it. Some theories include an electrical fire, faulty air conditioning and a possible attack.

"We will work exhaustively to investigate exactly what took place, and if there are people responsible, to apply the force of the law on them," Pena Nieto told reporters, Reuters reported.

The paper cited Interior Minister Miguel Osorio Chong as saying it was uncertain whether there were people still trapped.

MyFoxLA wrote that Pemex had a poor safety record, with dozens of accidents and explosions claiming hundreds of lives and injuring thousands over a period of decades.

However, there were reports that the blast may have occurred in the basement garage of an administrative building adjacent to the iconic Pemex building.

"It was an explosion, a shock, the lights went out and suddenly there was a lot of debris. Co-workers helped us get out of the building."

The AP cited the company as saying on Twitter that experts from the Attorney General's Office were analyzing the explosion and any reports of a cause were speculation.