After conservative media demanded a photo of the president shooting skeet, the White House makes one available 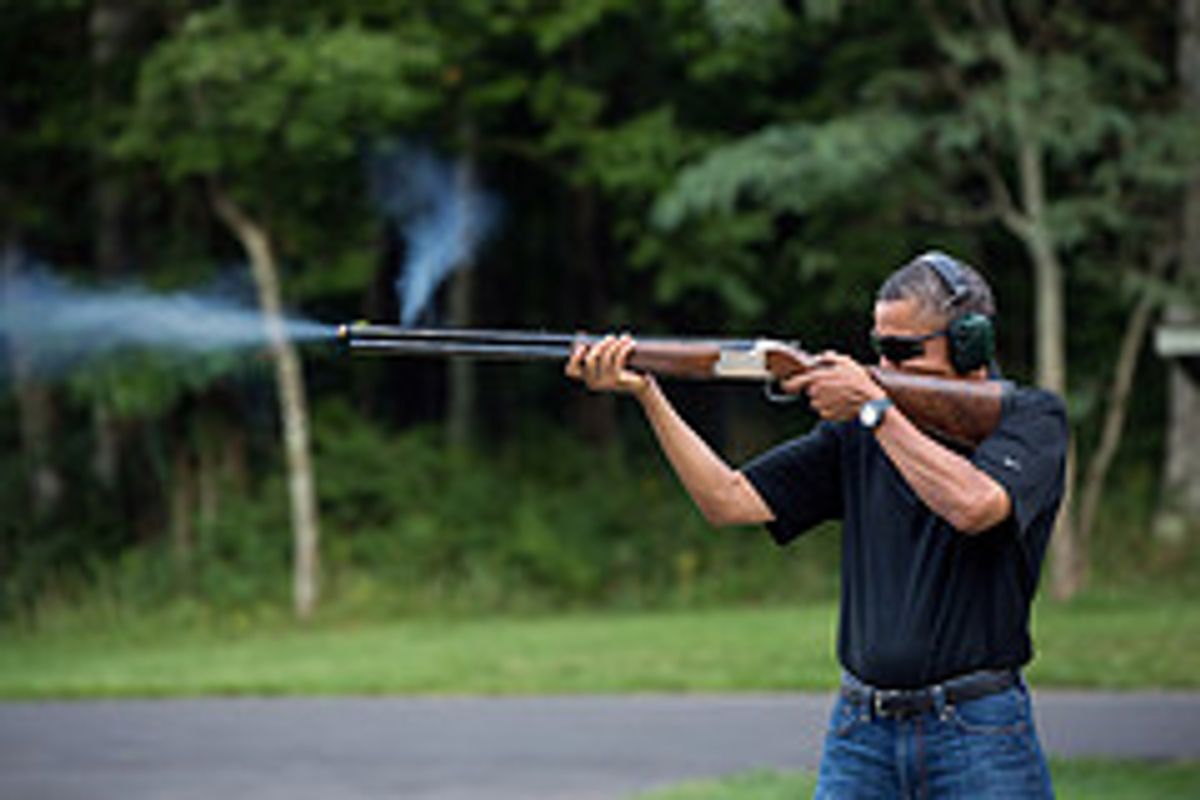 Conservatives mocked President Obama after an interview with the New Republic in which he was asked if he ever shot a gun -- and replied that he often shot skeet at Camp David.

So after a day of demanding a picture of Obama with a gun, the White House obliged today -- meaning Donald Trump won't have to offer $5 million to see it, and the "Skeeters" who believed a conspiracy theory was afoot might have to step down.