A glance at the life of Chris Kyle, ex-Navy SEAL 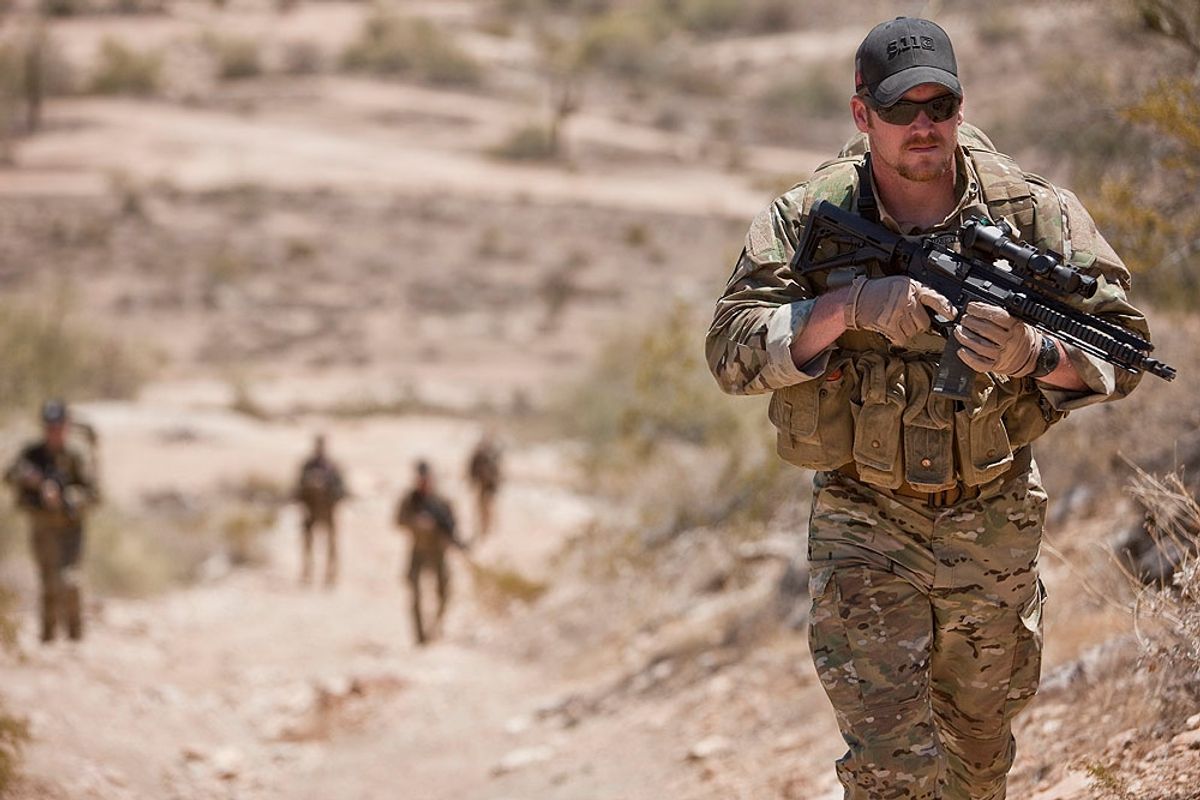 Kyle enlisted in the Navy in February 1999 and was discharged on November 2009, military records show. During that time, he served four tours in Iraq received 14 different awards and decorations, including two Silver Stars, five Bronze Stars with Valor, and two Navy and Marine Corps Achievement Medals.

"I didn't do it for the money or the awards. I did it because I felt like it was something that needed to be done and it was honorable. I loved the guys," Kyle told the Fort Worth Star-Telegram in 2012.

Kyle wrote a best-selling book published in January 2012 detailing his 150-plus kills of Iraqi insurgents from 1999 to 2009. Kyle said in the book that insurgents had put a $20,000 bounty on his head. The website for his security training company said the Iraqis feared him so much they nicknamed him al-Shaitan, or "The Devil."

LOSS OF A HERO

Kyle's nonprofit, FITCO Cares, provides at-home fitness equipment for emotionally and physically wounded veterans. On Sunday, the organization's website read, "The Loss of a Hero," and said the foundation "will always carry the torch" for the military men and women.

Kyle was married to Taya Kyle, and had two children.

FROM COWBOY TO SHARPSHOOTER

The Dallas Morning News said Kyle grew up in Texas and spent much of his time riding horses and participating on the school rodeo team. The Star Telegram said he tried to join the Navy in 1996 but was rejected after a physical exam showed pins in his arm from a rodeo injury. Three years later, he was working on a ranch in Colorado when the Navy called and wanted to train him as a sniper.

Kyle said most of his sniper shots ranged from 200 to 1,200 yards, but that his longest kill was 1.2 miles — taking out an insurgent aiming a rocket launcher at an approaching Army convoy. Kyle said it was a credit to the technology of his ballistic computer. "I set it up, I pulled the trigger and the guy went down," he said on Conan O'Brien's talk show in February 2012.

Kyle told Fox News' Bill O'Reilly in January 2012 that he viewed his Iraqi victims as savages and didn't think of them as human beings. "They live by putting fear into other people's hearts and civilized people just don't act that way," he said. Kyle also said on the show no regrets about the people he shot.

Asked by O'Reilly if he himself had any PTSD issues, Kyle said, "None of my problems come from the people I've killed."

Kyle created a security training company, Craft International, after his discharge from the Navy. A civilian training event had been scheduled at Rough Creek Lodge — where he was killed — for the first weekend in March.