When my open letter to a childless friend went viral, the blogosphere attacked. The worst part? They were right 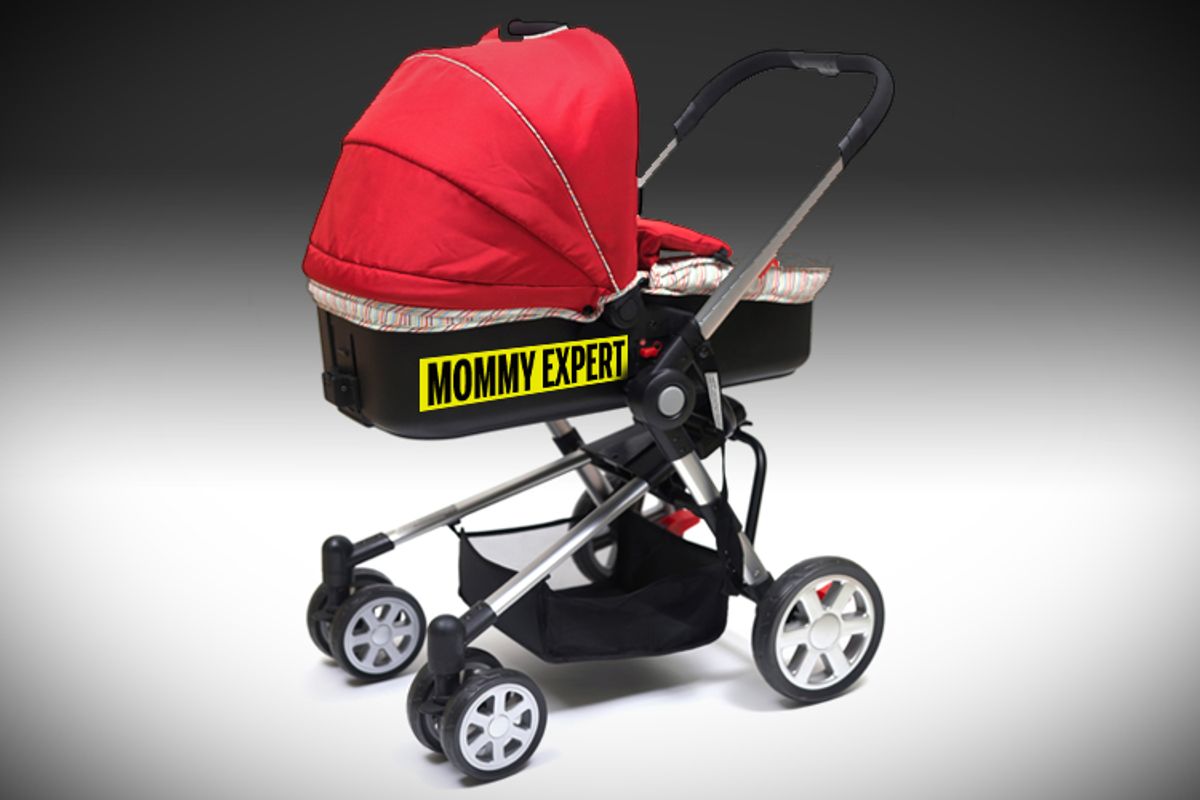 Two weeks ago I answered a call for submissions. The question was: How Do You Know When You’re Ready For Kids?

I don’t know much about being ready, I thought. But I know a lot about the idea of it. The trick is that it’s just fantasy, a picture in your head of financial security or marital stability or optimal fertility. The picture alone doesn’t help you find the path. And the path doesn’t always help you get to the picture.

Only I didn’t say it that way. At all. I created this fake friend Doris and wrote a letter to her. She was a satiric combination of me pre-kids, every dog owner who’s ever annoyed me, and some blogger I came across once who had a site entirely dedicated to whether or not she should have children. Usually the stuff I write is dry and non-controversial. I string together vanilla observations and academic analysis regarding how we think and how we use language. But I figured, this is the Internet — my story should be edgy. It’s hip and edgy to trash people, right? And so I began:

“If you’re a mom, then you know my friend Doris. She’s in her mid-thirties and thinks of herself as a career woman. She knows the clock is ticking. She says she’s not panicking yet, but we know better — she’s freaking out.”

Then I unloaded on Doris. Don’t we all want to tell off that annoying friend who complains all the time? That’s funny, right?

Waaaaaaay down at the bottom of the essay I tried to offer more nuanced suggestions, like this idea of readiness as taking stock of the resources around you and being attentive to your needs. But of course, when you offend your audience in the beginning, they don’t stick around to read the end.

Some of the comments were gentle and evenhanded, such as, “This is the most self-righteous, condescending piece of shit I have ever read.” Others were more personal. My only talent was my uterus, I was told. My husband was a bully. I had a sub-par education and was secretly jealous of Doris. My picture should be posted up at Poison Control to induce vomiting.

“Wow, you sure struck a nerve,” said my father.

It got to the point that when I opened my computer and saw my name, I braced myself for a cruel attack.

But I learned a few overnight lessons. When the gist of your story boils down to “Look at me — I know something you don’t know,” people will see you as sanctimonious.

When you tell the world, “This is what I can’t say to my friend,” you look like a really lousy friend.

And when you tout your life choices because you feel pretty pleased with yourself, you have just passed judgment, and you will not be spared. Especially on the Internet, which spares no one.

As spiteful as the comments were, I knew they weren’t about me personally. And besides, my self-worth is not contingent on where I went to school or what I do for a living or even whether or not I have children. Right?

And it wasn’t all horrible. I got supportive notes from people who knew me. Readers who were stay-at-home moms and feel judged for not putting their “educations to good use” gave me Internet high-fives. These were the few people who noticed that I never actually said, “Go have kids.” Instead I told Doris to quit complaining and find a line of work that she’s better suited for.

But to anyone who has felt they had to defend their life choices, I had cast the first stone.

“People are just projecting their insecurities onto you,” my brother told me.

The scrutiny got worse, though. My friends started forwarding links to some of the blog commentaries that followed. Commenters who had trashed me from behind an alias and a fake email was one thing. Professional writers with thoughtful sentences and well-composed paragraphs who came to more or less the same conclusion was another. The label “Sanctimommy” came up again and again. Ouch.

Wow, I thought. This is what I look like to people who don’t know me. I’m like that mom at the park who says in a sing-songy voice, “Breast is best, you know!” when she sees me bottle-feeding twins. What a humbling thing to discover that the portrait of yourself that you have blasted out to the world is not flattering. Is not even really you. What was I saying about myself with this piece? With my online persona in general?

I looked at my Facebook photos. Mostly pictures of my children. I looked at my personal blog (the one that has 11 followers). Blog post after blog post of kid anecdotes. Even my writing blog — an almost-daily journal of random thoughts — has a baby picture as its profile pic. It’s a black-and-white of my husband at 4 months old, an inside joke between me and my cousin. But it’s still another damn baby picture. Of course I looked like the Sanctimommy whose whole life is her children.

The worst part was that the blog post was so aggressive it looked like I declared open season on all women, regardless of their life choices.

Me, of all people. I should know better. I know so many wonderful women with different tastes and different needs, and we all have different ways of trying to integrate our tastes and needs.

If I had the chance to do it over, this is what I would have said:

The only person who can ever fulfill you is you, Doris. And you have infinite worth and value right now, just as you are. Don’t let anybody ever try to tell you otherwise.

I stole that from Mary Elizabeth Williams’ piece. It’s an open letter to Doris. The first time I read it I just hung my head and cringed. “[Motherhood] is no promise that you will be wiser or more ‘aware’ or more generous – if it was, there wouldn’t be so many clueless moms swaggering around like they know everything, now would there?”

Yeah. I deserve that, I thought.

But when I went back and read it a second time, I read it as Doris might read it — not the Doris who seems distracted and antsy and tolerates coffee with her Sanctimommy friend, but through the eyes a of woman who has also been following the Internet vitriol spewed out over the column. The Doris who does not feel vindicated by the attacks on Janine. A woman who just really needed to hear Williams’ message: “If you’re cool in your own life choices, you don’t need to foist them on anybody else.”

Because isn’t that’s what real friends do for each other? And isn’t that what we all want from each other? We want to be respected for our choices. And if friends won’t stand up for each other, who will? If we as women don’t respect our differences how is anything going to change?

I know I instigated the meanness. And some of the commenters are right. While I love that I’ve arranged a quirky work schedule so that I can drop everything when my kids need me, I totally resent the way I feel judged for putting my kids first. But that doesn’t give me the right to attack anyone else.

I wish I didn’t have snarky thoughts. But I do. I gave voice to them and created an image of me that is not my best self. It was a mistake. I really wish I knew how to use this megaphone that is the Internet, but I don’t.

But I'm trying. It's taken me three days to write this apology. I imagined all those angry people looking for an opportunity to pounce on me again. Somewhere between the fourth and fifth drafts I thought, "This is harder than childbirth. And it's taking longer, too." Which is saying something. Because up until this week, childbirth was the hardest thing I'd ever had to do.

So maybe the person who needed to learn something new about life was me.

Janine Kovac blogs for the science-based parenting site Raising Happiness. She writes with the Write On, Mamas and is the database architect for Litquake, San Francisco’s literary festival.