The organization is on the brink of "complete obscurity" 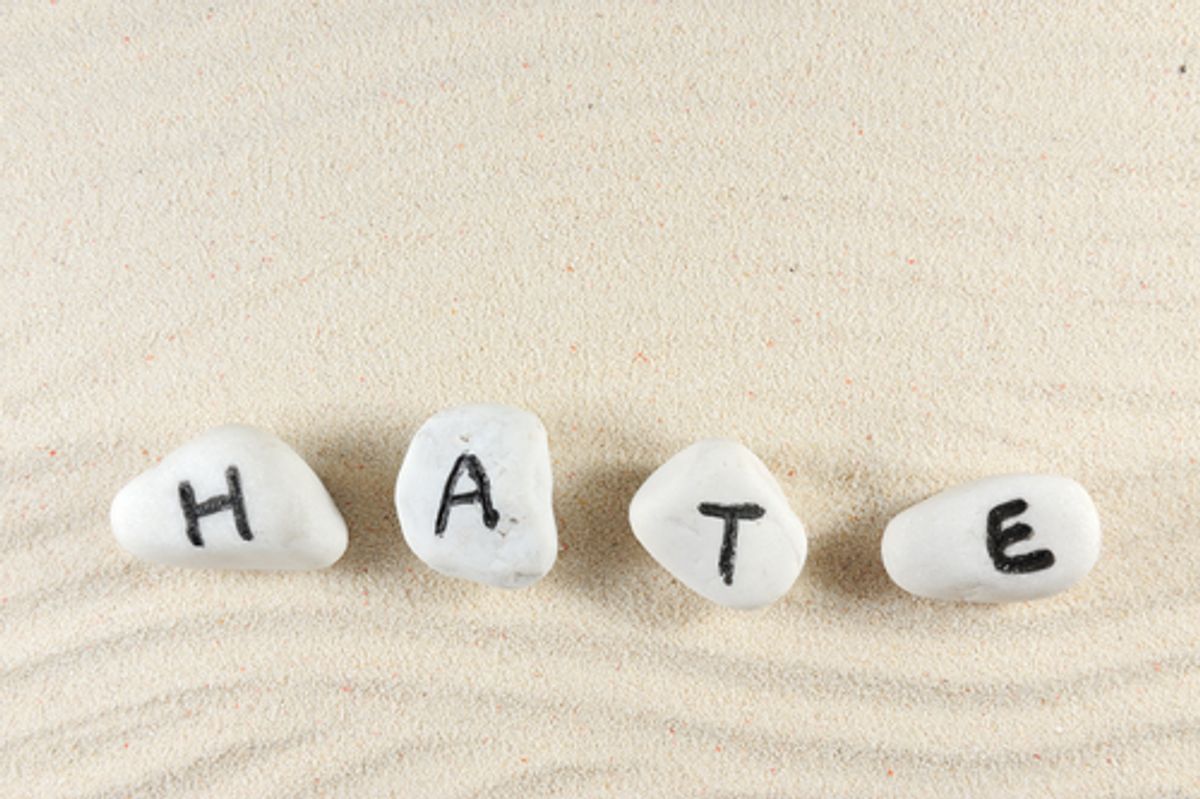 In a growing campaign to embarrass and oust the chairman of the once influential National Alliance (NA), California member Jim Ring, widely seen as the real leader of the notorious neo-Nazi group, has resigned in order to “save the organization from going into complete obscurity.”

Ring quit last October but his self-described “drastic and surprising action” is only coming to light now with the posting by white supremacist bloggers and websites in recent days of his long and well-written combination resignation letter, call to arms and job application.

Ring, of Sacramento, puts himself up as “the necessary replacement’’ of the much-maligned chairman, Erich Gliebe, the successor to the group’s founder, William Pierce, who died in 2002.

“Instead of having a measure of respect for us,” Ring writes, “our enemies, and consequently potential prospects, see us or more specifically the chairman, as a “laughing stock.’”

Ring writes that he made the “sacrifice’’ of quitting only after “extensive talks with the chairman over the miserable state of the organization under his long tenure of this past demoralizing decade.” He said he hoped his resignation from the Alliance – to which he devoted 22 of his more than 40 years in organized hate – would “wake the chairman from his continuous slumber and inattention.”

White Reference, a white nationalist website, has endorsed Ring in his quest to knock out Gliebe, a former boxer who billed himself as the “Aryan Barbarian.”

“The bottom line,” White Reference declares, “under Gliebe’s leadership, the NA is corkscrewing itself into the ground; it will be dead in a year if no change is made.”

Since Pierce’s sudden and unexpected death from cancer in the group’s now shabby mountaintop compound in West Virginia, the Alliance has fallen on hard times and indeed seems on the edge of “obscurity.”

Just before Pierce’s death, the NA was taking in about $18,000 a week in dues, donations, book and music sales. Today, sales at its racist music label, Resistance Records, and its National Vanguard Books are down to about $500 a week. The NA staff has gone from 17 paid full-time officials to one. By 2009, the NA had lost nearly all of its members, falling from a high of more than 1,400 to fewer than 100.

The NA’s pride and joy, its mountaintop compound, is falling apart. The group’s symbol, a large “life rune” on the office’s front façade is now rusting, “a visual sign of the decay that has befallen the National Alliance,” Ring writes, adding that there “are junk cars creating an eyesore at the office’s front walk way.”

His litany of rot continues. “The Dr. Pierce Memorial Hall too, is unusable for meetings due to neglect, as there is no money for repairs.”

He says that the chairman refuses to live or work at the compound and “instead resides in a suburban home in the Cleveland area, working only part-time for us, incurring expenses beyond his means.”

Ring says that his resignation sparked “a flurry of other resignations from many of the most significant people in the Alliance including the remaining unit coordinators, (now there are NONE).”

Less than a week after Ring resigned, his son Connor Ring took down two National Alliance websites as he also resigned in disgust over the state of the NA. According to White Reference, one of those sites has since been resurrected and is under Ring’s control.

Ring promises that he will save the foundering ship. He says that if he is named chairman by the Alliance’s board, he will work and live at the compound, which he will restore to its glory and turn into a kind of racist resort. “There will be events spanning the long holiday weekends, where coming to ‘conferences’ isn’t just coming to listen to a single afternoon of speeches, but to come and camp, cook-out, having sporting events and work parties, activism seminars by experts in various fields of movement promotion, weddings and other family events, torchlight processions to the top of ‘Pierce Peak,’ singing with comrades and communing with magnificent Nature and the spirit of our founder and the ancestors.”

A business major in college, Ring says he will restore the group’s finances and reputation. “Through proper leadership,” he writes, “the National Alliance must operate as a full-time movement with activists all over the country, advocating its cause, not administered by someone who treats it as a part-time job/club.”

That cause, of course, Ring writes, quoting from the NA membership handbook, is based upon “the eternal truths embodied in the National Socialist idea…(page 113) and that Alliance members acknowledge the debt we owe to Adolf Hitler.”