A bombshell discovery unearths the bones of the notorious, bloodthirsty English king 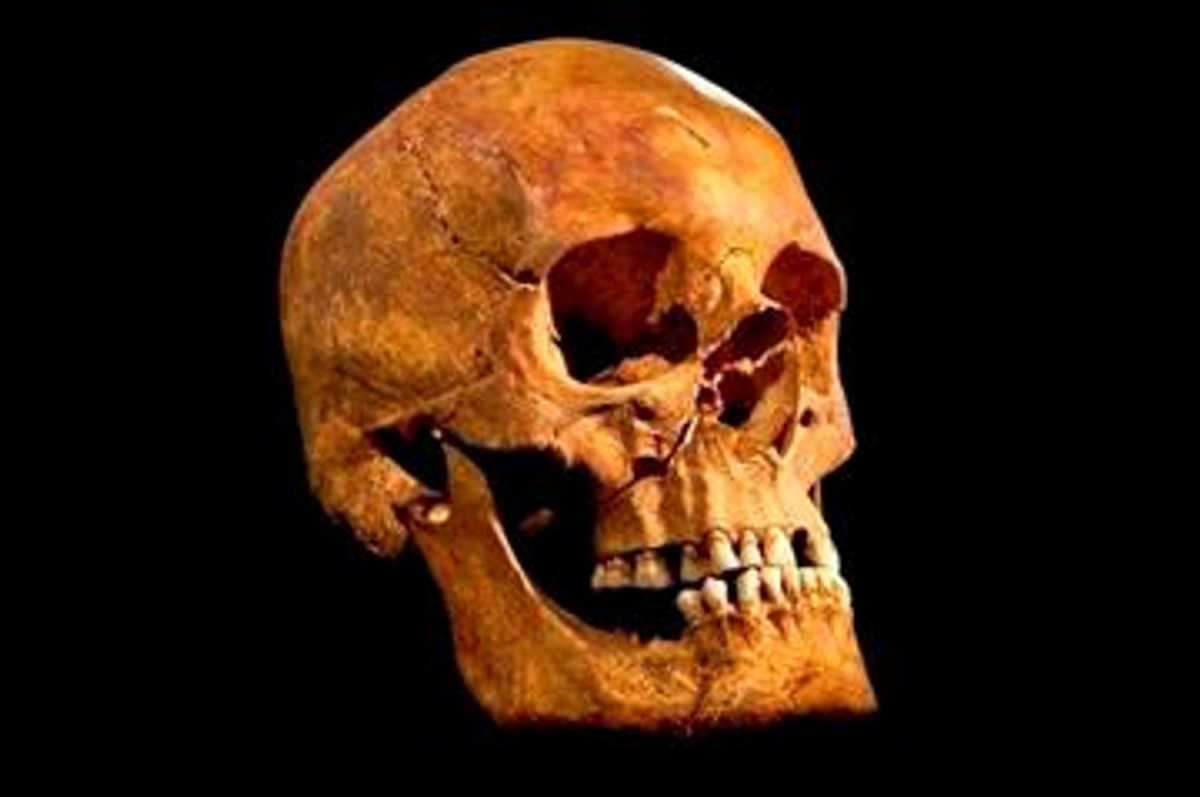 He was not, like the clouds, in the deep bosom of the ocean buried. He was not laid to rest in regalia with his other kings. He was, instead, under a parking lot in the midlands. On Monday, scientists from the University of Leicester confirmed that a skeleton with "a cleaved skull and a curved spine" unearthed in September belongs to the notorious monarch Richard III. Richard Buckley, lead archaeologist on the project, announced, "It's the academic conclusion of the University of Leicester that beyond reasonable doubt the individual exhumed at Grey Friars in September 2012 is indeed Richard III, the last Plantagenet king of England." Now is the winter of our disinterment.

The discovery of the body of the last English king to die in battle represents one of the biggest archaeological jackpots in modern history. Richard was killed in the Battle of Bosworth in 1485, and the body found in Leicester had both a split skull and a metal arrowhead in his back. The king had long been believed buried in Grey Friars church, Leicester -- a site whose exact location was lost to scholars until recently. Scientists used "ground-penetrating radar" to sniff out the site, then the remains were positively identified when geneticist Turi King matched the skeleton's DNA with that of Michael Ibsen, a London furniture maker and direct descendant of Richard's sister Anne, and another relation who's chosen to remain anonymous.

But while Richard's bones have been uncovered, the man remains very much a mystery. As the New York Times points out, scholars have long debated whether Richard was truly the bloodthirsty ogre most of us know best via his Tudor successors -- and Shakespeare's memorably monstrous depiction of him. And though the excavation how paves the way for him to potentially rest with his fellow monarchs in Westminster Abbey, his character still remains buried in history.