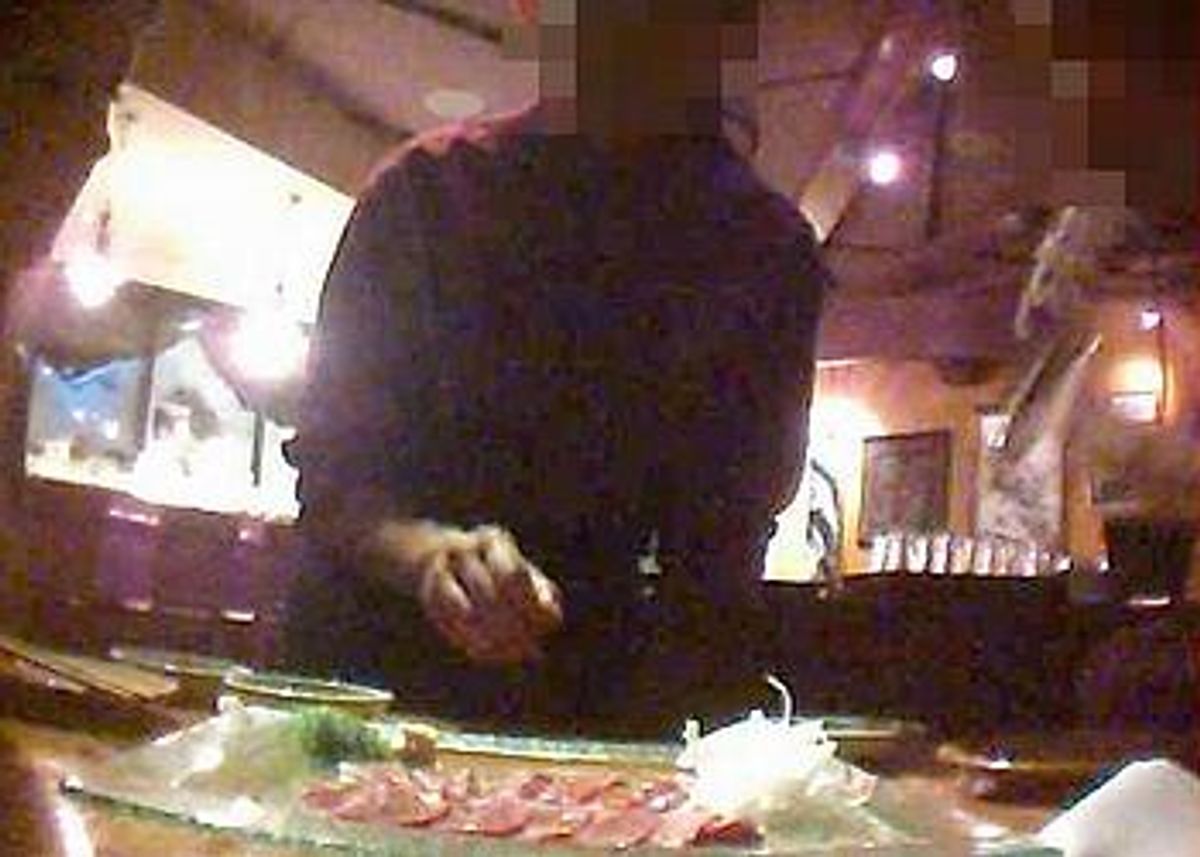 A restaurant at the Santa Monica, Calif., airport closed its doors and its chef and parent company were charged with misdemeanors after a sting operation coordinated by federal agents and animal rights captured them offering "pink broad slices" of what turned out to be Sei whale, an endangered species. The operation was captured by a documentary film crew.

And now, three years later, two chefs and the ownership of the Hump's parent company are being charged with nine counts of conspiracy to import and sell whale meat, felonies that could carry hefty prison sentences.

As reported by the Los Angeles Times:

The indictment accuses Typhoon Restaurant Inc., which is the parent company of the now-closed Hump restaurant, and chef Kiyoshiro Yamamoto, 48, of Culver City; and chef Susumu Ueda, 39, of Lawndale of conspiring to import and sell the meat of Sei whales, which are listed as an endangered species.

According to an indictment, Yamamoto and Ueda allegedly ordered the whale meat from Ginichi Ohira, a Japanese national who previously pleaded guilty to a misdemeanor charge of illegally selling a marine mammal product.

Once Ohira received the whale meat in the United States, he prepared an invoice that incorrectly described the meat as fatty tuna and delivered the whale meat to the Hump, according to the indictment.

If convicted, Yamamoto could face up to 67 years in federal prison. Ueda would served up to a decade.