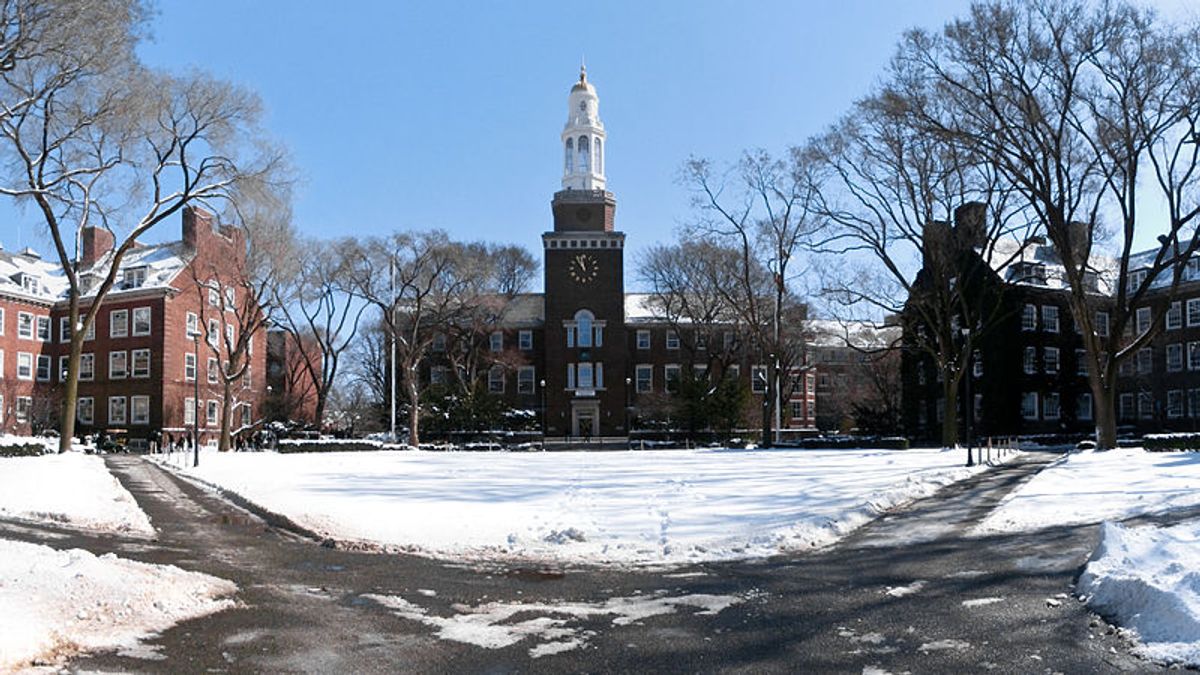 There is some dark irony that New York city council officials are threatening to defund Brooklyn College over a proposed panel featuring world renowned philosopher Judith Butler on the BDS (Boycott, Divestment, Sanctions) campaign. After all, Butler herself has written so persuasively about the dangers of silencing academic debate over Israeli policy and the harm done by conflating criticism of the Israeli government with anti-Semitism.

The background to the current controversy is this: A student group at CUNY's Brooklyn College, Students for Justice in Palestine, is this week hosting two speakers who will discuss their views on the BDS movement, which calls for boycott, divestment and sanctions against Israel in protest of the government's oppressive policies toward the Palestinian people. The speakers are Palestinian BDS advocate Omar Barghouti and University of California Berkeley philosopher and BDS supporter Judith Butler. The event is being co-sponsored by numerous student and community groups, as well as Brooklyn College's political science department.

The backlash against the panel, the college and specifically the co-sponsoring poli-sci department has been swift and obstreperous. Torture apologist Alan Dershowitz took to the opinion pages of the New York Daily News to call the event a "propaganda hate orgy," while a Daily News Op-Ed decried the lecture as "Israel-bashing." Voices well-known for condemning any speech that remotely criticizes Israel soon jumped on the bandwagon. But then, as our old friend Glenn Greenwald noted, the controversy "significantly escalated in seriousness because numerous New York City elected officials have insinuated themselves into this debate by trying to dictate to the school's professors what type of events they are and are not permitted to hold." Via Greenwald:

Led by Manhattan's fanatical pro-Israel "liberal" Congressman Jerrold Nadler and two leading New York mayoral candidates - Council speaker Christine Quinn and former city comptroller William Thompson - close to two dozen prominent City officials have signed onto a letter to college President Gould pronouncing themselves "concerned that an academic department has decided to formally endorse an event that advocates strongly for one side of a highly-charged issue" and "calling for Brooklyn College's Political Science Department to withdraw their endorsement of this event."

... The danger posed by these politicians is manifest. Brooklyn College relies upon substantial grants and other forms of funding from the state. These politicians, by design, are making it mandatory for these college administrators to capitulate - to ensure that no campus events run afoul of the orthodoxies of state officials - because obtaining funding for Brooklyn College in the climate that has purposely been created is all but impossible.

Greenwald highlights a particularly odious aspect of Dershowitz's criticism of the BDS lecture. Dershowitz argued that his primary contention is the panel's one-sided nature -- that no voices opposing BDS would be speaking. But as Greenwald and numerous others have noted, such criticism is disingenuous at best: Academic institutions are not compelled to present events on issues with a "two-sides" approach. Indeed, as Greenwald and Gawker point out, Dershowitz himself has spoken at Brooklyn College alone, espousing controversial opinions. "It is incredibly common for academic departments to sponsor controversial speakers without opposition," wrote Greenwald, adding, "The controversy over the BDS panel at Brooklyn College is nothing more than the latest manifestation of the attempt to squelch criticism of Israel and delegitimize its critics. It is intended to create special rules that apply to Israel critics but to nothing else: you can never allow them to speak without having someone there to attack them."

The arguments from commentators like Dershowitz carry such force, of course, because they carelessly invoke the charge of anti-Semitism. Writing last week on the controversy around a U.K. Sunday Times editorial cartoon of Benjamin Netanyahu decried as "anti-Semitic," I brought up Butler's argument on the danger of conflating political criticism of Israel with anti-Semitism. In her book "Precarious Life" Butler specifically stressed the problems with permitting all criticism of Israel to be read as (effective) anti-Semitism. Although she was writing in response to comments from then-president of Harvard Larry Summers nearly a decade ago, Butler's words on this issue could well apply to this current Brooklyn College controversy:

It is important to distinguish between anti-semitic speech which, say, produces a hostile and threatening environment for Jewish students – racist speech which any university administrator would be obliged to oppose and regulate – and speech which makes a student uncomfortable because it opposes a particular state or set of state policies that he or she may defend. The latter is a political debate, and if we say that the case of Israel is different, that any criticism of it is considered as an attack on Israelis, or Jews in general, then we have singled out this political allegiance from all other allegiances that are open to public debate. We have engaged in the most outrageous form of ‘effective’ censorship.

The authorities threatening Brooklyn College and its poli-sci department would do well to listen to Butler, who noted, “If the charge of anti-Semitism is used to defend Israel at all costs, then its power when used against those who do discriminate against Jews – who do violence to synagogues in Europe, wave Nazi flags or support anti-Semitic organizations – is radically diluted.” To her great credit, Brooklyn College's president has publicly stated, in defiance of threats from city officials, that the lecture will go on, co-sponsored by the political science department. But why would city officials defend a college's independent choice to air reasoned and nuanced critiques of celebrated thinkers like Butler, when the clunky, blaring bandwagon silencing Israel's critics is so much easier to jump on and keeps running full throttle on the political status quo?