"Girls'" Jemima Kirke: "Jessa’s a girl with problems who doesn’t really know quite how to attack them" 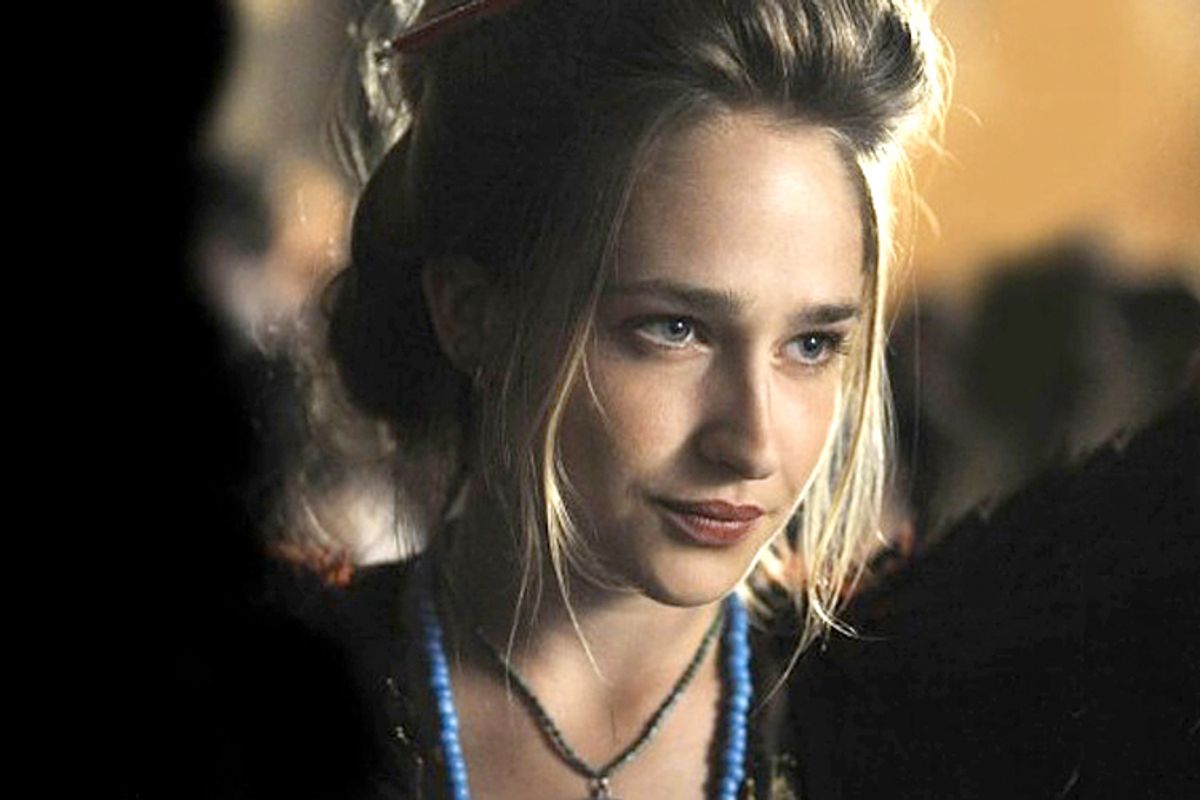 On "Girls" Jemima Kirke plays the irrepressible, sophisticated, flaky Jessa, who at the end of last season quickly married rich guy and maybe lame-o Thomas-John (Chris O'Dowd). In Sunday's episode, Jessa and Thomas-John saw their marriage implode: Jessa acted out at a dinner with his parents, breezily running through all her past and present foibles — a heroin addiction, atheism, a refusal to work — which led to a screaming, award-destroying, how-much-will-it-cost-to-get-you-out-of-my-life fight. At episode's end, a distraught Jessa climbed into a bathtub with Hanna Horvath — and snot-rocketed into it, through her tears. I spoke with Kirke — who has two small children and considers herself a painter, not an actress — about the fated marriage, and the way "Girls" has changed her real life.

It’s still taking me time to understand how famous the show is, just to speak bluntly. In the beginning I really did not get it. I really didn’t get that anyone had even seen the show. I think I blocked that out of my mind like a trauma.

Would you have done things differently if you had known it was going to be so popular?

Well, yeah. I think if I could go back and redo the decision. I think I would probably still be on the show, but my reasons would be totally different. I really didn’t think it would be like this, like such a huge deal. It’s bizarre.

How much has it changed your life?

Hugely, because I don’t get to paint as often, you know, that’s what I do. Because I don’t paint as much and that’s really what I do as like a contributing human being to this world, I contribute that, my paintings. But it’s affecting my life for better as well. It made me able to support my family, which is awesome.

Is that painting, the one Jessa's making in this episode, yours?

Good. It was bad.

That was really tough, that scene for me, because I was really upset about that painting. Not because I am afraid people will think it’s mine, it wasn’t that, it was just that it was really where life meets reality and it felt uncomfortable.

You want them to be more separate?

Yes, I am pretty vocal about the fact that I make artwork and I think that could be misinterpreted when you see it on the show.

Do you think there’s extra discomfort because people may not be clear where the character ends and you begin?

Why? Do people think we are the characters?

Not exactly, but there is a verisimilitude to the show and certain biographical details about everyone have filtered in, like that you are a painter. Would it feel more comfortable If the show felt entirely fictive?

Well, now when you say that, now I am uncomfortable.

No, I’m joking [Laughing]. I think if I really felt that people thought this was me, or if I felt it was too real then I wouldn’t be able to do the job. And that’s why that day with the painting was too hard, well, not too hard because I did it. But it was hard for me. I was like, I don’t want to show this or talk about this with people. You know what I mean?

Yes. Changing track, I want to ask about Jessa’s marriage. It always seemed like it wasn’t really going to work.

I think it was clear that they weren’t in this for the long run. I really don’t think that Jessa was like “I’m going to marry this guy because he's got a lot of money.” But I think she had a sort of photograph of how this marriage was going to look, and the money was part of it: “I’m going to be able to buy what I want on a daily basis and that’s going to be nice, but I also have this guy who I can look after and just be at home all the time.” But she’s definitely not a gold digger by any stretch. We know that she does just fine without money.

It felt like she got married basically because she had that conversation with Kathryn Hahn’s character last season about how she needed to grow up.

In the last scene of Sunday's episode, Jessa’s crying in the tub with Hannah: Is she actually sad that they broke up, or just about what it means for the rest of her life?

I think she cried because some part of her really did believe that this could be it, that she figured it out. "Oh, I am a grown-up, I am staying married and have money, like grown-ups have, and I am going to stay married and going to live in an apartment” and it really didn’t work. And I think what Kathryn Hahn’s character said to her was so true to her and really struck a nerve with her. So I think that is probably still ringing in her ears after she breaks up with him, this “You really have no idea who you are. This person you’ve constructed is a complete fallacy” and now she is like, "Well, now what? I tried. It didn’t work.”

Would you snot-rocket in a bathtub that someone else was in?

How was getting cornrows?

The best part about it that I love is that the makeup artist put some rouge in there so it looked like my head was sunburned. I don’t think that anyone is going to notice that but I appreciate it

How long did that take?

I don’t know. All of it takes forever to me. I feel like sitting in that chair and all the hair and makeup just takes hours and hours.

Jessa instigated the fight with Thomas-John. She was so antagonistic to his parents at dinner.

Totally she was, and that’s the point. It’s not fun and games anymore. I think definitely a large part of her was playing with these people. But you don’t do that to your husband’s parents. If you got serious at all about someone you respect, then you are respectful, and it just went to show how little she moved on from the person she was.

What happens to Jessa now?

I think what happens after the marriage is life starts to look a lot more real, which is Jessa’s a girl with problems who doesn’t really know quite how to attack them, whereas before this incident we had never seen her fall apart. Who knows if she ever has, or at least openly acted like she has. There is something funny, because it’s similar to Marnie: Marnie also has some big incident that happens and suddenly her life starts to look like she’s a real girl with problems, she is not covering it up anymore with her little tricks.

Even though they imagine themselves so differently.