Is the Iranian space monkey an elaborate hoax? 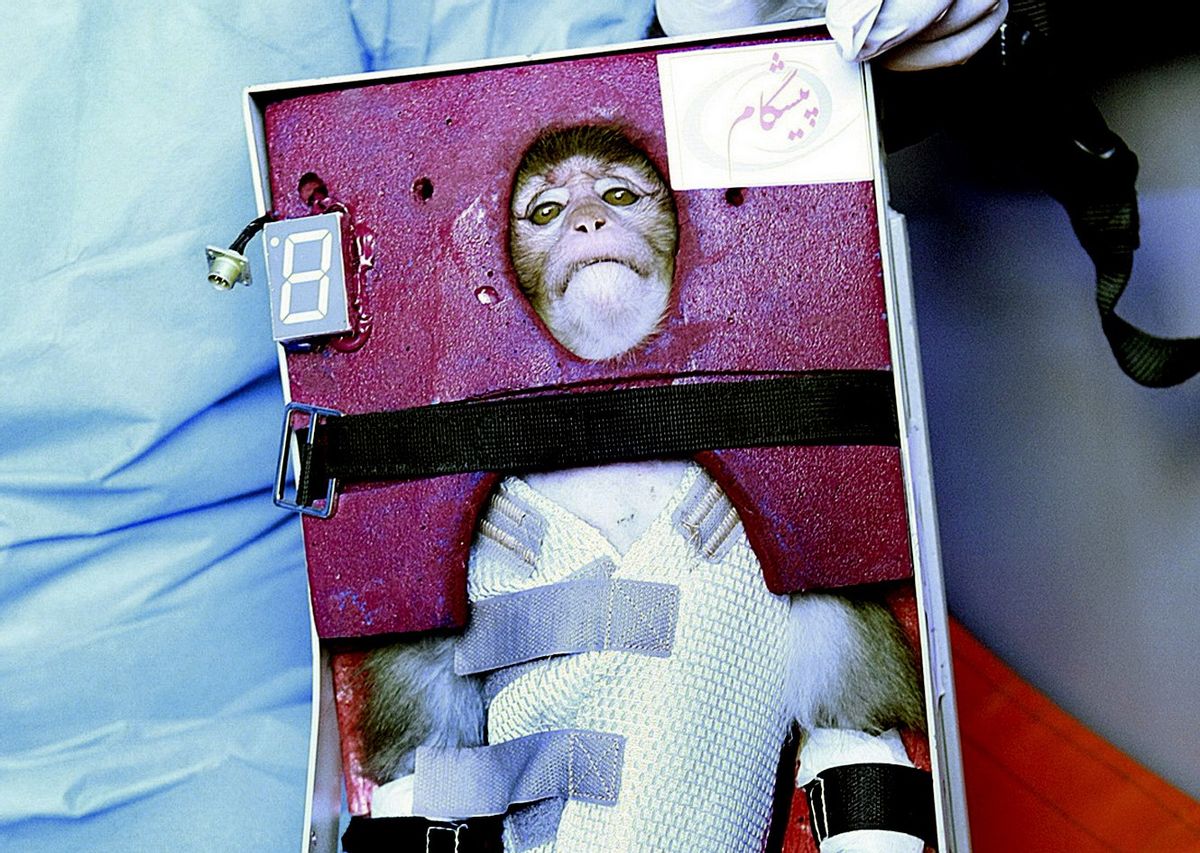 In this picture obtained from the Iranian Students News Agency, ISNA, scientists surround a monkey ahead of a space launch in an undisclosed location in Iran. A gray-tufted monkey strapped in a pod resembling an infant's car seat rode an Iranian rocket into space and returned safely, officials said Monday, Jan. 28, 2013, in what was described as a step toward Tehran's goal of a manned space flight. (AP Photo/ISNA, Mohammad Agah) (AP/ISNA, Mohammad Agah)
--

WASHINGTON (AP) — The United States expressed doubt on Monday about Iran's claim that it safely returned a monkey from space, saying it is questionable that the monkey survived — or if the flight happened at all.

State Department spokeswoman Victoria Nuland said a lot of questions remained "about whether the monkey that they reportedly sent up into space and reportedly came down was actually the same monkey, whether he survived."

"The Iranians said they sent a monkey, but the monkey that they showed later seemed to have different facial features," Nuland told reporters. "He was missing a little wart."

Tehran blames the confusion on Iranian media for initially using a photo of a backup monkey. It says the monkey orbited and returned safely, and President Mahmoud Ahmadinejad added Monday that he would consider being Iran's first astronaut in space.

"Wasn't he just there last week?" McCain said in a tweet and linked to a story about the space-orbiting monkey.

Faced with criticism, McCain said in another tweet, "lighten up folks, can't everyone take a joke." But it wasn't funny to Michigan Rep. Justin Amash, a Republican, who tweeted, "Maybe you should wisen up & not make racist jokes."

Jonathan McDowell, a Harvard astronomer who tracks rocket launchings and space activity, backed up Iran's claim that monkey space flight was real. However, he had a slightly different explanation for the photo mix-up, saying the simian with the mole died during a failed space mission in 2011.

Iran has never confirmed that a monkey died in 2011, or that there was a failed mission that year.

Tehran says its goal is a manned space flight.

Washington and its allies worry the program may be cover for ballistic missile technology development.