The side effects of "Side Effects" 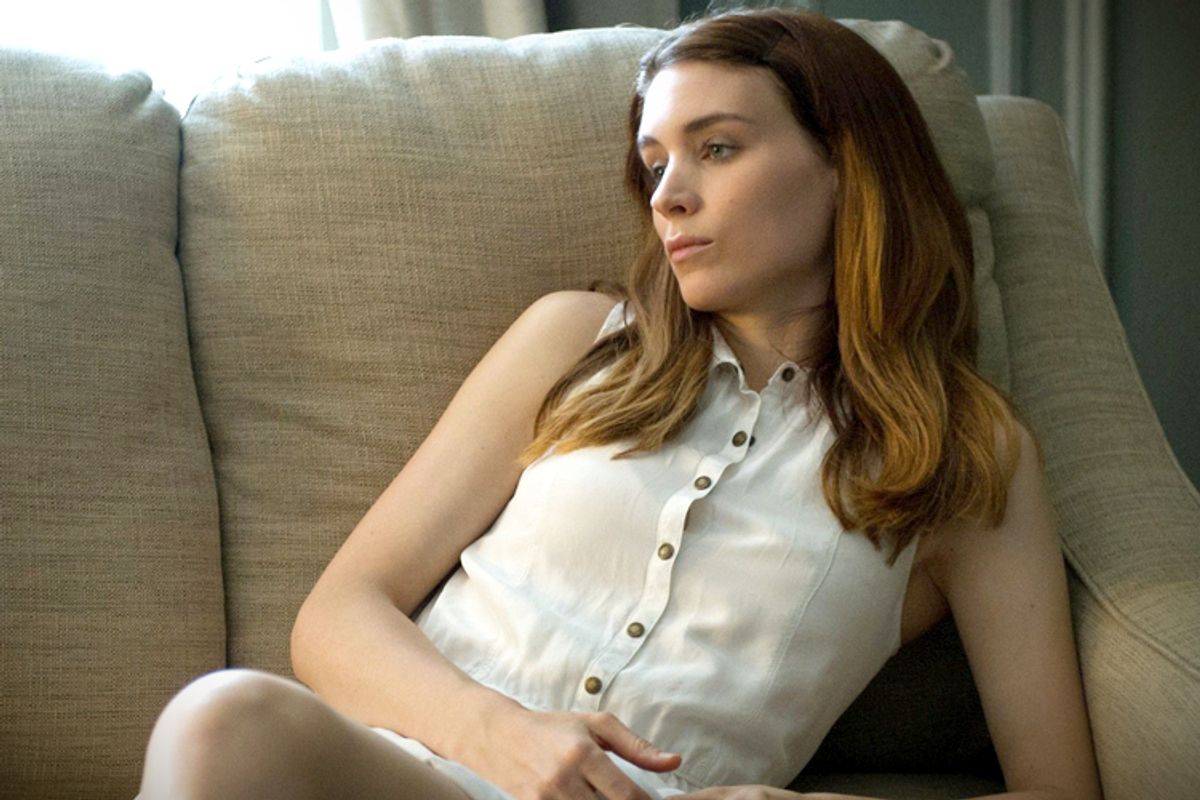 On Friday, audiences will get to check out "Side Effects," a movie so convoluted that late-coming critics were booted from screenings, as they wouldn't be able to follow the plot. Without spoiling the movie -- or blowing our own minds -- we can briefly summarize Steven Soderbergh's final film: Rooney Mara's character, depressed to an incapacitating degree, is dosed with some SSRIs that cheer her up — a bit. They also cause her to sleepwalk, and it's within the realm of possibility that she committed the horrific crime at the film's center while zonked out on a fictional drug, "Ablixa," prescribed by a doctor (Jude Law) looking to make a quick buck trying new drugs for Big Pharma.

"Everything is accurate in terms of what has gone on and what may be going on," said Sasha Bardey, the medical adviser to the film and a forensic psychiatrist. "As certain medications have gone through the various phases of study, one of the final phases is that it's tried in a clinical setting. The psychiatrist can be reimbursed -- and even paid a fee."

Bardey isn't troubled by the practice in general, and, in all, the film treats Law's actions with more ambivalence than contempt. "It's only unsavory if the clinician's decision-making is artificially swayed by food or drink, or the promise of some kind of money." (Law goes out to a tasty-looking lunch with drug reps, and gets promised tens of thousands of dollars for his services.)

The film is not exactly in favor of the meds, but Law is painted as a very special case. Compare this film with, say, "Garden State," the indie that depicted psych meds as an unalloyed evil, turning everyone into zombies, or the epic amounts of transference happening in "A Dangerous Method" or "The Sopranos." Merely in getting a fair hearing, Law comes across better than most on-screen shrinks.

As for Mara's blackout, "There's not a whole lot of evidence that SSRIs cause sleepwalking -- but there are some medications that have parasomnias as a side effect. It can occur. Committing murder while sleepwalking -- that happens."

Bardey met "Side Effects" writer Scott Z. Burns years ago when Burns shadowed him at Bellevue Hospital. Burns was working on a short-lived 2000 psych-ward drama called "Wonderland." Since then, Bardey said, "he started working on this story, using me as a sounding board."

All that said, "Side Effects" ultimately depends much more on the dark hearts of evil men and women than on anything having to do with drugs -- it's, in the end, a delightfully outlandish noir for which the realistically portrayed drugs are window dressing. Did it bother Bardey to have abetted a film that's ultimately more about thugs than drugs?

"I see it the other way around," he said. "By creating a world that was so medically real, it becomes much more believable to be part of a realistic thriller.

"The only way to remove the stigma around psychiatry is to depict it realistically -- to depict it in a lily-white way doesn't make it more credible."