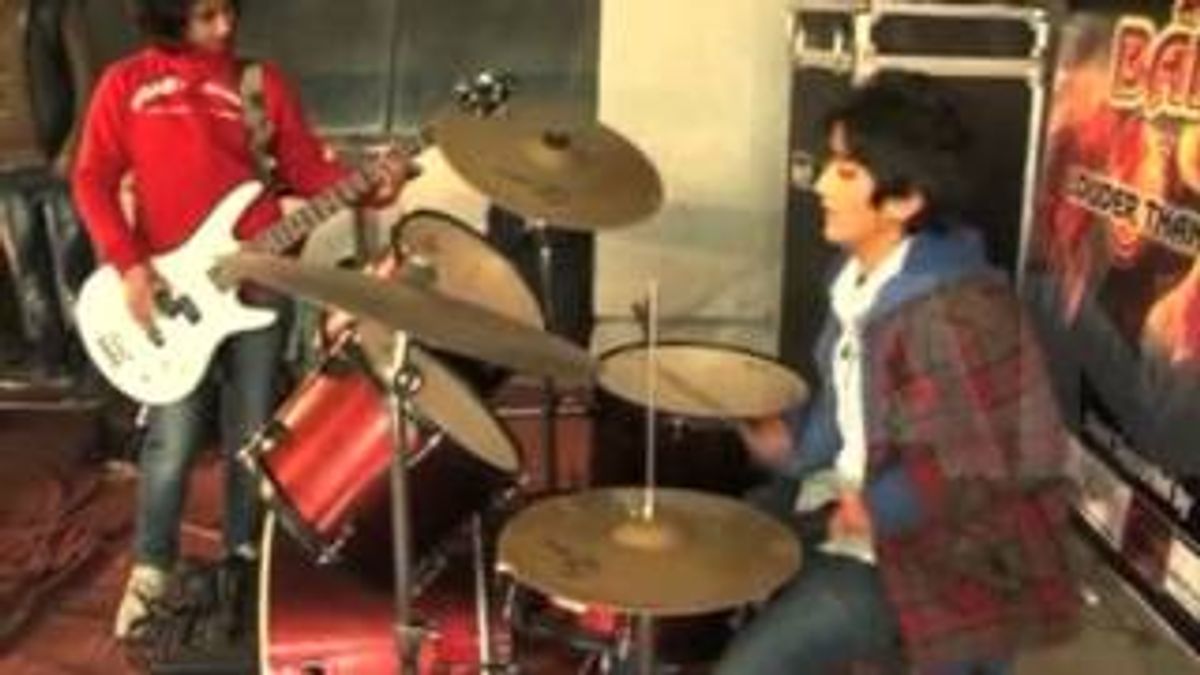 An all-girl rock band in Indian-controlled Kashmir is breaking up after just one show. Not because of clashing egos or the allure of going solo, per usual rock tradition. Instead, the pressure became too much after violent threats received on social media and a fatwa from a top Muslim cleric have turned the band's three teenage members into unwitting political tools in the region's ongoing political and religious struggle.

In a recent interview, the teenagers insisted that they didn't want to be viewed as fodder for a media narrative about “Muslim girls who break down conservative barriers." Really, they just want to play music, they said.

Citing influences like Metallica, Cradle of Filth and Green Day, Pragassh ("fist light" in Kashmiri) first came to national attention after placing third in Srinagar’s battle of the bands. “It was awesome and overwhelming. We were getting all this attention and a standing ovation. Then we got other offers to play,” said Aneeqa Khalid, Pragassh's 15-year-old bass player.

But with growing attention came scrutiny. The girls were trolled on social media and called un-Islamic. One commenter even suggested they could be raped for performing in front of men they didn't know.

Still, they wanted to keep playing. Dealing with the frustration the best way they could -- “I have been so tense about the media hype that I’ve been playing my guitar so hard,” said singer and guitarist Noma Nazir -- they considered focusing on recording an album instead of playing live shows to appease critics.

Then Mufti Bashiruddin Ahmad, Kashmir's state-sponsored cleric, issued a fatwa ordering the girls to "stop from these activities and not to get influenced by the support of political leadership," and the pressure simply became too much. On Monday, the teenagers announced they were quitting the band, and Pragassh was no more.

According to the New York Times, Khalid's mother has said that she and her husband are now afraid to let their daughter leave the house, recalling a recent incident in which acid was thrown on the face of a female teacher in Srinagar.

And while the girls don't want to be viewed as symbols, the controversy has showcased the complexities of growing up in the midst of the religious, political and factional struggles that continue to plague the region.

Mounting political pressure and their conservative surroundings may have forced the girls to break up their band, but not to put down their instruments. Nazir insists that music remains a passion. “Whenever I’m angry or sad, it helps me to get out of it,” she said in a recent interview. “It’s kind of a rescue."