DoJ memo: It's legal to kill Americans with drones

NBC obtains a confidential document on legal reasoning behind targeted killing, which the ACLU calls "chilling" 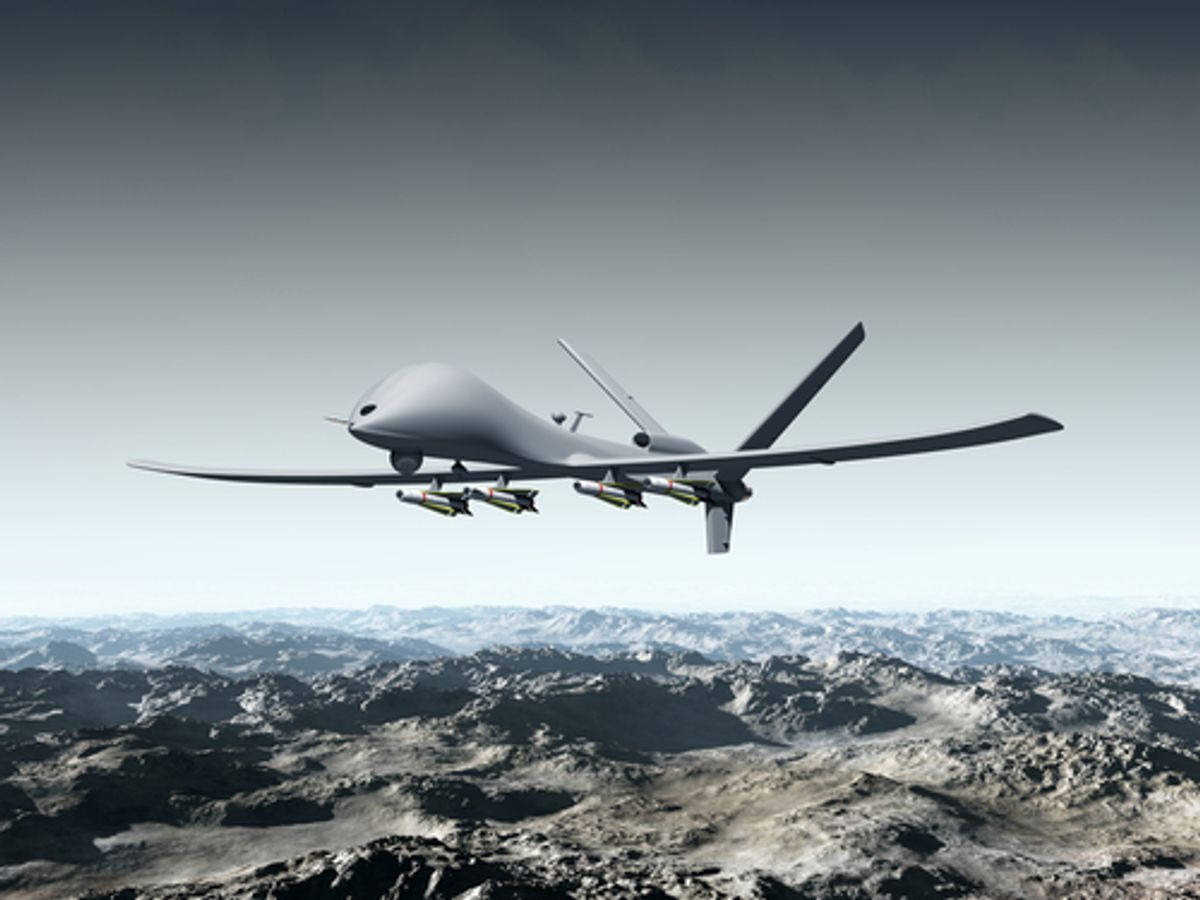 Organizations including the ACLU and the New York Times have for some months been engaged in lawsuits to gain information from the government about the legal reasoning behind the targeted killing of U.S. citizens Anwar al-Awlaki and his 16-year-old son in a 2011 drone strike. A federal judge told the Times that the Obama administration does not, under law, have to provide legal justification for its targeted kills.

However, a confidential Justice Department memo obtained by NBC News sheds some light on the legal reasoning for including U.S. citizens on Obama's controversial kill lists. According to the ACLU's Deputy Legal Director Jameel Jaffer, "It's a pretty remarkable document."

NBC's Michael Isikoff, who obtained the white paper from an unnamed source, wrote that it "concludes that the U.S. government can order the killing of American citizens if they are believed to be 'senior operational leaders' of al-Qaida or 'an associated force' — even if there is no intelligence indicating they are engaged in an active plot to attack the U.S."

The 16-page document is reportedly a summary of a longer legal memo written in 2010 by the Justice Department's Office of Legal Counsel to justify the addition of U.S. citizen Anwar Al-Awlaki to the administration's kill lists. Although both John Brennan, nominee for CIA director, and Attorney General Eric Holder have publicly spoken about the legal reasoning behind adding names to the kill lists. Holder said in a speech at Northwestern University that the targeted killing of Americans is legally justified if the citizen poses “an imminent threat of violent attack.” But, as Isikoff notes, the newly obtained DoJ memo "introduces a more expansive definition of self-defense or imminent attack than described  by Brennan or Holder in their public speeches."

“The condition that an operational  leader present an ‘imminent’ threat of violent attack against the United States does not require the United States to have clear evidence that a specific attack on U.S. persons and interests will take place in the immediate future,” the memo states.

Instead, it says,  an “informed, high-level” official of the U.S. government may determine that the targeted American  has been “recently” involved in “activities” posing a threat of a violent attack and “there is  no evidence suggesting that he has renounced or abandoned such activities.” The memo does not define “recently” or “activities.”

The ACLU's Jaffer called the limits to U.S. killing authority set out in the memo "so vague and elastic that they will be easily manipulated." Jaffer goes on to detail the specific reasons why, as he told Isikoff, he finds the content of the document "chilling," including his belief that its key legal arguments "don't stand up to even cursory review." He contends that the white paper fails to grapple with possible safeguards when it comes to "the risk of erroneous deprivation of a citizen's life." He writes too that "the white paper also suggests, incorrectly, that the courts have endorsed the view that there is no geographic limitation on the government's exercise of war powers." His most striking comment is perhaps the following:

[T]he white paper assumes a key conclusion: It takes as a given that the target of the strike will be a "senior operational leader of al-Qa'ida or an associated force of al-Qa'ida," and it reasons from that premise that judicial process is unnecessary. This is a little bit like assuming that the defendant is guilty and then asking whether it's useful to have a trial. Perhaps the white paper omits analysis that appears in the Justice Department's legal memos, but again the legal memos are, inexcusably, still secret.

As NBC's Isikoff notes, the white paper was provided to members of the Senate Intelligence and Judiciary committees in June by administration officials on the condition that it be kept confidential and  not discussed publicly. Demanding more information on the legal justifications for extrajudicial killing, a bipartisan group of 11 senators this week wrote  a letter to President Obama asking him to release all Justice Department memos on the subject of targeting kills. “It is vitally important … for Congress and the American public to have a full understanding of how  the executive branch interprets the limits and boundaries of this authority," the letter noted.

The ACLU and New York Times FOIA lawsuits for the release of these legal justifications are still being pursued. Meanwhile, it is believed that, at his Senate confirmation hearing Thursday, John Brennan will face tough questioning over the secrecy shrouding the administration's legal reasoning. Brennan is facing mounting national and international criticism over the U.S.'s drone program, of which he is considered a central architect. Which is not to say that his appointment to CIA director isn't a fait accompli.