Is your dog smarter than other dogs? 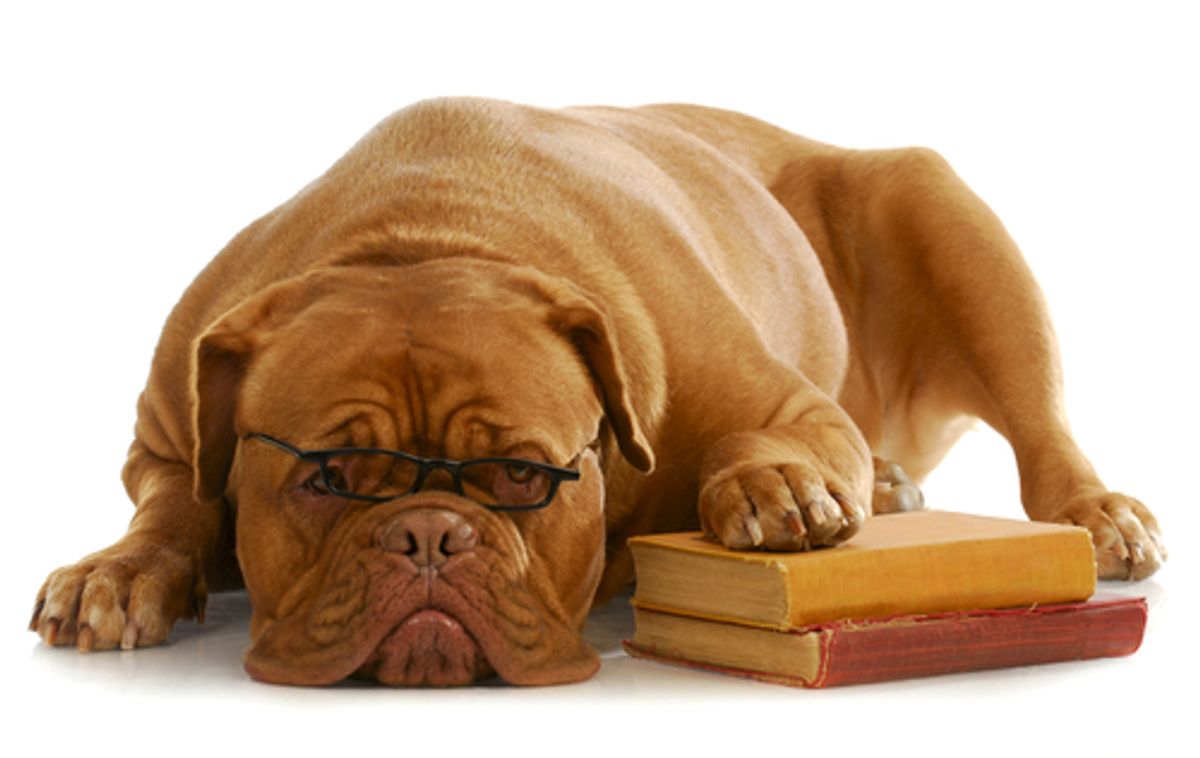 "Aren't you just the smartest little guy in the whole entire world?"

Be honest: You've probably said this to your dog before. Maybe it's because he once successfully fetched a tennis ball that was hidden by some bushes. Or how about that time he barked in the direction of your apartment keys while you were looking for them? Or perhaps it's how he can make toaster waffles for you in the morning. (OK, that last one is actually really smart.)

If you are looking to quantify that hunch about your pup's superior brain power, there is now an app for you.

Duke University's "Dognition" project is trying to revolutionize scientific understanding of canine cognition by crowdsourcing data about man's best friends from around the world.

"In a weekend, we could have 10,000, maybe 50,000 people give data," Brian Hare, associate professor in evolutionary anthropology at Duke, director of Duke's Canine Cognition Center and creator of the "Dognition" app, told LiveScience. "I can't even say how big of a quantum leap this will be."

Here's how it works, according to LiveScience:

The Dognition app starts out by asking dog owners to answer questions about their pets' behavior. (Some sample questions: "Does Benjy ever 'intervene' in an argument between other members of the household?" "When you laugh, does Benjy wag his tail?")

But the meat of the Dognition experience comes from games people can play with their dogs to assess five dimensions of intelligence: empathy, communication, cunning, memory and reasoning. Such games are similar to what Hare used to test dogs at his Duke University lab — dog owners just need plastic cups, treats, several sheets of paper, sticky notes, another human helper and their dogs.

The testing can show "what makes a dog a great companion" by revealing cognitive strengths and weaknesses. That might allow owners to better understand why their dogs behave the way they do.

Not only will this app enable you to learn more about your pet's cognitive profile, but it also makes you an amateur dog scientist for the day! No fancy degree or crushing student loan debt required.

Once gathered, Dognition's data will allow scientists to search for behavioral and cognitive patterns across breeds and experiment to confirm findings. The data could also help debunk false indicators of dog intelligence: "There's some nice work showing that a lot of what people attribute to their dogs in terms of intelligence is based on their physical characteristics," Hare said.

Hare also believes the app's findings could help facilitate better communication between dogs and their humans. Particularly with newly adopted shelter animals that might have behavioral ticks or trust issues to overcome: "When you get the dog from a shelter, wouldn't it be nice to know what their cognitive profile is? Not to judge them, but to have a successful relationship."