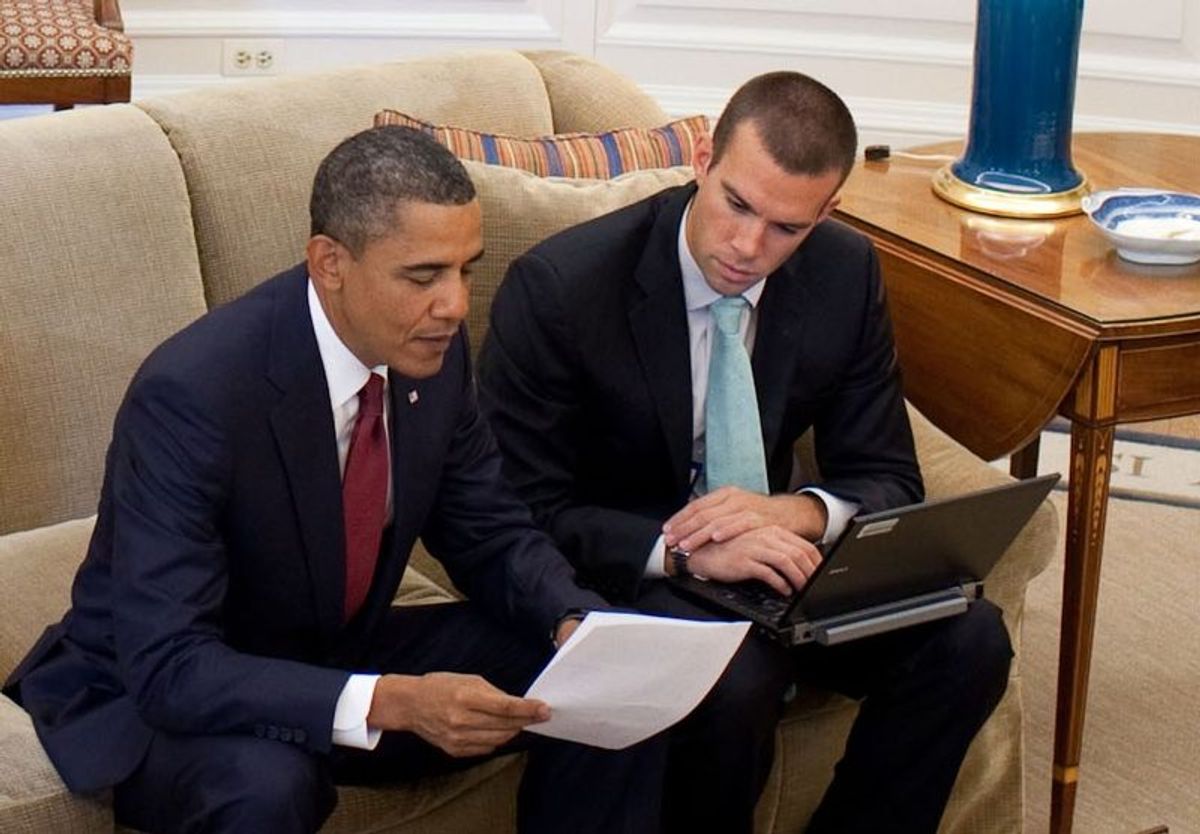 Ever since he's been in the White House, Obama speechwriter Jon Favreau seemed destined for Hollywood. He's dated "Parks and Recreation" actress Rashida Jones, was voted among the world's most beautiful by People magazine (and one of the most influential by Time) and, while still in his 20s, managed to inspire a "White House Gone Wild" headline when the media got hold of a shirtless pic of him playing a drinking game.

Now the 31-year-old, who has been Barack Obama's head speechwriter for seven years, is stepping down. The L.A. Times reports that after March 1, the young writer is likely to pursue a career in screenwriting, following the footsteps of former White House staffer, now "1600 Penn" writer, Jon Lovett. Obama adviser David Plouffe told the LA Times that Favreau would be well-equipped for a career in Hollywood. "He can write comedy, history, drama, suspense," Plouffe said. "He's got the whole range."

Favreau, however, plans to stay in Washington for the time being and has not commented on his departure. He will be replaced by Chicago native Cody Keenan, who the Times reports "is known for his handling of heartbreak and sadness."