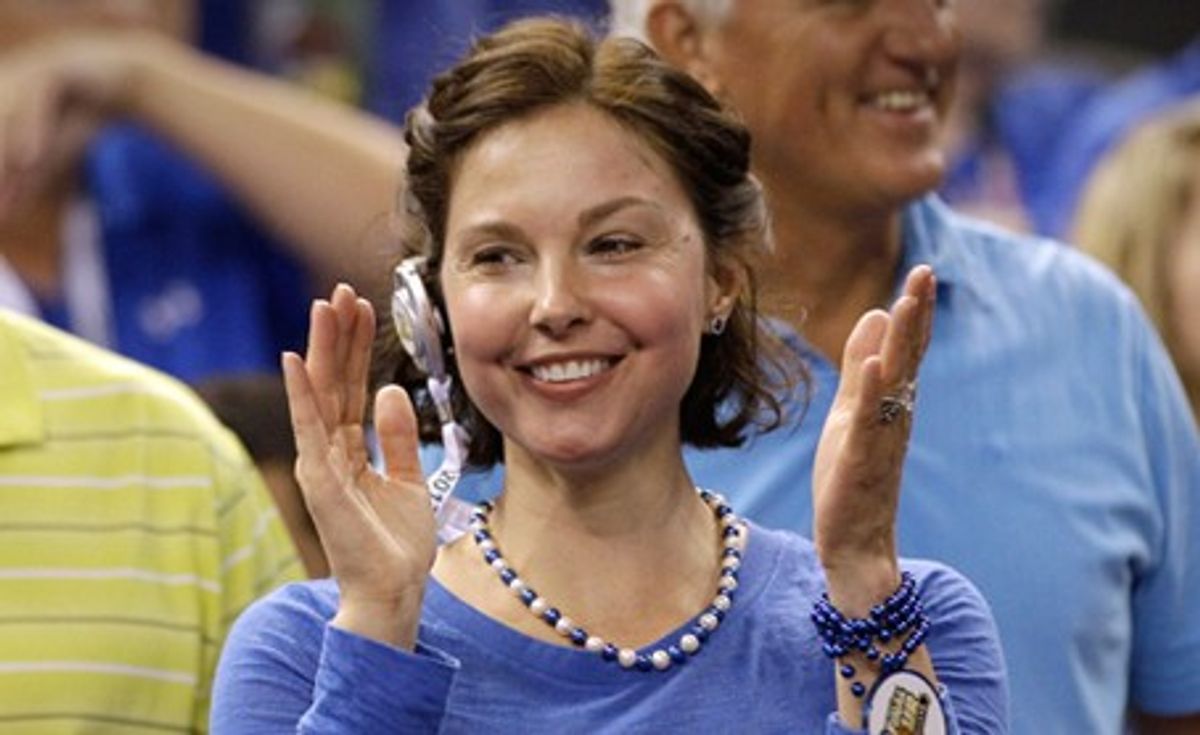 Though Ashley Judd has not yet announced a run, Karl Rove's super PAC is targeting the actress in Kentucky with a new $10,000 buy on a Web video. The ad paints Judd as a "Hollywood liberal," and emphasizes how she's repeatedly praised Obama and lives in Tennessee, not Kentucky.

Judd is reportedly considering a challenge to Republican incumbent Mitch McConnell, who is up for reelection in 2014.