When his online nemesis called him a rapist and a "gamma male," John Scalzi mobilized his readership for charity 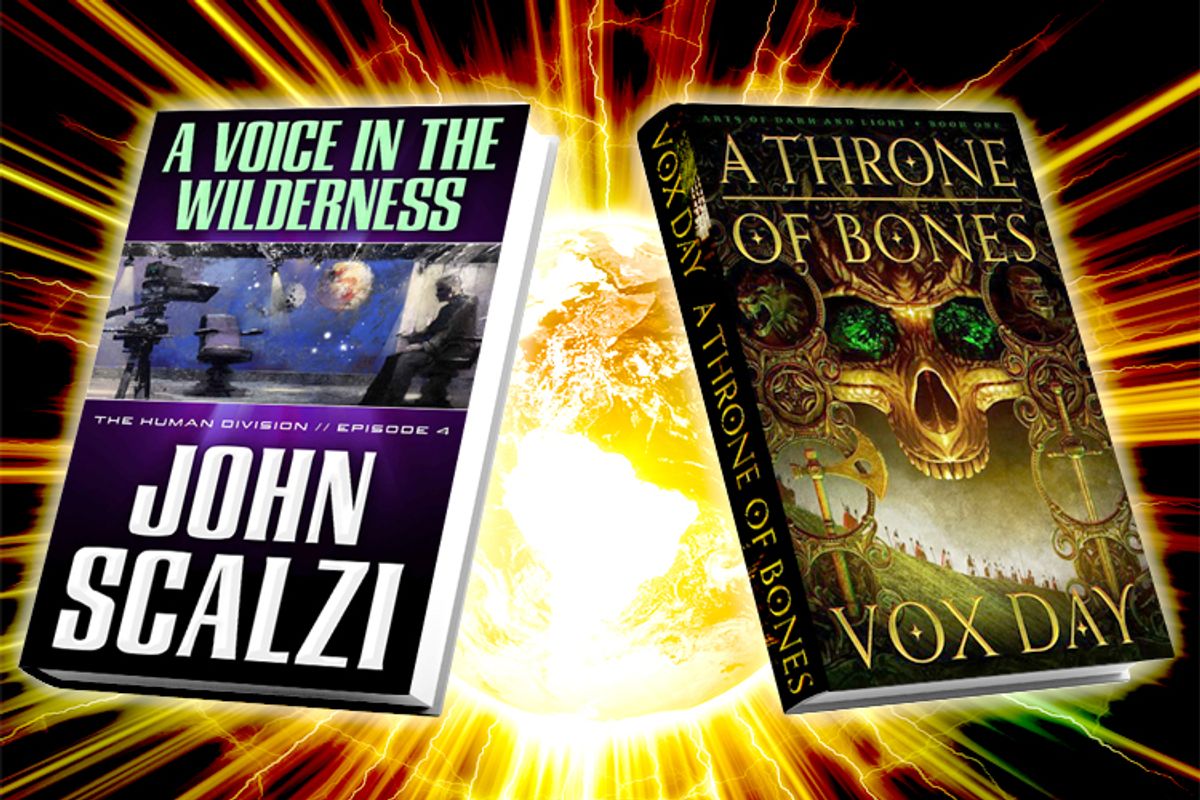 Here's how you beat the trolls: Turn their hatred into cash for charities they despise.

That's what science-fiction writer John Scalzi has done -- and in the process, he's raised more than $50,000 in pledges for Emily's List and the Human Rights Campaign, specially chosen to earn the ire of a blogger Scalzi calls "my racist sexist homophobic dipshit."

Every time Scalzi's online nemesis -- a former WorldNetDaily columnist who writes under the name Vox Day -- used his name or called someone by a derogatory nickname, Scalzi set aside $5 for charity -- and his readers pitched in, too, raising tens of thousands for charities designed to uplift women, minorities and gays. Rape, Abuse and Incest National Network and the NAACP also benefit; Scalzi capped his own donation at $1,000 and his readers took over from there.

"The whole point of this is not to intimidate him to stop speaking. You will not get this guy to stop speaking. He sees this as a contest, as a battle of wills," said Scalzi, in an interview with Salon. Giving money to charities like RAINN and the NAACP is, he says, "an extra stab in the eye."

According to Vox Day -- another sci-fi writer whose real name is Theodore Beale -- the feud began in 2005. That's when he wrote an article noting that women were less common among the ranks of hard science-fiction writers. His hypothesis was that women simply couldn't hack the science. "As everyone who's ever attended an elite university knows," he wrote, "a shocking number of women there are academically cauterized into intellectual brain death. While men are listening to professors lecture on history, economics and engineering, far too many women are yammering on and on about their feelings in Women's Studies classes." He goes on in this vein.

Scalzi -- the current president of the Science Fiction and Fantasy Writers of America -- commented several times on a 2005 article about Day's remarks, noting in one place: "From what I know of Beale's politics, he's a jackass, and a fairly ignorant jackass at that." For Vox Day, that meant war with what he perceived as the sci-fi establishment.

The intervening years brought a guest post by Beale on Scalzi's website. More recently, though, during the 2012 congressional campaigns, Scalzi wrote a satirical "fan letter" to Republican congressional candidates thanking them for making it easier to rape women in America. "It warms my heart to know no matter how much I rape, or how many women I impregnate through my non-consensual sexual battery, you have my back," read the letter, which came affixed with a "trigger warning" for rape victims and was signed "Just Another Rapist."

"You either have to not be paying attention or be hoping it's true" to interpret the post as anything but satire, said Scalzi in a phone conversation with Salon.

Not so, says Beale. "My official position on it is that the writing is much too good to be fiction," Beale told Salon. He went on to list his bona fides as a reader and thinker: "I am considerably less parochial than they are, I speak Italian, I speak German, I've lived in Europe for last 14 years, mostly Italy."

There came a series of posts by Beale tagged "McRapey," in which Beale called Scalzi a "gamma male" and "rabbit" -- terms respectively associated with the "men's rights" activist movement that decries gains made by women and theory of "Game" practiced by would-be pick-up artists, though Beale disavows membership in such a group. "I am not a joiner. I am not an activist. I would point out I have a larger readership than Scalzi's blog."

But both sides seem to agree that Scalzi's voice appears to be winning out: A piece by the Guardian on the feud did not name Beale, and its author tweeted, "I figured anyone who wanted to [know who Beale was] could trawl back through @Scalzi's site, and if I'd named him I'd have to get a quote."

"Clearly they have confounded me," said Beale, of Scalzi and his readers. "They have clearly shown themselves to be the more civilized and decent and intelligent people. I would think that that's obvious." He denied that he was being sarcastic.

As for the charities, "I cannot honestly say I've given those groups any thought whatsoever. I'm not entirely sure what Emily's List is. As far as the National Association for the Advancement of Colored People, I have no opinion."

But Beale hasn't surrendered. He has launched a new campaign --  running to succeed Scalzi as the president of the Science Fiction and Fantasy Writers of America.