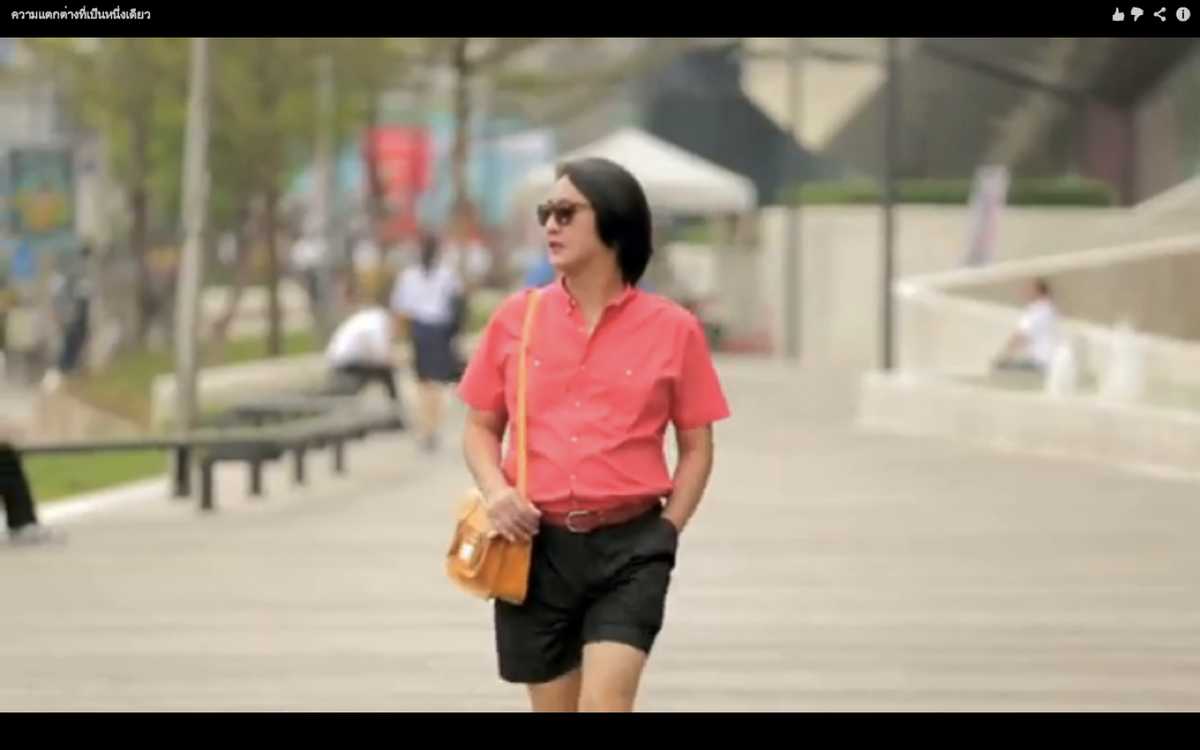 Is there a hidden, transgender voting bloc ripe for a political awakening?

At least one Thai politician seems to think so.

"Our modern world increasingly accepts varied genders... Bangkok must be a city that understands sexual differences, not just accepting different lifestyles ... it must be a friend to every difference."

Slick, minimal and set to a twinkly backbeat, the video showcases a stream of cheerful faces. Many of them belong to "kathoeys," male-to-female transgender Thais more commonly known by a cheaper term: ladyboys.

Is this the dawn of a new trend: courting the transgender vote?

Even Nok Yollada, Thailand's first transgender office holder, didn't pitch herself to this demographic. When I interviewed her last year, prior to her election victory, she said, "I don’t even focus on gender in my campaign. I barely bring it up."

Feeling unqualified to grade this ad's effectiveness, I reached out to a politically acute transgender friend.

This was her response to the campaign:

"Great move," I would say... I do enjoy seeing something like this. Anyway, it's politics. The main question that comes to my mind is that I would love to see concrete policy to make BKK (Bangkok) a friendly city for LGBT.

Since there's no mention of policy in the ad, perhaps Pongsapat's campaign regards this ad as a promotional stunt. (If so, congrats! It worked on me.) Only in recent years has Thailand's military stopped labelling transgender draftees "insane," a phenomenon I profiled in a 2010 piece titled "The Lovely Conscripts."

Or maybe Pongsapat regards himself as a man in touch with modern thinking. After all, he actually named his son "In Touch" and one of his promised policies involves handing out free energy drinks to motorbike taxi crews.

His ad also runs through a list of Thai-language sexual identities that will prove dizzying to the uninitiated. In addition to "kathoeys," he's embracing mainstream gay identities in Thailand such as "toms" (butch lesbians) and "dees" (lipstick lesbians). And he's also thrown in few highly obscure identifications that drove me to the wilderness of Thai message boards. (A "cherry," I've just learned, is a non-transgendered woman seeking a kathoey.)

Perhaps it's that, in the 21st century, we can finally envision a society in which politicians eager for power practice equal opportunity pandering.