Connecticut congressman bashes Spielberg -- and has ties to Affleck

Rep. Joe Courtney has issues with "Lincoln." Does it matter that he was endorsed by the director of "Argo"? 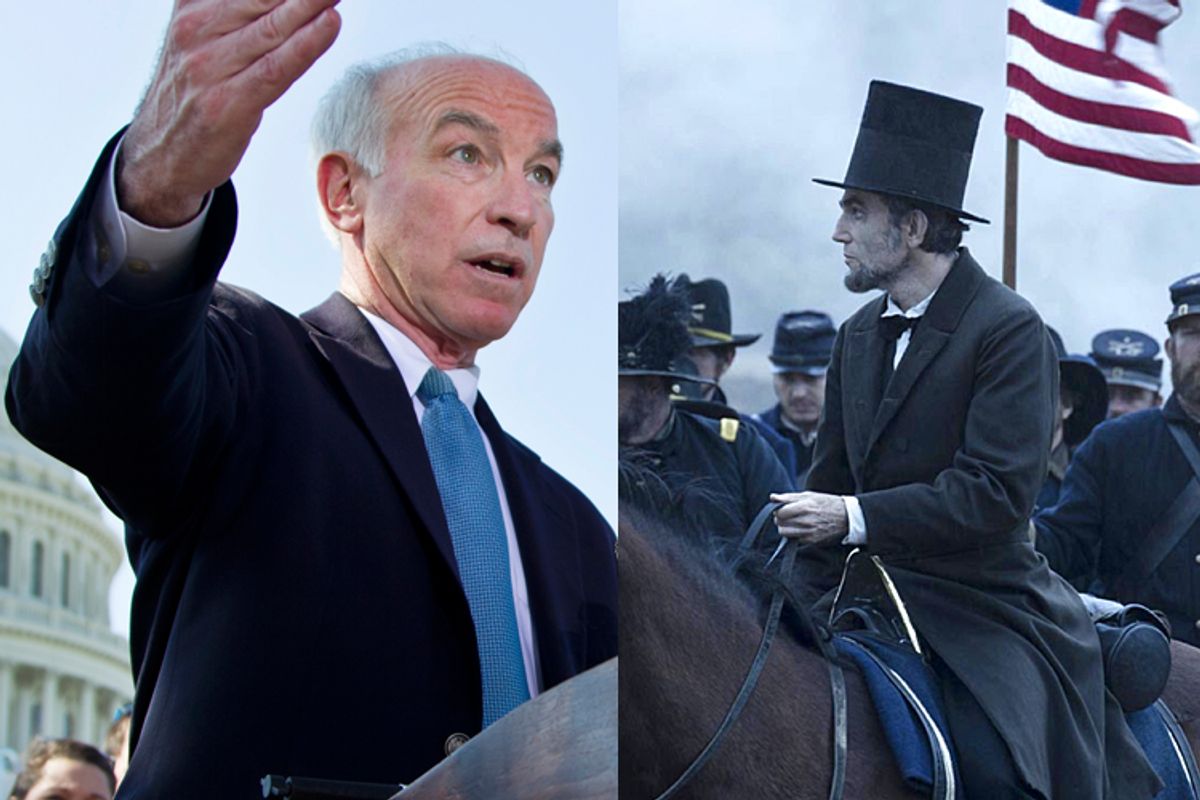 Representative Joe Courtney, D-Conn., has called for director Steven Spielberg to re-cut "Lincoln" in order to correct an inaccuracy; the film, he says, depicts Connecticut lawmakers voting against the 13th Amendment. This runs counter to the northeastern state's pro-abolition votes.

"Lincoln" is only the latest movie this year to come in for criticism as to its veracity -- "Zero Dark Thirty," about the killing of Osama bin Laden, and "Argo," about the rescue of American hostages in Iran, have both been scrutinized. And historians have questioned the framing of "Lincoln" for portraying the president as too instrumental in ending slavery, an institution that was collapsing throughout the South.

Nevertheless, recalling the sort of dark "Oscar campaigning" that saw whisper campaigns about mathematician John Nash during "A Beautiful Mind's" 2002 march to the dais, Joe Courtney has another connection to the race. Courtney had lost to Republican incumbent Rob Simmons in 2002, and defeated him by a margin of 83 votes in 2006. That year, Ben Affleck (director of "Argo," which has traded best picture front-runner status with "Lincoln" throughout the race) worked to get out the vote for Courtney.

Three days before the 2006 election, the Hartford Courant described the scene: "'It's really about something more than just this district,' Affleck told more than 200 cheering UConn students, many of whom held up cameras and cellphones to get a shot of the movie star in their midst. 'It's about the direction of the United States.'"

Or, eventually, the Oscar race.