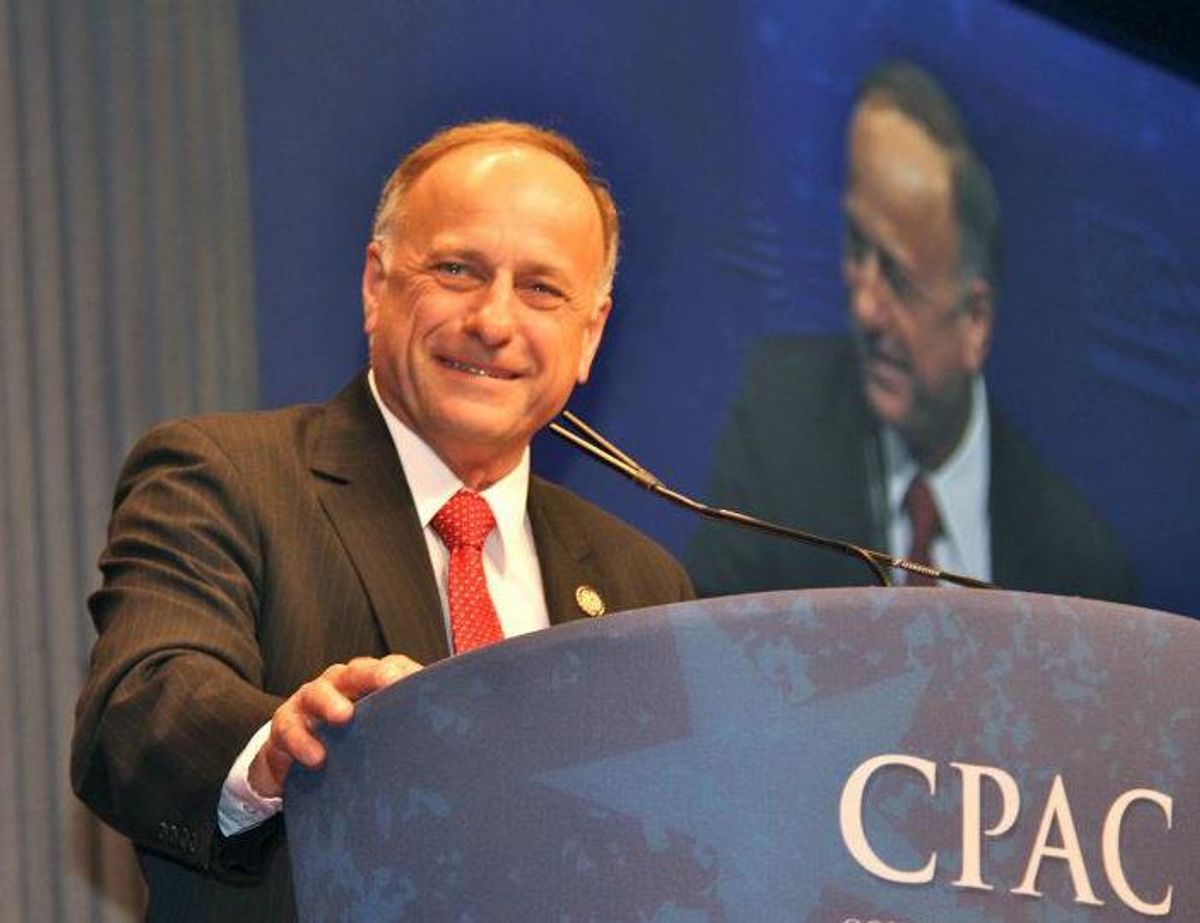 Conservative Rep. Steve King is using Karl Rove's "war" on the Tea Party to fundraise, telling supporters that "Nobody can bully me out of running for the U.S. Senate, not even Karl Rove and his hefty war chest.”

King is a potential front-runner in the 2014 Republican primary to replace Sen. Tom Harkin, D-Iowa, who is retiring. In an email obtained by the Des Moines Register, King told supporters that "I’m under attack and I urgently need your help to fight back." He added that he has not made a decision about a run, "but already Karl Rove and his army have launched a crusade against me."

"I’m no stranger to outlandish attacks like this," King wrote. "They said I couldn’t win in 2012 — the entire political machine was against me — but I soundly defeated my opponent by 8 percentage points. So let me be clear. Nobody can bully me out of running for the U.S. Senate, not even Karl Rove and his hefty war chest."

King, an anti-immigration hard-liner and Akin-esque non-believer in pregnancies from rape, was cited by American Crossroads president Steven Law as a prime target for the new Conservative Victory Fund initiative. “We’re concerned about Steve King’s Todd Akin problem,” Law told the New York Times. “This is an example of candidate discipline and how it would play in a general election. All of the things he’s said are going to be hung around his neck.”

The idea behind Crossroads' new project is to enlist GOP billionaires to help quash far-right candidates like King before they can win their primaries, then prove unelectable in the general election. Tea Partyers have been most displeased by the plan, to say the least.