Waxing our way to the ER

Grooming accidents are exploding. When did we start hating pubes? 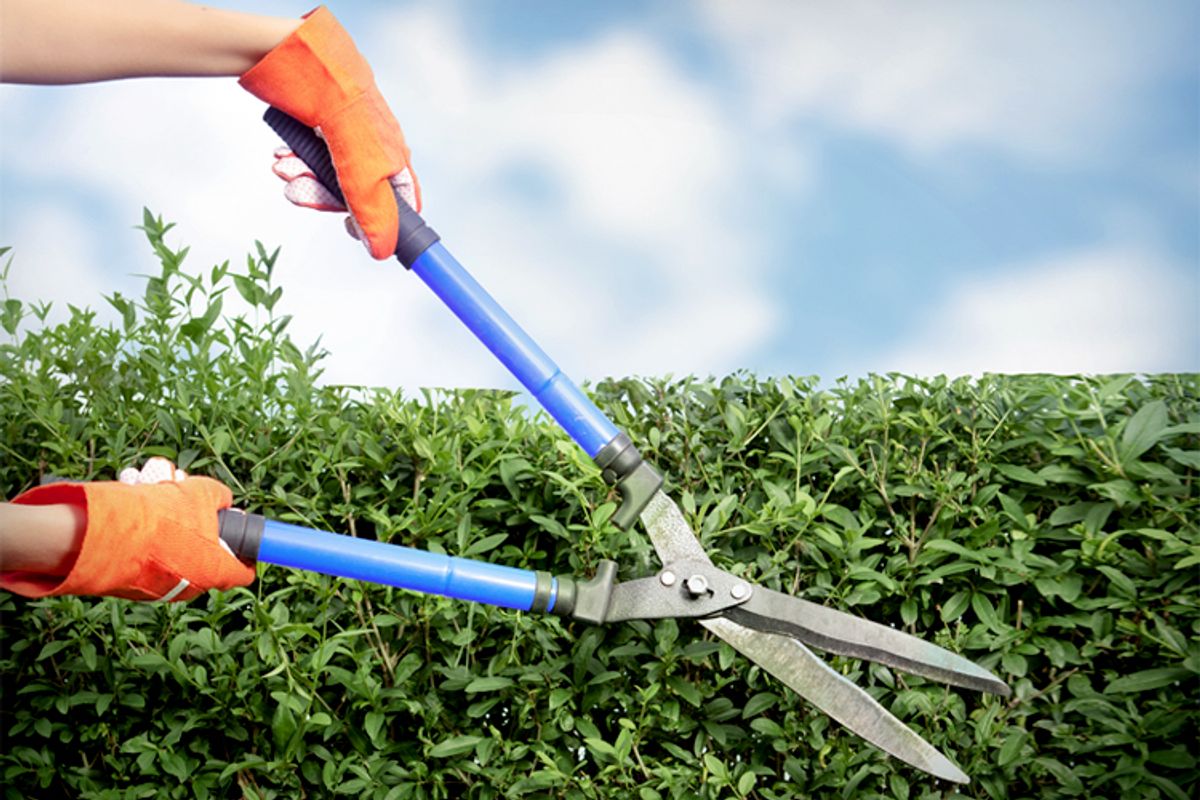 Just in case you still haven't read your December issue of Urology, here's the best piece of advice you'll get today: Don't drink and shave your pubes. You're welcome.

A new study from the University of California-San Diego reveals that "Emergency room visits due to pubic hair grooming mishaps," including oh my God no no noooo "lacerations," increased fivefold between 2002 and 2010, sending an impressive 11,704 pube-scapers to the E.R. The culprits? Scissors and hot wax did some of the damage, but plain-old non-electric-razors accounted for the lion's share, at 83 percent. Now if you'll excuse me, I'll be under my desk, rocking slowly back and forth and crying as I think about this.

The study also revealed that below-the-belt grooming isn't just for adult ladies anymore – men accounted for 43.3 percent of the injuries, and almost 30 percent of them were girls under the age of 18. To avoid becoming yet another harrowing grooming gone bad statistic, the researchers advise hair removal aficionados to "Pay attention to where you're placing that razor. Invest in a non-slip bath mat. And don't shave while under the influence of drugs or alcohol." Yeah, don't do that. For the love of God don't do that.

What was just a few years ago a somewhat novel ritual is now considered an all but de rigueur part of aesthetic maintenance, for both sexes. Kids, as recently as the 1990s, everybody had piercings down there, but pretty much everybody still had pubes, too. Now, between 70 and nearly 90 percent of females remove part or all of their genital hair, and roughly 60 to 80 percent of men. And while it may be leading to more E.R. visits, on the upside, it's made pubic lice all but extinct in our time. Someday, people won't even know that crabs were once something you could get someplace other than Red Lobster.

Hairstyles come and go, but the nagging problem with all this deforestation is a simultaneous, culture-wide discomfort for anything outside a very narrow aesthetic. In Jezebel Thursday, Laura Beck examined  a recent letter in 7x7 from a gentleman asking, "How Do I Get My Girlfriend to Change Her Grooming Routine?" In it, the writer says that his special lady is "well-groomed and healthy" but "much more natural." I honestly have no idea what qualifies as "well-groomed" but "more natural." Neat triangle? Trimmed short? Wide landing strip? The writer goes on to explain that during oral sex, the lady's follicular situation is "distracting me to the point of throwing me off my game down there."

In response, the male advice columnist commends him for "being a trouper in respecting her body preferences" and suggests "Maybe there's a compromise between au naturale and Brazil," adding, "your accepting and open-minded approach has earned you at least the right to broach the subject." The female columnist toes a similar line, saying, "When a person offers to put their face in your genitals for the sole purpose of bringing you to orgasm, that person gets to make a small request regarding the topography of the area."

You know, I don't want to get all into waxing-is-the-tool-of-the-patriarchy here, because I truly believe that whatever rocks your world is awesome and that whatever we do with our bodies is supposed to be fun and make us happy. You want to braid it or bling it, mazel tov. But it's a tad off-putting that this guy can't get in the game because of a little hair, and it's somehow the woman's problem. Sex is about compromise and communication, and if you've got a preference, it's important to let your partner in on it. But by the same token, if a woman's body that is by your own admission in a "well-groomed" state is still somehow "distracting," you know what? Try a little harder, dude.

Here's what I wish every adult person with a set of genitals would do today. Go look at some vintage porn. I'm totally serious. Get yourself a few old images from Penthouse, a classic adult movie from the '80s or earlier, and just take a gander. You know what you'll find? Very hot people having very hot sex and somehow bravely soldiering on through pubic hair. People having oral and all kinds of other sex despite the crippling liability of short curly hair. And they don't look confused or distracted or perplexed. It can be done! It has been, for eons!

We've grown over the years to embrace a certain standard of genital beauty, for both men and women, and it's fine. But if it's all there is, if the option of something different is not even on the table, if guys don't want to go down on their girlfriends and people are sitting in emergency rooms with embarrassing wounds, that's a problem. And when we can accept a broader range of ideas about what's beautiful, what's pleasurable, how can it not be a good thing? How can it not give us a warm, fuzzy feeling?