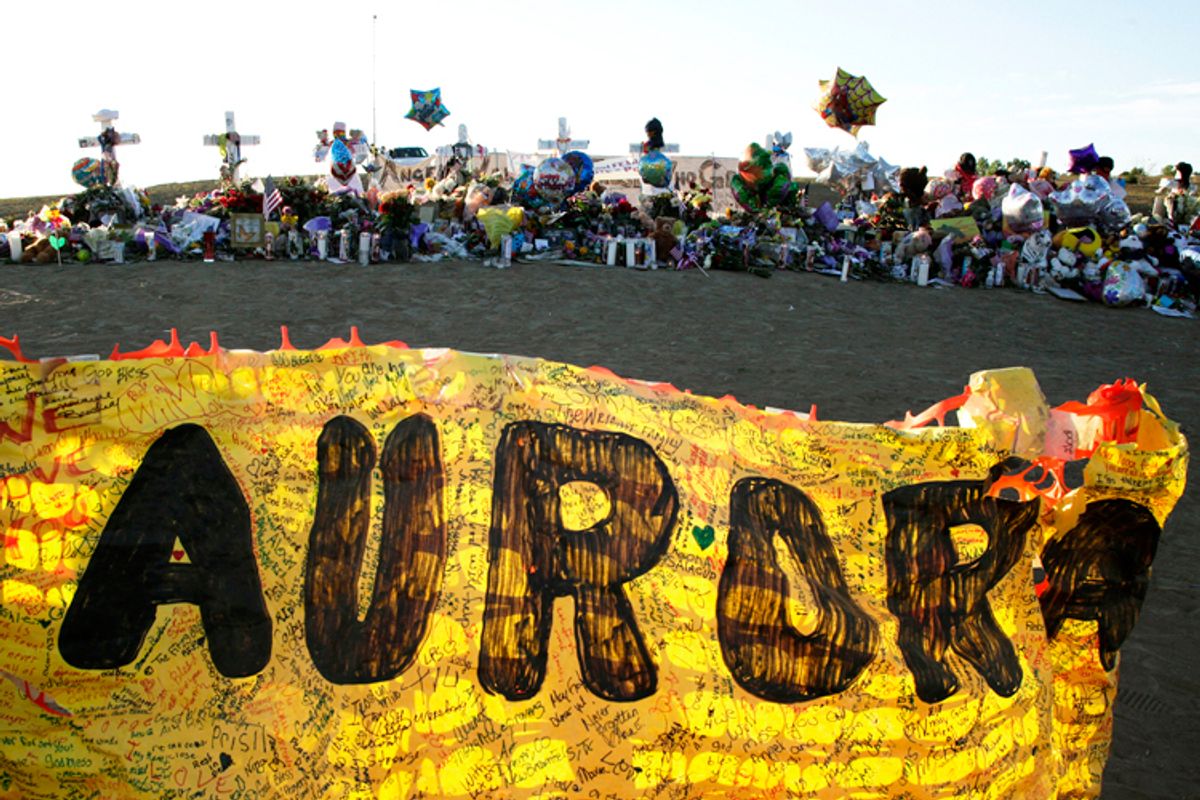 It’s not just people in Newtown, Conn., who are being harassed by conspiracy theorists. In Aurora, Colo., things have gotten so bad that prosecutors this week requested that the names of victims’ families be redacted from future court documents to spare them from “relentless contacts by proponents of purported ‘conspiracies.’”

In a document filed with the Arapahoe County District Court Tuesday, Deputy District Attorney George Brauchler wrote that conspiracy theorists "have contacted victims in this case, some of whom have even gone so far as to recruit other members of the public to contact the victims and to publicly post maps with the home addresses and phone numbers of the victims on various social media sites."

The document said that some victims and their families "have expressed concerns for their privacy, and personal safety,” and warned the harassment could “adversely affect the administration of justice in this case” because many of the targets are witnesses.

Jordan Ghawi, a 26-year-old firefighter and paramedic whose sister was killed in the shooting, explained to Salon how the harassment started. “I think it started with me because my presence online is a little further out there than the rest of the families,” he said, noting his active Twitter feed and website detailing his adventures skydiving and traveling.

The first email came from a man asking, “have you ever seen your sister’s body?” He ignored it. When a second email came, Ghawi replied, saying that he wasn’t going to entertain the man’s questions, but accidentally left his phone number in his email's signature field. Then the phone calls started: “Did you see her body? It didn’t happen, it was a government coverup, etc., etc.

“From there, it went to threatening emails that included death threats ... he did threaten my life at one point,” Ghawi explained. The emailer, who Ghawi later learned had been investigated by authorities in two other states and by federal law enforcement for, among other things, harassing the wife of the pilot of Flight 93, also had conspiracy theories about 9/11 and moon bases.

Ghawi sent an email to other family members warning them, but soon the man started contacting them, and then the police department psychologist on the case. “It was clear to me that it was somebody who had some mental health disorder ... not just a troll,” Ghawi said.

Things escalated when Alex Jones’ InfoWars posted a video calling Ghawi a crisis actor, whom conspiracy theorists believed were used to create a false narrative around the attacks. That led to a group of conspiracy theorists contacting Ghawi with “mostly innocuous stuff” about how he was a patsy or under mind control.

“Some of these people are incessant. They don’t stop,” he said, suspecting most are true believers, not merely prankers trying to get a rise out of their victims.

Some family members had to change their phone numbers or delist themselves to avoid harassment.

Ghawi said he doesn’t think redacting the names from court documents will help much, since most of the names are already out there, but that it probably couldn’t hurt.

Still, he tries to take all in stride. “This is what makes America great, in a way. You can express your opinion. But, shit, there are some crazy opinions out there.”