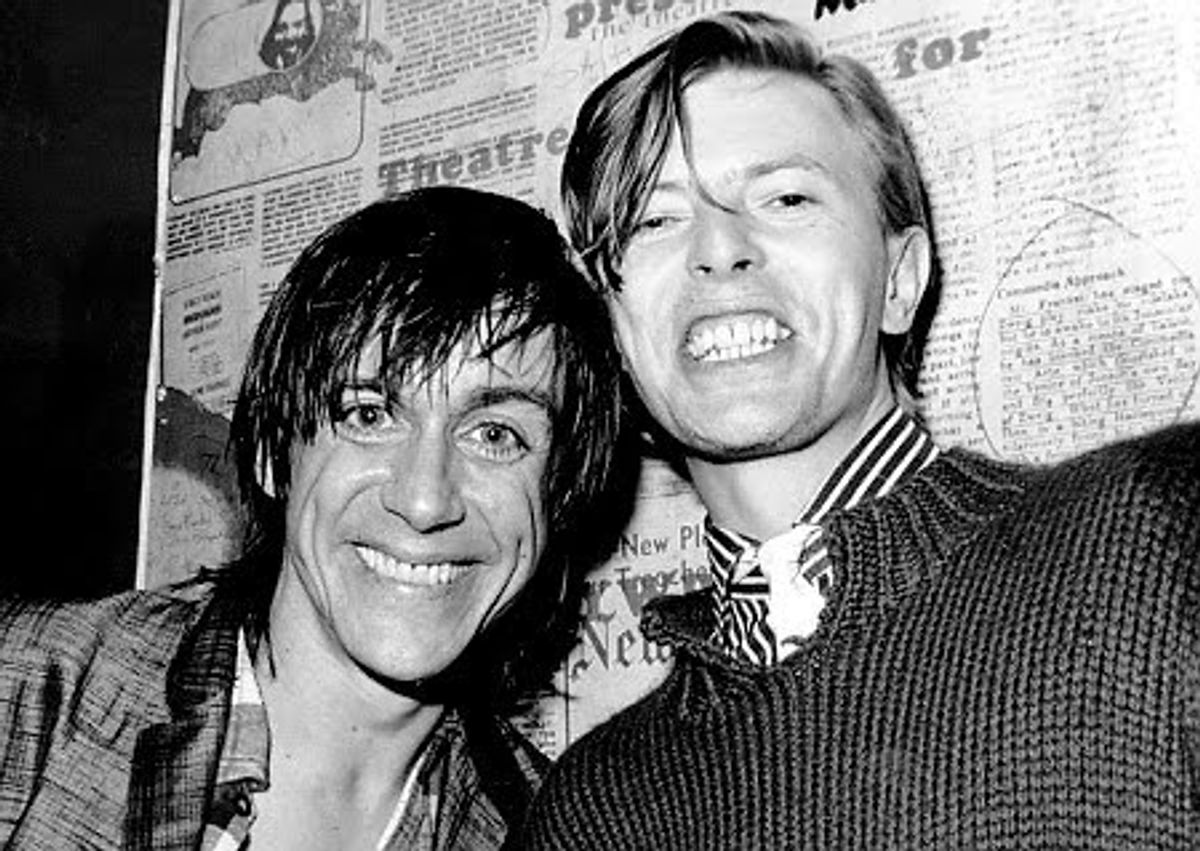 Todd Haynes fantasized about the unlikely friendship and collaboration between David Bowie and Iggy Pop through his fictional "Velvet Goldmine." But now the filmmaker Gabriel Range is directing a biopic about the glam rock duo's time together in the mid- to late 1970s in West Berlin, according to the Guardian. Range, best-known for his movie about an imaginary assassination of George W Bush, is working from a screenplay by Robin French, reports the Hollywood Reporter. French, a TV writer for the BBC3's  sitcom"Cuckoo," has tentatively titled the film "Lust for Life," basing the screenplay largely on Paul Trynka's Bowie and Pop biographies, "Starman" and "Open Up and Bleed."

Says producer Egoli Tossell, "[This] is not a traditional rock biopic [because] no one dies at the end." Range's film will explore the era when the two worked on Bowie's 1977 album, "Low" and Pop's first two solo albums. Bowie, now 66, is reflecting on this time now with his first new work in nearly a decade, releasing the single "Where Are We Now?" last month, from his forthcoming album "The Next Day,"  as he pays tribute to Potsdamer Platz and Nürnberger Strasse.

"Berlin was the first time in years that I had felt a joy of life and a great feeling of release and healing," Bowie told Uncut in 2001. "Some days the three of us would jump into the car and drive like crazy through East Germany and head down to the Black Forest … Or we'd take long, all-afternoon lunches at the Wannsee on winter days … At night we'd hang with the intellectuals and beats at the Exile restaurant in Kreuzberg.

The Guardian reports that Tossell is producing "Lust for Life" with the British production company Altered Image; development funding comes from Creative England and the German national film board.

BONUS: David Bowie and Iggy Pop charming and duly freaking out Dinah Shore, Rosemary Clooney, and millions of housewives across America in 1977 on the "Dinah Shore Show."