Women in the Dakotas face fewer and fewer options 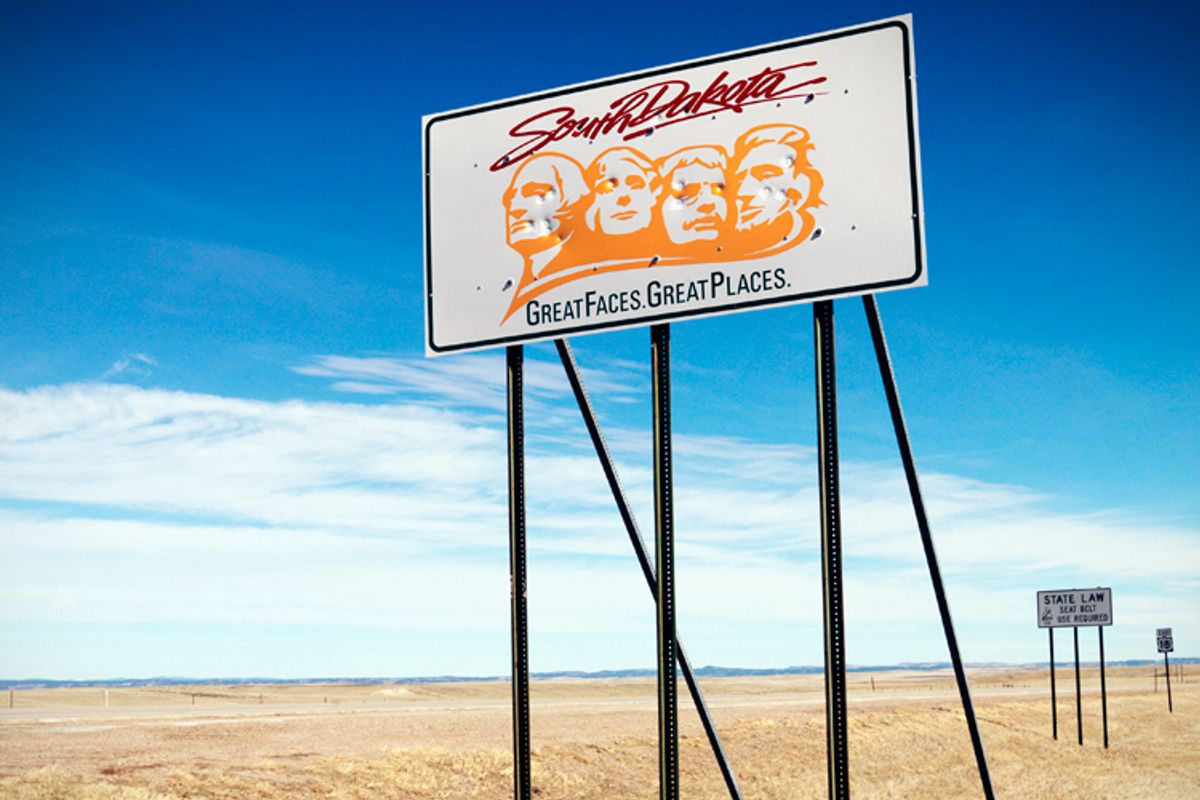 It's a simple proposition, borne out by research: The best way to prevent a woman from accessing an abortion is to leave her with few or no places to get one. They know it in Mississippi, where the last clinic is famously fighting to stay open, but where for years a growing number of women -- the ones who can -- have already been going out of state to get an abortion. And they know it in the Dakotas, where both North and South have been, with far less fanfare, busily passing bills that would essentially rid the state of abortion access.

In South Dakota, voters have twice refused to ban abortion. That hasn't stopped the state's Legislature from enacting some of the most imaginatively restrictive laws around the procedure, including an attempt to force women to visit crisis pregnancy centers to talk them out of their decision, a requirement to say that abortion increases the risk of suicide in contravention of evidence, and the nation's longest waiting period, at 72 hours.

That waiting period, which is supposed to give those capricious women time to change their minds, is poised to be extended to the point that it may eliminate abortion services from the state entirely. A proposed law would start counting only business days toward the requirement, meaning weekends and holidays could stretch out the waiting period to far beyond 72 hours.  The state's NARAL director told RH Reality Check that if that law passes, Planned Parenthood may not be able to provide abortions at all in South Dakota, since it adds additional burdens on the doctors that currently fly in weekly.

Meanwhile, in North Dakota, the state Legislature is trying to get Personhood on the ballot, despite the rejection of voters in Mississippi and twice in Colorado. (It passed the Senate Thursday and if it clears the House will be on the 2014 ballot.) That measure, which would ban abortion and likely some forms of birth control, is intended to be a direct challenge to Roe v. Wade, since Scalia said that the Supreme Court is waiting for states to raise a case," its sponsor told the Huffington Post. (It's far more likely that a more incremental law, like a 20-week ban, would be accepted by the Supreme Court than an outright ban.)

But the truly treacherous bill in North Dakota is the one that would demand that doctors at the state's one abortion clinic have hospital admitting privileges -- the same law that threatens Mississippi's last clinic. That bill's supporters have been careful to say their intention is not to eliminate abortion from the state, perhaps because such statements have been used against legislators in a pending lawsuit arguing Mississippi's law amounts to an abortion ban. The clinic bill has already passed the state Senate.

What's going on here? As Amanda Marcotte noted in a trenchant piece on North Dakota, "The sad irony is that much of what’s driving the escalation of the war on women stems from conservative anger at the luckiest daughters of feminism: the privileged single women with college degrees who flock to liberal centers and who helped hand Barack Obama his electoral victories. Those women, however, are out of social conservatism’s reach. The targets for misogynists’ rage, therefore, are usually the women in their own communities, who often don’t have the same educational, economic, and cultural advantages as their urban counterparts do."

Medication abortion was supposed to provide a lifeline for women in rural areas, as providers hoped they could do consultations via webcam and allow women to take the abortion pill remotely. But both Dakotas are among the seven states, many with broad swaths of rural areas, that have already banned it by requiring a doctor to be present for the procedure. (North Dakota's ban is in litigation.) As to what happens to these women when their choices are taken off the table, a recent TNR piece by Ada Calhoun on the "rise of DIY abortions" provides a clue. In Idaho, Jennie Linn McCormack couldn't afford an abortion or a trip to Utah, with its own 72-hour waiting period. Her sister ordered $200 abortion pills for her over the Internet. When McCormack took them, she learned she was much further along than she'd thought, and eventually the police got wind of it. She's been charged with a felony, with a prison sentence of up to five years.