Must-see morning clip: Maher tells Trump to "suck it up" 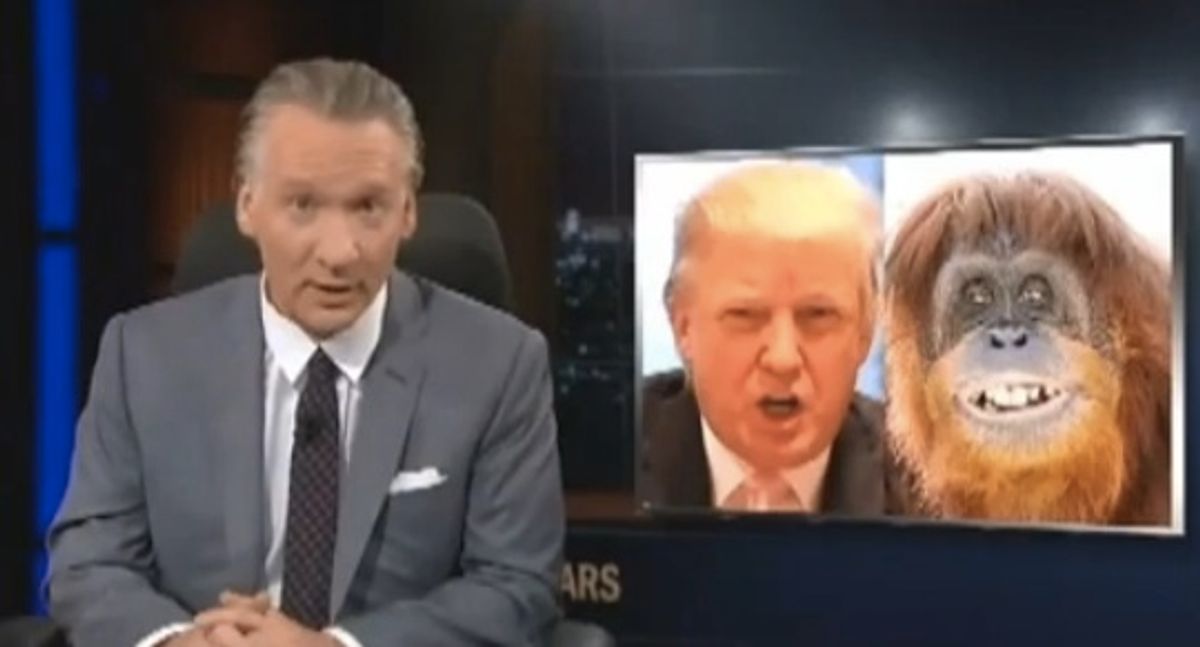 Bill Maher responded to Donald Trump's $5 million "orangutan" lawsuit on "Real Time" on Saturday, telling Trump "suck it up," and noting that jokes on comedy shows are not typically legally binding contracts.

The kerfuffle between Trump and Maher started shortly after Trump announced that he would give $5 million to charity if Obama provided his school records. Maher joked on "The Tonight Show" that Trump should prove that he wasn't the child of an orangutan. Trump, for some reason, did, and his lawyer sent Maher a copy of the birth certificate. “Attached hereto is a copy of Mr. Trump’s birth certificate, demonstrating that he is the son of Fred Trump, not an orangutan," his lawyer wrote.

In response, Maher addressed Trump on his show. "This is known as 'parody,' and it's a form of something we in the comedy business call a joke," he said. "Just like we're the gun country, we're the joke country. We love our free speech and we love celebrities getting taken down a peg. So Don, just suck it up like everybody else!"