Now you can lose money without ever leaving your bed

An Atlantic City hotel and casino will become the first in the U.S. to let guests gamble over hotel room TV sets 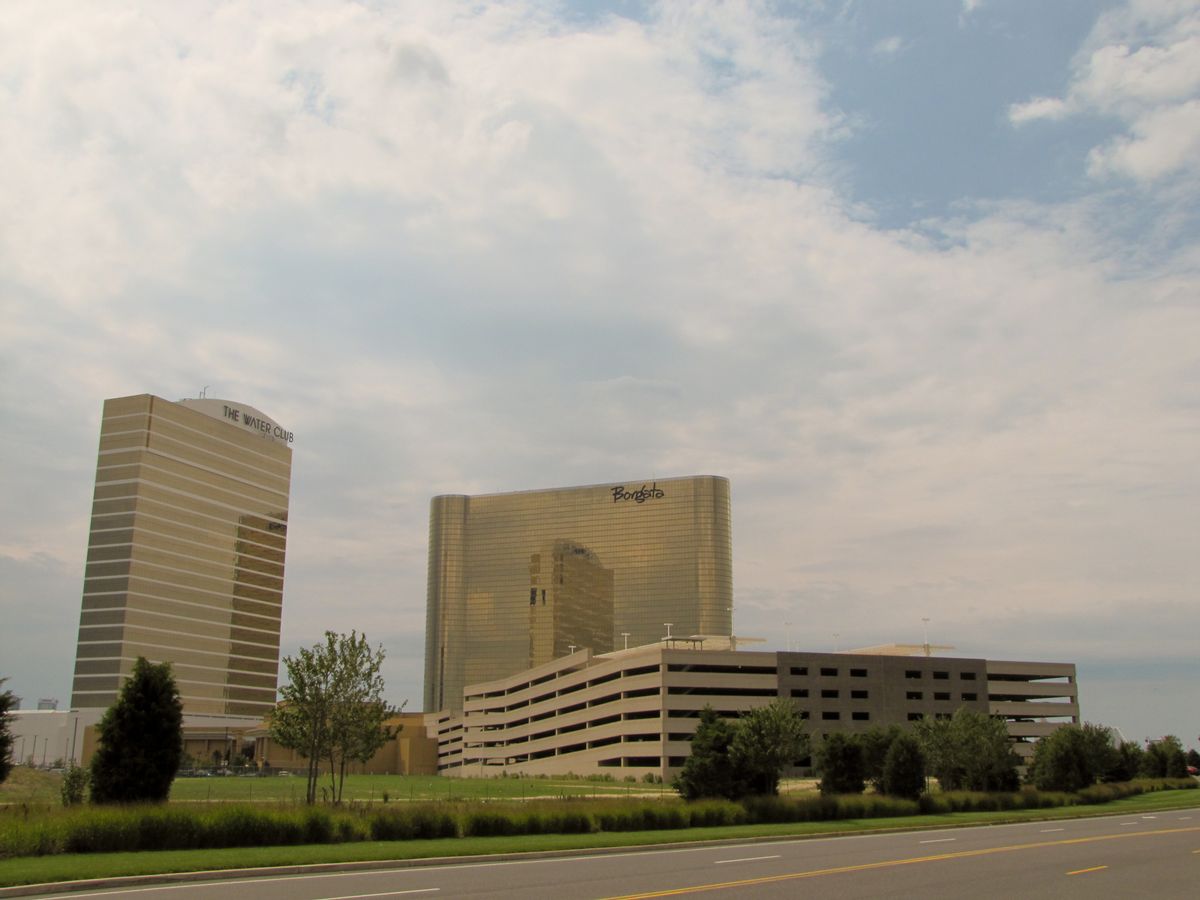 The Borgata Hotel Casino and Spa
--

ATLANTIC CITY, N.J. (AP) — Guests at one New Jersey casino won't even have to get out of bed in order to place a bet.

The Borgata Hotel Casino & Spa in Atlantic City said it will become the first casino in the United States to let guests gamble over hotel room TV sets, starting Feb. 18.

Its E-Casino program will let guests with player's cards set up electronic accounts and risk up to $2,500 a day. Slots and four kinds of video poker will be the first games offered.

The casino says the technology can be expanded to include gambling over hand-held devices anywhere on casino property, which New Jersey recently authorized, and full Internet gambling, if the state approves it.

"This puts us in a position to leverage the technology into true mobile gaming and Internet betting later on," said Tom Balance, the Borgata's president and chief operating officer. "We're moving forward with the future of gaming, and this is that first step."

John Forelli, the casino's vice president of information technology, said it is designed not only as an added amenity, but to get them familiar and comfortable with the concept of electronic gambling accounts for the day when Internet wagering comes to New Jersey. Gov. Chris Christie last week vetoed an Internet gambling bill, but said he would sign one with some moderate changes.

The New Jersey legislature is expected to approve Christie's proposed changes on Feb. 26 and send the bill back to him to sign.

The Borgata does not expect in-room gambling to supplant a significant portion of its action on the casino floor. Rather, it views it as an added attraction for customers trying to decide which of many East Coast casino destinations to visit.

Susan Marzetti, a casino patron from Staten Island, N.Y., said she would not take advantage of it.

"I like the ambience of being down here on the casino floor," she said. "I like the noise of the machines. In my room, I'd find it depressing, to be honest."

But William Frawley said he'd definitely take advantage of it during down time.

"I think it would be a great added feature," he said. "I'd be willing to invest $100 and run it through there. Video poker, I'd definitely play."

Borgata officials said they had no estimates of how much they expect to take in through the system, which is subject to a 90-day trial period by the New Jersey Division of Gaming Enforcement.

The system is built by Allin Interactive, a Fort Lauderdale, Fla., company that specializes in interactive television applications.

There are several controls to prevent the system from being used by minors or people excluded from gambling. A customer would have to have a Borgata player's club card, which would screen them to ensure they are of legal gambling age and are not banned from any casino premises.

The PIN number used for the players' club card would have to be combined with a temporary password provided by the casino's front desk. Patrons would then go to the casino cashier cage and open an electronic account by providing up to $2,500 in cash, the maximum the state allows to be transferred into the system each day.

The system works using the TV remote control. Players can toggle back and forth among a slots game called Rum Runner's Riches and four kinds of video poker. The casino eventually plans to add more games if the test period if successful.

Players who want to cash out just click a button on the screen and the proceeds of their gambling go into an e-wallet that can be stored for future visits, or paid out at the casino cashier cage, just like winnings accrued on the casino floor.

The technology is currently used on large cruise ships. It will be available in all 2,000 of the Borgata's rooms.