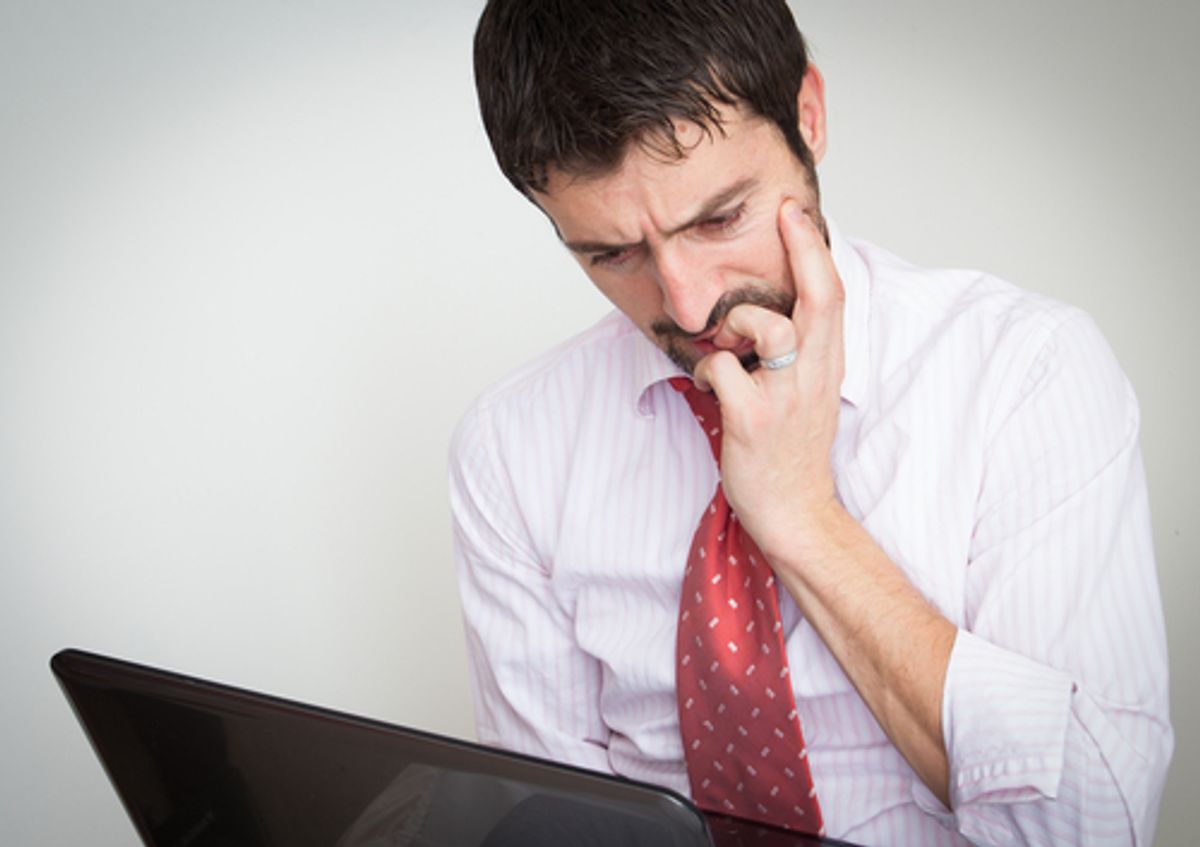 How often do you check out your Facebook profile? If considering that question makes you blush—or raises the uncomfortable notion that you’re a narcissist—relax: You’re acting on an impulse that is as basic as it is benign.

New research suggests that all that rereading, revising, and updating satisfies the fundamental human need to feel good about yourself, and your place in society. This reassurance and sense of security is a vital psychological resource, and Facebook may be the easiest, most convenient way to provide it yet been devised.

No wonder the social network has accumulated over one billion members over nine years.

“We do not claim this explains all of Facebook’s popularity,” said University of Wisconsin scholar Catalina Toma, who conducted the research with Cornell University psychologist Jeffrey Hancock. “But we are showing that people turn to Facebook to meet a psychological need, and that it works.

“Facebook gives you the ability to construct yourself in a positive manner, link yourself with friends, and make those displays of connection public. You’re telling the whole world, ‘These are my friends, or members of my family. This is how close we are. Here are photographs of the things we do together.’ That’s where people usually anchor their self-worth.”

Writing in the Personality and Social Psychology Bulletin, Toma and Hancock examine Facebook usage through the prism of self-affirmation theory. “According to this theory, all human beings have a fundamental need of feeling self-worth—to feel that you’re a valuable member of society,” Toma explained. “Deep down, everyone wants to believe they’re a good person.”

Needless to say, this self-regard gets challenged on a daily basis—when we get criticized by our boss, spurned by our spouse, or even cut off in traffic. We respond to these challenges to our positive self-image in a variety of ways, from dismissing our critics as dumb to denigrating someone else entirely.

“A lot of stereotyping is basically putting other people down for the privilege of making yourself feel better,” Toma said. “We go through our days making irrational and unwarranted judgments that serve the purpose of maintaining our self-worth.”

Fortunately, there are also more positive ways fulfill this need. Someone can strongly identify with a particular sports team or political party, and share in the glories of their victories. Or they might engage in activities that reinforce their self-image, be it put in overtime (if they value being a good employee) or spend more time with the kids (if they think of themselves as a good parent).

These responses take up time and energy, of course. It’s Toma and Hancock’s contention that tinkering with your Facebook profile fulfills the same need in a simple, easy way. “Never before did you have an environment where it was so easy to collect positive messages from friends, and to access them so easily,” Toma noted.

TO TEST THEIR THESIS, they conducted two experiments. In the first, a group of Cornell undergraduates spent five minutes looking at either their own Facebook profile, or the profile of a stranger. They then gave a short speech, ostensibly to test an online course in public speaking.

Afterwards, they were all given “the same generic negative feedback” regarding their presentation. Finally, they filled out a questionnaire in which they responded to that criticism.

“We found those participants who had spent time on Facebook before getting the negative feedback reacted less defensively,” Toma said. “They were more likely to say, ‘There’s some truth to this feedback,’ or ‘I can learn from it.’

“Whereas participants who did not look at their Facebook profile said things like, ‘The evaluator is incompetent’ or ‘I’m just having a bad day.’ They reacted in all the ways people protect themselves (from ego threats).”

“The second study is the really interesting one,” Toma said. “We made half of the participants feel bad about themselves (by giving them the same negative feedback as in the first study), while the other half did not. We then gave them five potential activities to do. One of them was looking at their own Facebook profile.

“When participants were feeling bad about themselves, they chose looking at their Facebook profile at twice the rate of the participants who got neutral feedback,” she said. Instinctively, they gravitated toward a task that would replenish their depleted self-worth.

“We asked them why they chose that activity, and they couldn’t verbalize a reason,” she added. “It was very much an unconscious process.”

These results complement another recent study that found people who spend a lot of time reading their friends’ Facebook postings feel worse about themselves. “It’s certainly plausible that both things happen,” Toma said.

“Because everybody constructs themselves in an idealized way, it’s plausible that when you look at other people’s profiles, you get a misguided perception of how happy and fulfilled they are, which can make you feel worse about your life.

“You can do lots and lots of things on Facebook,” she added. “Our results are about looking at your own profile. You can also chat with friends, play games, read the news feed. It’s important to examine the effects of all those activities.”

It’s always worth noting that a collection of college students isn’t necessarily representative of humanity as a whole. However, in this case, Toma’s pretty sure the dynamic she discovered is not limited to educated Westerners.

“If anything, people in more collectivistic culture like India, China, and Japan value personal relationships even more than Americans,” she said. For them, acceptance in a social group is even more quintessentially important. Perhaps this is why Facebook has caught on all over the world.

“The need for self-worth is universal. It does manifest itself in culturally specific ways, but relationships with friends and family are universally important.”

So how often does Toma check her Facebook profile?

“Way too much,” she said with a laugh. “I do it every day. I change profile photographs and add status updates.”

Unfortunately, she added, previous research has found that consciously attempting to boost your self-worth (a la Al Franken’s Stuart Smalley character) feels contrived and is therefore ineffective. So, since she is intensely aware of this dynamic, it is almost surely not having the same positive effect for her that it has for most of us.

“The sacrifices we make for research,” she chuckled.