Divorce from my best friend

I clung to the safety provided by Philip. But years into our marriage, I had lost myself, and my connection to home 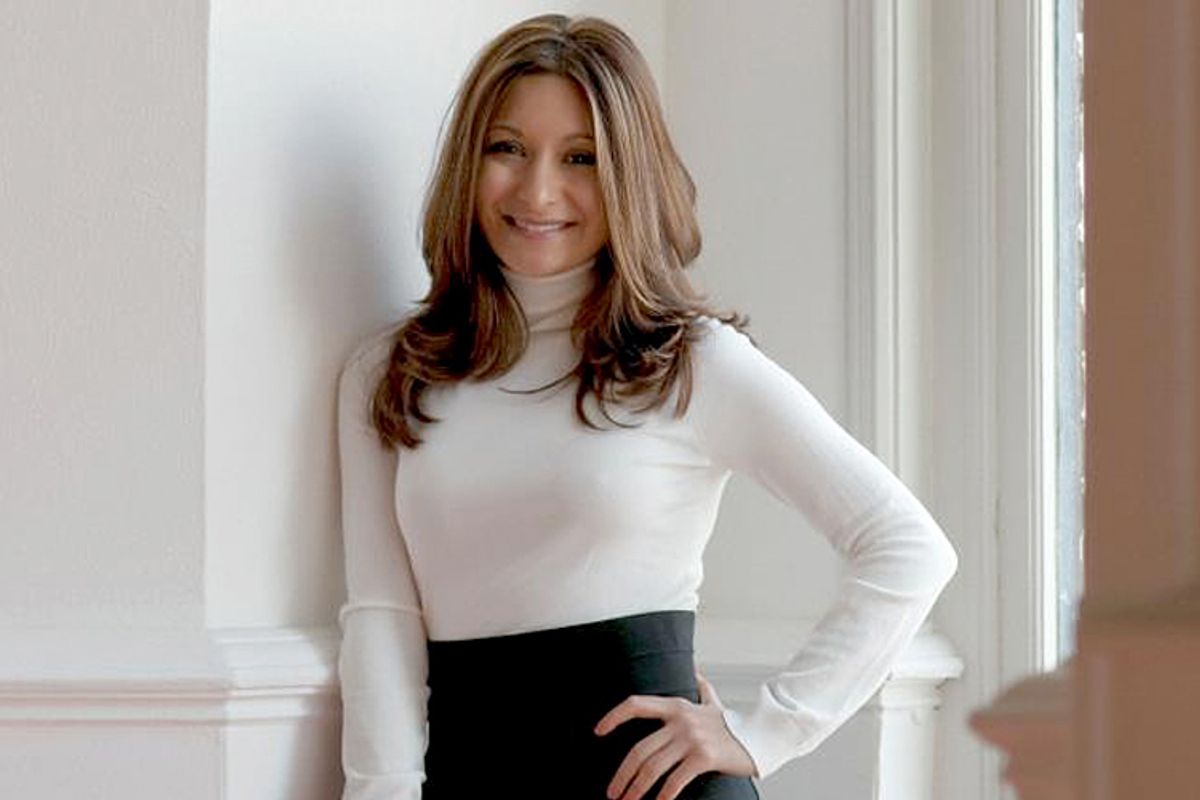 My ex-husband, Philip, is a citizen of five countries. I still marvel at how that’s possible. He is fully trilingual and sounds like he comes from his own mythical land. His accent in every language is just a little bit foreign. He is his own kind of people. I am too: an overeducated world wanderer, a former child immigrant who now hails from no particular place. It seemed so sad to me back then, to sound like no one else, to be alone in one’s dialect. I think that’s why I fell in love with him.

Philip and I met at Princeton — two ambiguously exotic, international business types, headed for New York and doing a very good job of seeming like American yuppies. We dated for four years and married at 24, took prestigious jobs in business, lived in New York and Paris and Amsterdam. I loved Philip deeply. That part was real. But I can admit now that I was pretending about the rest. The whole persona. It felt unnatural, but I clung to it. “I owe it to myself, don’t I?” I said about my job, about the polished man I had chosen. “Ten years ago I was sleeping in a refugee camp. There’s no actual choice here.”

Philip’s lighthearted yet rational kind of mobility was intensely attractive to the refugee girl in me, that skeptical kid who will never trust the abilities of her adult self. He has five passports, a small voice begged. If another home goes to hell, another revolution or war, this man will keep us safe.

Iran has been a pain in my heart since the 1988 day when my mother removed me from under the dangerous gaze of the Islamic Republic. For the next decade I tried to distance myself from it, to become an accomplished American. I hated that place. It was an ugly part of me and I couldn’t get far enough away from it. Then I grew up, I moved (with Philip) across the world, and I realized that some part of me was missing. I felt homeless. Europe wasn’t home, but neither was Oklahoma, where I had spent my adolescence but where I no longer had any family. Oh, to belong to some place, I thought — and still often do, as I sleep in strange apartments around the world, as I look for somewhere to go every Thanksgiving, as I’m jolted awake in lonely midnights thinking I’m elsewhere.

Strangely, my search for belonging has uprooted me even more.

Philip was my best friend, the only person who knew my darkest secrets and loved me anyway. He knew about my control issues and my temper, my insecure little habits. He knew the unspoken meaning behind every word. Why did I let him go?

Five years ago, Iran returned to me, hard, bringing with it its music and its food and its promise of love and life and a home. Shortly after we moved to France I announced that I wanted to write a novel set by the Caspian Sea. I ordered stacks of books on the Gilan region of Iran. I called scholars in Rasht and Tehran. I learned Persian slang. Philip encouraged me, eyes always proud. I thought, You’re an exquisite man. I wish you spoke Farsi. I wish I could tell you that you’re a shah-kar.

I made friends with Iranians. Philip added them as Facebook friends.

I read and read about the country I had left behind, immersing myself in a ghostly other life I might have lived, and this was a balm I grew to crave and need. I started to remember things: sweet lemons, unripe almonds eaten with salt, a river in the desert around which our village had sprung up and where I swam and played as a child, the setar music and the strange old-world phrases. The sensuous Iranian attitude toward love and life. These things fascinated me. I listened to music from Tehran, cooked Persian dishes. Philip said they were better than coq au vin and boeuf bourgogne. Sometimes he called me by an Iranian nickname.

I thought often of my father, left behind in Isfahan when I was 8, and how I would have loved to grow up with my own Baba-joon nearby. I was desperate for a father figure. At our wedding I had walked down the aisle alone. I listened to songs by old men. I often dreamed that other people’s fathers and uncles would adopt me. Finally, I put it all in my novel. In our doomed dance, Philip saw this longing and gallantly tried to become that Baba-figure for me. Soon he was making almost all of my decisions — where to live, what to eat. At the lowest point in our marriage, when I had given up almost every true part of myself, he was choosing all my clothes.

I had come to America to be an educated, empowered, Western woman, and I had done that, but at some point I took a wrong turn and now I was more faceless and dependent than any of my foremothers in the Iranian village I left behind. What had happened to all my savvy, all my confidence and courage? I felt my authenticity, my strength draining away.

Then in Amsterdam I made friends with other Iranian exiles at a time when the 2009 stolen elections were on all our minds. It was soothing to talk together of our lost country, the way it used to be. Once I stood in front of my bookshelf with a new Iranian-American friend. We tried to read the pages of Farsi together at a second-grade speed and though we barely knew each other, I found such comfort in it. We knew these words. We may have had to stumble through them but they were our own unique and wonderful language. Suddenly I felt a sense of belonging and home.

I thought about it for days. I dreamed of my birthday parties in Iran where a hundred friends would sing Tavalodet Mobarak, the Farsi birthday song, and we would dance around the living room oblivious to the idea that elsewhere in the world people might sing other songs, use other words, dance in other ways.

Now, a year later, divorce papers have been signed. Privately, I mourn the losses — of my marriage, my first love, my dearest friend; these are the great casualties of my desire to be an Iranian, to be with an Iranian. To find home and a country, even if I can’t actually live in it. Certainly this is not what my mother imagined when she moved mountains to get her children out of Iran. Certainly this is not what I imagined as I worked so hard for my Western education. But I want a sprinkle of Iran in my life. I long for roots. I want to speak Farsi with my children and to discover old songs with my future partner — to miss our former home together.

Today, I’m at the Iowa Writers Workshop. My first novel was published just days ago. I’ve found a house to live in, roommates, my own bed. Philip and I are still friends. It feels good, these things I’ve done on my own — the kind of things my new ideal kind of woman would do, whether she lives in New York or an Iranian village like the one I left behind. I’ve regained the strength that I lost, my immigrant hunger.

I wonder, is this — finally — the real, most genuine, version of me?

There are moments of great doubt. Sometimes I find myself wandering toward groups of Iranians in streets, looking for a few of my own native words. If they arrived recently from Iran, I last 10, maybe 15 minutes in their company before realizing that I am no longer one of them. This frightens me, the notion that a shared language isn’t everything, or maybe anything — that there is no deeper understanding between strangers. Maybe my mother tongue isn’t the one I share with them, but something like the one Philip spoke — the one you create when you’re from nowhere in particular. Maybe we are all alone in our dialect, and in that there is a shared experience.

And yet, nowadays I spend a surprising lot of time and money looking for Iranian books and music, and cooking Persian food for other writers at Iowa. It’s comforting. I have ownership of it. This is me in my simplest form, doing what I do. I didn’t let anyone else steer me there. I think people recognize that, my struggle with authenticity, vulnerability, growing into my face after years of trying to decide what it should look like — American? Iranian? Wife? There is something wonderful about letting other writers see me. I think it’s that they understand this other language Philip and I shared, the language of pain, of homesickness and divorce, the language of unexpected longing. I think I could feel at home here, where native words aren’t some magic unifier but buried pieces to unearth over many years, and being a little tongue-twisted, a little strange in your rhythms, is considered the most beautiful thing.

Dina Nayeri is the author of "A Teaspoon of Earth and Sea" (Riverhead Books 2013). Her work is published in over twenty countries. She is a graduate of Harvard Business School and the Iowa Writers Workshop. She lives in New York City.