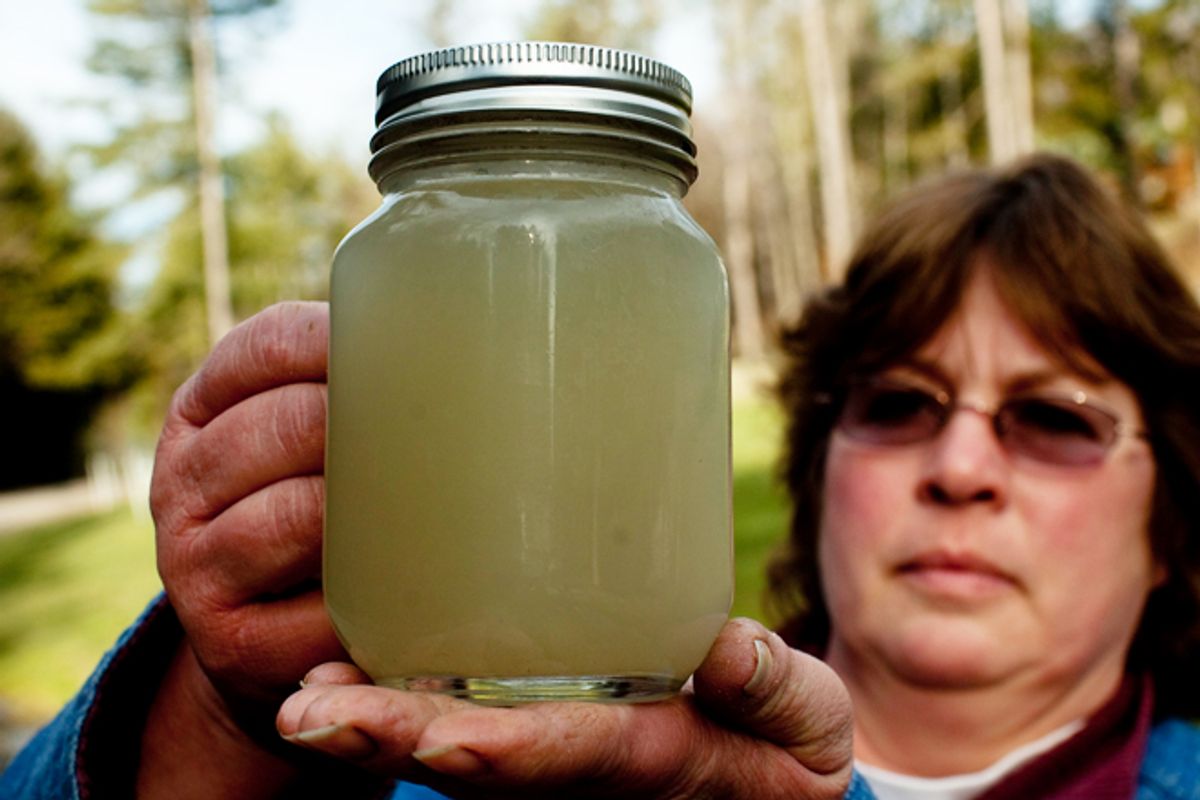 The town board in Sanford, about 100 miles southwest of Albany in Broome County, passed a resolution in September saying there already had been hours of public comment for and against gas drilling and that no further discussion would be allowed during board meetings, although residents could still submit comments in writing.

"If people are silenced by their own elected representatives, how can they trust them to act in their best interests?" said Natural Resources Defense Council attorney Kate Sinding as her group announced the U.S. District Court lawsuit. NRDC and Catskill Citizens for Safe Energy filed the lawsuit on behalf of town residents who are members of their groups.

Herbert Kline, a Binghamton attorney who represents Sanford, said Tuesday that the resolution was supported by an opinion from the state Committee on Open Government. He said he hadn't seen the lawsuit yet.

"People who were against fracking had, in the minds of the town board, monopolized discussion in the public participation portion of prior meetings to the extent that very little other business could be accomplished," Kline said in explaining what led to the resolution.

Natural gas development using high-volume hydraulic fracturing, or fracking, is a major political issue in the state, with Gov. Andrew Cuomo expected to decide soon whether to lift a 4 1/2-year-old moratorium on it. Residents for and against development have packed town board meetings for months, with opponents succeeding in persuading boards in dozens of towns to enact bans or moratoriums.

Supporters of drilling, including landowners who hope to sign lucrative leases with gas companies, have persuaded many other towns to pass resolutions supporting the state Department of Environmental Conservation in whatever decision it makes on regulating drilling.

The Sanford town board has passed several resolutions in favor of gas drilling. Town Supervisor Dewey Decker also sent a letter to Cuomo in September urging him to move forward as soon as possible with shale gas development.

The town is in the southern part of the state near the Pennsylvania border, where the gas-rich rock formation known as the Marcellus Shale is most likely to see the first drilling activity if the ban is lifted.

"They shut down public speaking," said Susan Bishop, a Sanford resident who said there had been a lot of confrontation at meetings over the issue. "I feel it is an absolute violation of our rights. It can't be allowed to stand."

Mike Musante, a fracking opponent, said people on both sides of the issue walked out of the meeting when the resolution was passed, "because there was no point in being there."

Before gas drilling became an issue, only a handful of people would attend board meetings, Musante said. But recently there have been about 40 people on each side of the issue speaking out.

"It's extremely divisive," he said. "There are some well-placed families, including our town supervisor, who have signed leases with signing bonuses in the millions of dollars. And there are smaller landowners who are opposed."

The lawsuit is seeking to have the speaking ban lifted and to recover legal fees related to the court action.