No matter what, I'm still Catholic

Despite my outrage at its crimes and the bigotry of outsiders, I am still a believer 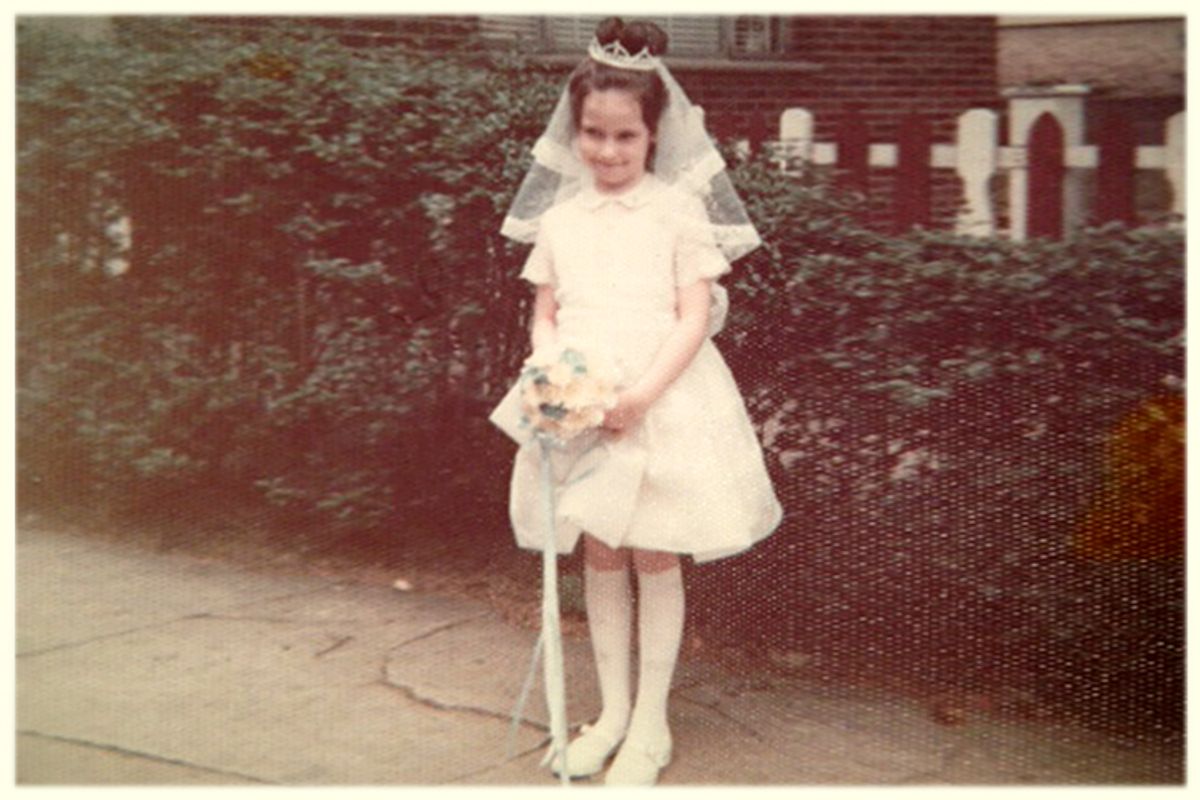 The author contemplating a delicious wafer.
--

When Pope Benedict announced Monday that he was stepping down from the job,  he wasn't, as one-third of Americans who were raised Catholic have already done, walking away from the church entirely. He was just giving notice on the professional side of it. But his choice, coming as it did just two days before Ash Wednesday, the beginning of the most sacred and thoughtful time in the Catholic year, seemed designed to provoke that familiar, recurring question among many of us who fill the pews on Sunday mornings: What am I still doing here? I found myself wondering yet again why I, a feminist and eternal Christopher Hitchens fangirl, in spite of everything supremely messed up and awful in the church, still call myself a Catholic.

It helps, significantly, that I grew up in a relatively untroubled period in modern Catholicism — an era of post Vatican II ecumenicalism, progressivism and guitar masses. It was a church that even now, on some deeply rooted level, I sort of believe was founded by the Canadian ambassador from "Argo" in an afro. Who, by the way, is totally gay.

I went through eight years of Catholic school, and while it was often a mixed bag, I credit it for giving me a genuinely moral education. In Catholic school, I was taught, every day, to articulate what my values were and then put them into practice. At home, I learned from my aunt, the woman who co-raised me and the most devout human being I've ever known, to associate faith with the difficult but rewarding work of generosity, compassion and forgiveness. My aunt challenged me to be vulnerable, she expected me to be loving. Within my young heart, Catholicism spoke to my inherent attraction to the mystical. It's never been for me about talking to an old man in the sky. It's instead been about believing that we're part of something bigger, and striving for connection to it. And even though now I still get it all wrong a lot of the time, I can't ever deny that the better aspects of my character were all forged in my Catholic upbringing. I don't apologize for that, and I don't quantify it. Anything decent or good in me isn't despite my Catholicism. It's right there within it.

Benedict wasn't my pope any more than George Bush was my president. I don't vote for either of those goobers. I didn't like the things they said and did, or their records as leaders or decent humans. So in case you're wondering, I am consistently outraged by the corruption and abuse of power that has gone on within the church, and heartbroken over the lives that have been callously shattered because of it. I am appalled when an institution that should be a force for peace and progress instead focuses on promoting intolerance. I'm furious when rigid dogma leads to senseless death. That's why I tackle these issues regularly in my writing. My religious upbringing trained me to speak out against injustice and exploitation, and hey, if that means making a stink about the way the church conducts itself, I guess I can thank Catholicism for showing me how to do it. Because if your whole enterprise was founded by a troublemaking, authority-questioning outsider, you shouldn't be surprised if that's what you get from his followers.

You might likewise get people like the Nuns on the Bus, the movement of American Catholic Sisters who told that nice Catholic boy Paul Ryan that his budget plan was a hateful slam against the poor. You might, relatedly, get the Leadership Conference of Women Religious, who work closely with the needy and were condemned last year by the Vatican for not being sufficiently vocal enough about birth control and homosexuality. They, meanwhile, continue to espouse "open discussion of church doctrine." You might get my small, multiethnic parish that's run by Capuchin friars, an order "dedicated to the service of real human needs and the proclamation of God's love." They do clothing drives and hurricane relief, and I've yet to hear our pastor say anything intolerant or exclusionary, ever.

Last Halloween, after Hurricane Sandy shut down our traditional neighborhood celebration in our park, the pastor offered families the use of the Catholic school's gym for the festivities instead. There was no request for a fee, no implicit indoctrination. That's why what ultimately drove me in disgust off our local Yahoo parenting group were the responses from people I'd considered friends who were so open in their contempt and distrust of the offer, and who said flatly they wouldn't bring their children into "a church." Aside from the fact that it was a school, at the same location where they'd have to do their voting a few days later, the saddest thing about it was the bigotry it revealed. I take a whole lot of guff on a consistent basis from the so-called faithful who like to tell me I can't be a Catholic and believe the things I believe. But frankly I have been just as condescended to, judged and ultimately bored by mean-spirited, know-it-all Catholic bashers in my life as I have my fellow Christians.

It's an often lonely place here in the quiet land of LGBT-loving, pro-choice, liberal Catholics. Some days I like to imagine it's a little party just for Stephen Colbert, Joe Biden and me. But it's not: 60 percent of American Catholics say they don't strongly adhere to the church's stance on abortion, and even more don't subscribe to its position on same-sex marriage. Nearly 80 percent think you can practice birth control and not attend Mass regularly and still be a good Catholic, while only 20 percent believe in the necessity of an all-male, celibate clergy. You can call us Cafeteria Catholics if you like, but it doesn't change our principles or our hopes for reform. And you can say the church is unchangeable, but it's revised itself plenty over 2,000 years. This is a body that once decided slavery didn't contradict natural law, so don't rule out the possibility of further enlightenment.

I'm trying to raise my daughters to be skeptical and questioning, to figure out for themselves what they believe and to be accepting of those whose beliefs are different. As they grow and go out into the world for themselves, I don't require them to stay in the church. But I hope they get from it what I did, that they can take the best and be solid enough in themselves to leave behind the rest. I hope they'll always take some time each week for the rituals of reflection, and of extending to their neighbors a wish for peace. I hope they live as Paul taught, in a loving way that "always protects, always trusts, always hopes, always perseveres."

For her first communion last year, my younger daughter recited a payer she had learned in Sunday school. They were the words of St. Francis. And I don't really care if you're Catholic or not, they're just a damn good guideline for living. "Grant that I may not so much seek to be consoled, as to console," he says, "to be understood, as to understand; to be loved, as to love." That's what I aspire to in my life, that's what I want for my children. And it's what I will never, ever stop fighting for in my church.